Sunday: If Christ Is Risen, Faithlessness Is in Vain 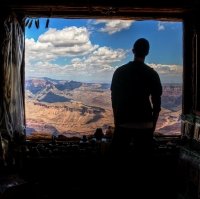 To lack faith is to miss out on the most important thing in your life. In fact, it is to miss the whole point of life. The disciples in Sunday’s Gospel miss the point. On Easter morning, they are headed to Emmaus — in the opposite direction from Jesus’ empty tomb.

They have just witnessed the passion and death of Christ. How did the faithful friends of Jesus spend that morning? They spent it oriented toward Christ. The women went to the tomb to honor the body of Jesus. John and Peter, upon hearing their report of the Resurrection, spent the morning running to the empty tomb.

How did the faithless friends of Jesus spend the morning? Heading the heck out of town. They were not starting a new life. They were fleeing their old life.

When the risen Jesus approached them, disguised, they revealed just how worthless their faithlessness was.

They told him how great Jesus had been, and how that greatness had turned out to be a false hope. They had expected so much from him; instead he had been killed.  They had even heard about the resurrection. Their response was not to investigate the claim, but to discount it and choose disappointment over revelation.

This is a representation of our own faithlessness. Christ rose from the dead and offers great joy. We have seen and heard people who were transformed by this: St. John Paul II comes to mind this. Blessed Mother Teresa is another. They heard the good news and acted on it.

Yet, there is something in modern man — and that includes each of us — that makes us flee the joy and responsibilities of Easter and head for Emmaus — heading away from the trouble of the empty tomb, but also away from its hope. Christianity is an interesting sideline to our life, but it has disappointed us, and we want to make sure we aren’t missing real life and wasting our time.

The Gospel offers a remedy for this. Christ doesn’t shun those who flee; he pursues them. He comes to our side and explains again what he has explained already.

He doesn’t do this in some mysterious mystical way. He does it straightforwardly.

First, he explains our lives to us through the Scriptures. “Oh, how foolish you are!” he tells them. “How slow of heart to believe all that the prophets spoke! Was it not necessary that the Christ should suffer these things and enter into his glory?”

His message is always the same: We do not have to be satisfied with a life marked by unhappiness interrupted by escapism and devoted the world’s fleeting pleasures. Faithlessness leads nowhere. We are made for glory — our desire is for greatness, and that greatness is possible.

Second, he explains our lives to us through prayer. He engages the Emmaus disciples in conversation about their faithlessness and leaves their “hearts burning.” He does this for us, too, if we give him the time and honesty (both are hard to give) that real prayer needs.

Third, Jesus comes to us in the Eucharist.

One of the major causes of faithlessness in Christians is other Christians. We see the corrupt, petty or superficial fellow Catholics around us and we get turned off to the whole Church. But a robust faith in the real presence of Christ in the Eucharist cures that. Just as the awe and majesty of the Grand Canyon overpowers the tourists and souvenir sellers around it, when we recognize Jesus Christ in the tabernacle, we realize that the true story of the Church is his enduring greatness, not the shabbiness of his followers.

A version of this article first appeared in the National Catholic Register.