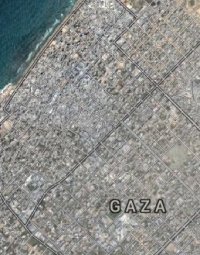 by Eileen Wittig | Eileen Wittig, a senior at Benedictine College, completed a summer internship with the Catholic Family and Human Rights Institute (C-FAM). This article originally appeared on the blog of C-FAM’s International Youth Coalition.

On the first day of the militant fight between Israel and Gaza, the New York Times reported that Israel had warned Gaza’s civilians in the line of fire of the impending attack “in a stated effort to reduce civilian casualties and avoid charges of indiscriminate killings or even of crimes against the rules of war.”

Six weeks later, Israel is being accused of those very things. Gaza is as well. Perceived crimes have increased in number and severity to the point that the United Nations has appointed a board to investigate possible crimes against humanity committed by both Israel and Palestine. As the UN said, the board will be looking specifically for “all violations of international humanitarian law and international human rights law…in the context of the military operations conducted since 13 June 2014.”

Modern International Humanitarian Law is formed from the four Geneva Conventions and their subsequent Protocols. Between them, Israel and Gaza are accused of violating four articles of those documents, all of them concerned with the treatment of civilians.

Article 19 of the first Geneva Convention says that no physical branch of the Medical Service can ever be attacked; Article 50 of the first Protocol of 1977 says that a civilian-populated area remains civilian, and therefore protected, even if military members are present there, and that indiscriminate military attacks are not allowed because of the threat it puts on civilians; Article 51 of the same Protocol describes the prohibition against an attack on any civilian person or building, and against using civilian-populated areas as shields for military purposes; and Article 54 protects anything necessary for the survival of civilians.

Taking these rules without any other context, as many news publications have done, would mean that both Israel and Gaza have committed dozens of crimes against humanity. However, the Conventions and their Protocols include rules that free Israel at least from most of the accusations against them.

Israel has targeted known civilian areas including neighborhoods, a school being used as a refugee center, and a power plant. The aftermath of such attacks is incredibly extensive. For example, the Israeli bombing of Gaza’s power plant has taken out up to two-thirds of the city’s water and energy supply, and repairs may not be finished for a year. All of these places are automatically protected from military attack, but if there is a military target in a civilian area and a warning and time to leave the area is given, then an attack is allowed. This is the rule Israel has been implementing.

In the early days of the fight, CNN, NPR, and The New York Times all ran stories describing Israel’s mass printed warnings as well as their personal telephone warnings. But as the number of Palestinian civilian casualties grows, reports of Israel’s attempts at saving those very civilians have diminished.

The attack that started the most protesting was Israel’s bombing of a UN school that was being used to house over three thousand refugees, many of them women and children, fifteen of whom died in the attack. Unfortunately, many reports did not include any other information. Instead of arbitrarily attacking a refugee center, Israel had been targetingthree Jihadist militants, who had driven by the school to use it as a shield. Israel should have timed the attack to decrease the number of potential casualties, but as government spokesman Mark Regev said, the responsibility lies more on the militants who “were turning the vicinities of schools into war zones.”

The tactic of using civilian areas to protect military ones has been used by Hamas for the entire length of the fight. The Washington Post wrote that Hamas headquarters are located in a hospital and that Gaza had closed its part of the Erez crossing, denying its peoples access to necessary Israeli medical help. Four days previously to the Washington Post’s article, CNN ran a story that said that a “[v]ideo on Hamas-run television showed a Hamas spokesman urging people to serve as human shields,” that Palestinians have been acting accordingly, and that Hamas “regularly uses sites and facilities populated by civilians.”

As Simon Adams, Executive Director of the Global Centre for the Responsibility to Protect, said, “Both the Israeli government and Hamas have a responsibility to protect civilians. This is not just because attacks on civilians will not bring peace or justice to either Israelis or Palestinians, but because international law demands it.” However, neither side is fully acting according to International Humanitarian Law.

The UN’s investigative board will show where the laws have been broken and take action to ensure that they are not broken again. If the laws of war are not followed, war will not only be perpetuated, but the destruction and chaos will increase, and with it, unnecessary, horrific human suffering.