Leading Out of Double Darkness 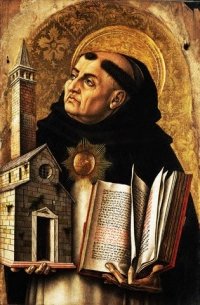 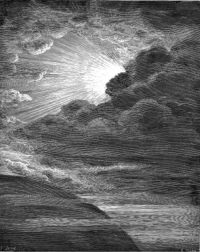 Back in April I wrote about the two most effective habits of Catholic university students. Some eyebrows were raised that I included frequent confession. I stand by that statement, and today will go further and deeper. In fact, were a Catholic university to have the highest caliber academics and neglect the souls of its students, it would fail in its mission. But it would also fail in its mission if it looked only to the soul and did not make every possible effort to cultivate in its students the life of the mind.

“To educate,” as most of you know, comes from Latin, and its etymology stems from words meaning “to lead from or out of.” With respect to Catholic education, it is absolutely essential, and in fact plays a large role in the understanding of the mission of a Catholic educational institution, to consider exactly out of what or where education is supposed to lead.

I have known both parents and educators who have had the attitude that education is about academics and that’s it. For some, the ultimate end was money; for others, prestige. Not that they minded that the college had a chaplain, but his role was an add-on, a gentlemanly nod to religion from the central enterprise of academia.

I have also known others, -fewer but they are out there,- who have said they don’t care what their children learn, as long as they don’t lose their faith in college. Perseverance in morality, they view, is the only thermometer of educational success.

St. Thomas Aquinas, as usual, has a text that is illustrative in this context. Curiously, it is not a question from the Summa, but a prayer. It is the prayer he composed and which he himself prayed before study. It begins, “Creator of all things, true source of light and wisdom, origin of all being, graciously let a ray of your light penetrate the darkness of my understanding.”

So what education leads us out of is darkness. And it does so by helping God’s light penetrate darkness. What darkness? Here’s where things get interesting.

“Take from me the double darkness in which I have been born, an obscurity of sin and ignorance.”  Double darkness.  We are born in sin and ignorance. We need the light of God’s supernatural help to overcome both. We also need our own efforts in the natural sphere to emerge from both. The light penetrates the darkness, and we scrub our windows to let it in.

But this darkness is both of ignorance, the mind’s difficulty in reaching truth, and sin, the will’s renunciation of God and his goodness.

This does not mean that the mission is 50/50 or that the university budget should reflect equal time and money given to both academics and ministry. It merely means that both are essential. A university will spend most of its time and resources leading students out of the darkness of ignorance.

In fact, most of St. Thomas’ prayer, since it is one before study, would seem to address academic habits:

“Give me a keen understanding, a retentive memory, and the ability to grasp things correctly and fundamentally. Grant me the talent of being exact in my explanations and the ability to express myself with thoroughness and charm.”

What an amazing two sentence description of competency in any field!

But Aquinas also recognizes that habits of sin darken our minds as well. (If you scoff at this, make a thorough confession and read it again…)

I once worked at a fledgling high school that wanted to make boys ready “for Harvard and Heaven.” Depending on your vision of the Ivy League, you may debate whether the catch-phrase was good marketing, but the philosophy behind it was spot-on.

To bring out the best in students, we have to desire to bring their minds to truth and their wills to goodness. Catholic education aims at leading us all out of double darkness and into God’s wonderful light. Only this way can we enter into the marvelous freedom of the children of God.

As a new academic year approaches, we ask God to guide us in this momentous task, as St. Thomas asked before every study session:

“Point out the beginning, direct the progress, and help in the completion.  I ask this through Jesus Christ our Lord.   Amen.”