My Mother Taught Me to Hate Death 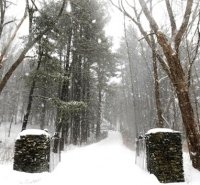 Down, down, down into the darkness of the grave

Gently they go, the beautiful, the tender, the kind;

Quietly they go, the intelligent, the witty, the brave.

I know.  But I do not approve.  And I am not resigned.

That was the poem I found on top of a stack by my mother’s computer the morning after she died.

The poem is “Dirge without Music” by Edna St. Vincent Millay and it didn’t cheer my family up. After all, it described my mother perfectly: She was beautiful, intelligent, witty, brave — and dead.

But now it does cheer me up, because it showed my mother had exactly the right attitude toward death, as she struggled for the last breaths God would grant her: She hated it.

The reason she is on my mind is because she died of A.L.S., a disease that is finally getting attention thanks to the “Ice Bucket Challenge”, because it is November, the month of the dead and the month of her death — and because our culture’s bizarre understanding of death has been in the headlines several times in the past few months.

First there was the case of Robin William’s suicide. A popular image summed up Williams’ death with a picture of Alladin the genie being embraced and set free.  What really happened — he hung himself in a locked room with a belt — was jarringly out of sync with that image.

But in the wake of the comedian’s death, we saw a moment of culture redefinition. Shepard Smith called the comedian’s death “cowardly” and was criticized for insensitivity to the mentally ill. Widely and loudly denounced for the remark, he quickly apologized. But shouldn’t we also be willing to stigmatize suicide, when so many vulnerable people are likely to imitate it?

Then came the articles praising the decision of Brittany Maynard — a young, terminally ill woman — to take her life. Her decision was greeted as a great, brave choice worthy of the cover of People magazine.

This is a bold new posture for America: Not only tolerating suicide, but celebrating it.

It is also part of a larger changing attitude toward death and dying.

Last year, a Pew Survey showed Americans shrugging their shoulders at death. Only a small minority think doctors should do “everything possible” to save them. Nearly two thirds approved of suicide to end suffering.  Six in 10 of those surveyed had not thought much about end of life decisions — and even among those aged 75 or older, less than half had given it much thought.

Not only do we not like to think about death — a breakdown in community ties means we don’t really have to. Pew says a solid majority report that no one particularly close to them has died in the last five years.

Americans’ hatred for suffering is another reason we have become so blasé about death. Pew’s survey makes clear that we would rather die than suffer. It’s not death we fear, it is discomfort.

Which truly is a shame, because suffering is bad, but death is worse. My mother taught me that.

Her smile was legendary. Everyone mentioned it at the reception. She was always smiling. The worse she got, the greater her loss, the more she smiled. Even in the end, when breathing was hard, she managed to smile.

She also managed to joke to the end. One of her last acts was to send out an e-mail of jokes, like so many she had sent throughout her life.

But she was not happy about her situation, and she certainly wasn’t happy about her impending demise. She asked me once, speaking through a device that allowed her to type her words, “Why does God let this happen?” I mumbled something about the cross, but then stopped, aware that she knew things I couldn’t about suffering.

But reflecting on the poem we found, it comforts me. It shows my mother was the opposite of suicidal, the opposite of despairing. She did not approve of death. Neither does God.

She had the same attitude toward death that Christ did. Death isn’t merely the “passing over” we politely call it. It is a radical separation of soul and body. It was never intended. It came from sin.

“In the plan of God,” says the Compendium of the Catechism, man “would not have had to suffer or die.” As St. Ambrose put it, “Death was not part of nature; it became part of nature. God did not decree death from the beginning.”

It is only by the extraordinary grace of God becoming man and dying for our sins that death is anything but a horror to us. And even now, “the last enemy to be destroyed is death,” says St. Paul as he looks to the future to Christ’s complete victory.

I still don’t know why God allowed my mother to suffer what she did. But along with all the pain and heartache that came from it, I know much good came from it too.

I got to see her smile, and I got to read the poem she left. The two go together.

I am not resigned to the shutting away of loving hearts in the hard ground.

Into the darkness they go, the wise and the lovely.  Crowned

With lilies and with laurel they go; but I am not resigned.

This article appeared first in Aleteia.