Sunday: Render Unto Caesar This November 4 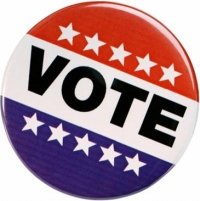 This Sunday (the 29th Sunday in Ordinary Time, Year A), the Church gives us the famous “Render unto Caesar what is Caesar’s and unto God what is God’s” Gospel.

It is famous because in it Christ draws a line between Church and state. But the way he does so is significant. He points out that Caesar’s image is on the coin, and thus the coin belongs to Caesar. The unspoken corollary is that his image is on us, and thus we belong to God.

In America, there is no emperor. In a system of self-government we the people hold the place of Caesar. For us, rendering unto Caesar does not just mean giving the emperor and God their due: It means giving our democratic republic its due.

In America, to follow Christ’s command you have to participate in government. For most of us, that means we have to vote.

In a year when so many momentous issues are in the hands of Congress, it is more important than ever to render unto Caesar this Nov. 4, Election Day.

Here are some voting advice to keep in mind, derived originally from Priests for Life materials.

1. Every Vote is Important

Those who remember the year 2000 know that every vote mattered so much that teams of officials poured over every ballot. Lest other lessons be lost to memory, presidents who squeaked into office include Woodrow Wilson and John F. Kennedy.

On the state level, the stories are endless: Significant elections have very often been won or lost by narrow margins. This year will be no different.

Don’t let the perfect be the enemy of the good — especially in politics. Too often we have unrealistic expectations from the political system. We are not voting to canonize a candidate; we are voting to give him or her temporary power to do some limited good. Find out which candidate will do more good. This is not “choosing the lesser evil.” It is choosing the most good.

3. Pro-Life Voters Are Not Single-Issue Voters.

It’s an open secret that most voters, deep down, are single issue voters. We vote our party or our pocketbook or our Union. But all of these single issues depend on our fundamental rights, primary of which is the right to life. Lose that right, and all others fall. So if you vote the right to life, you are voting not for one issue, but for all the rights and duties that follow it.

Sometimes we are tempted to vote reactively. We feel offended by one action or another of a candidate and by gum, we’ll show them!  Venting may be helpful, but the ballot is a bad place to do it. Write the politician an angry letter, but when you are at the polls, vote for whichever candidate will most fundamentally serve fundamental justice to those born and unborn for years to come.

Go to your polling place first thing in the morning. Don’t put it off. If you do, the chances of getting sidetracked and never making it to the polls only increases.  Tell your boss you will be late for work because you have to vote.

Be armed with the reasons above, and encourage friends to vote.

Offer rides to those who need help getting to the polls. Parishes or pro-life groups can organize carpools. Big families have big vans that can be employed getting people to the polls without violating any rules. Is it hard for someone you know to get out to vote because they have to watch their children? Offer to watch the kids — or set up a service at your parish that does so.

E-mail, Facebook, text and call your friends to remind them it’s voting day.

Tell them Nov. 4 is the day for American Catholics need to get out and “render unto Caesar.”