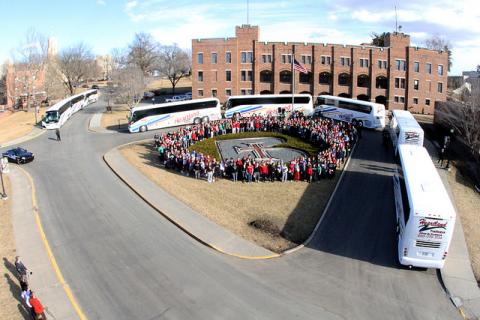 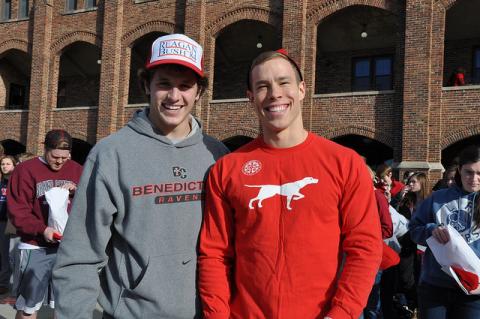 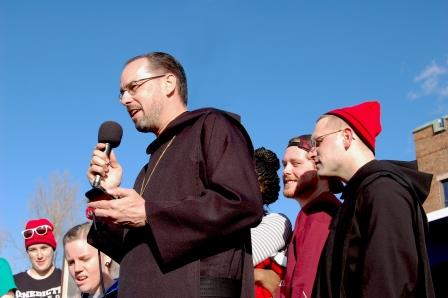 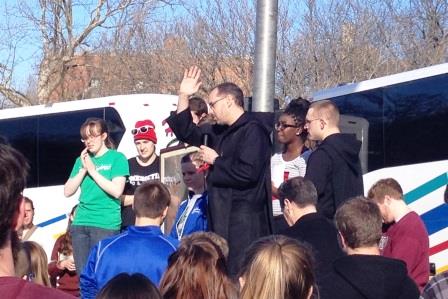 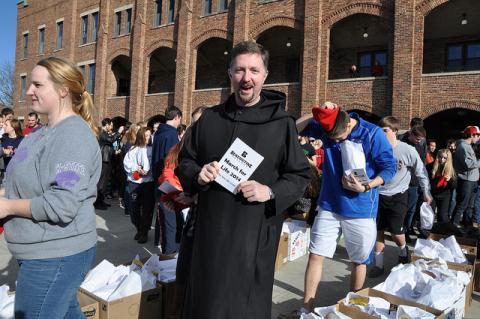 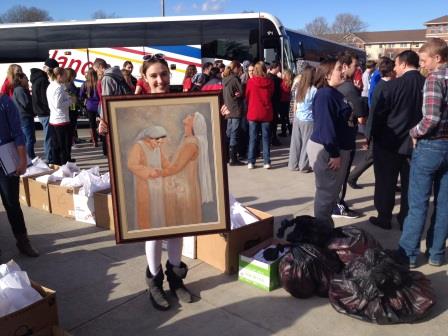 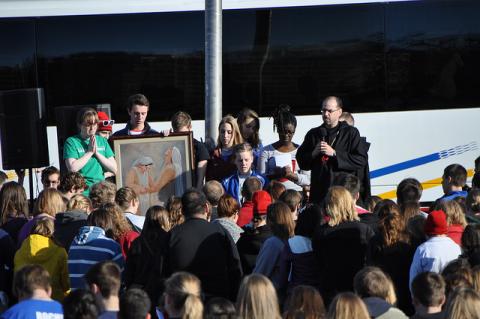 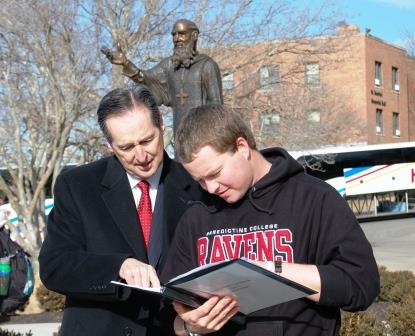 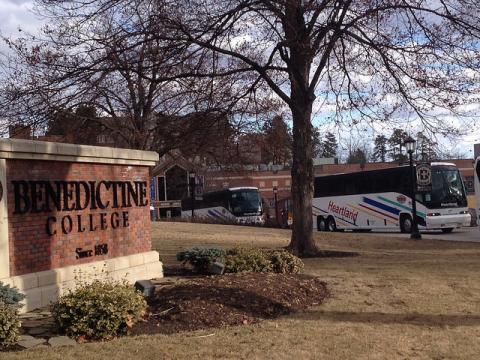 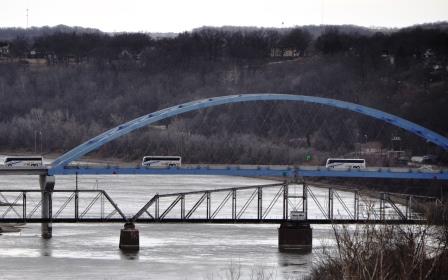 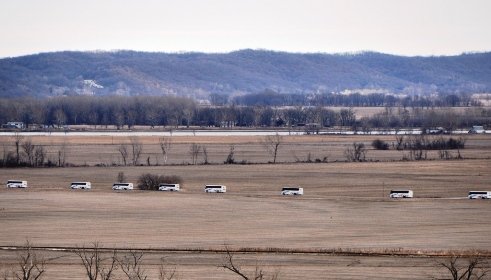 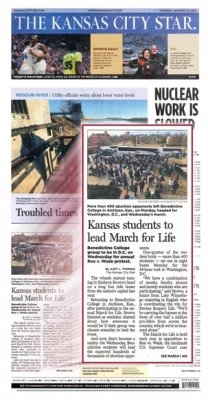 Eight buses and nearly 400 students ready themselves to leave Atchison for Washington, D.C.

Students will be gone from campus until Thursday, Jan. 23.

Abbot James Albers, who as a student went on early trips to the March, blesses students. He will ride the bus with them.

Students have organized the Benedictine trip from the beginning and organize it still.

Students will bring a picture of the Visitation to promote Mary in the year of the college’s consecration to the Blessed Mother.

Students prayed before heading out.

Buses head out of campus …

… and across the Missouri River …

… and on, eight in a row, to Washington. 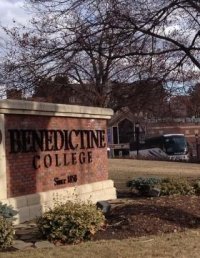 After sending seven buses and more than 340 students to Washington, D.C. last year for the annual March for Life, Benedictine College in Atchison, Kan., has been honored with the lead position in the March this year.  Members of the college’s student pro-life organization, Ravens Respect Life, will carry the banner at the head of the procession on January 22, 2014, the 41st anniversary date of the landmark Roe v. Wade Supreme Court decision that opened the door for legalized abortions.

“The news that Benedictine College will be leading the March For Life has been the hot topic on campus all semester,” said Kathryn Brown, March for Life coordinator for the Ravens Respect Life organization. “We in Ravens Respect Life recognize what a huge honor this is, especially since it will be the 40th March For Life, and we are proud to be taking the lead in front of over half a million pro-lifers who will be standing up for God’s most precious gift to us.”  Read more of Kathryn’s comments in a January 8 post on the Gregorian Institute’s website.

Each year Benedictine College sends the largest group the greatest distance for the annual March, and they have already exceeded last year, filling 8 busloads for the 2014 event, the 29th year students have made the trip.

“About 20 percent of our student body is willing to take that long, 48-hour round trip bus ride in support of life,” said Stephen D. Minnis, president of Benedictine College.  “I am proud and amazed by our students.”

The college’s trip has received coverage so far from: