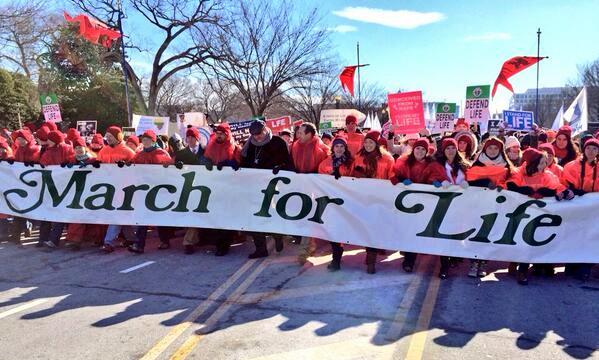 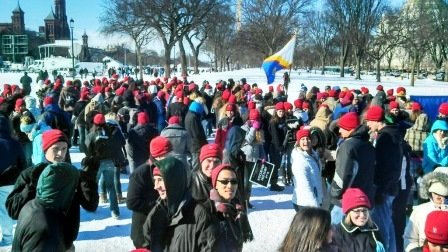 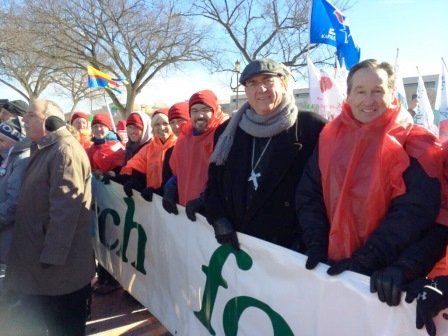 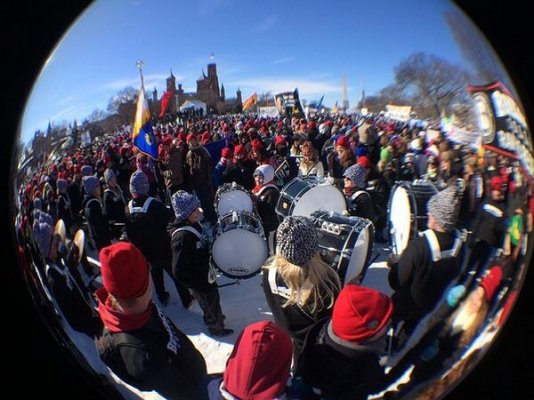 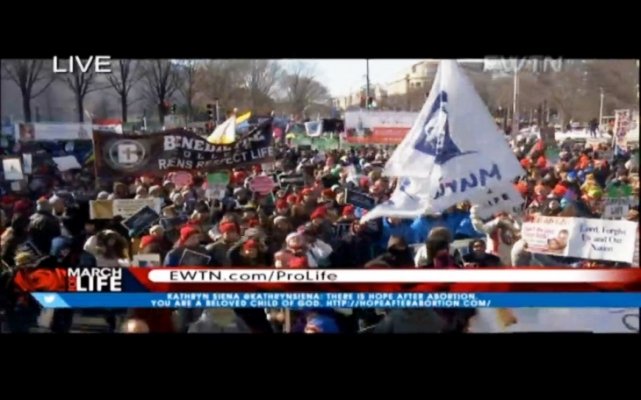 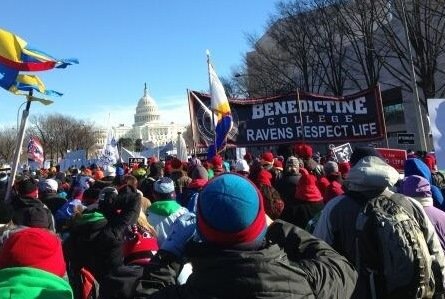 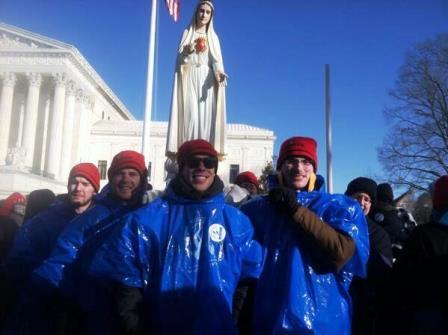 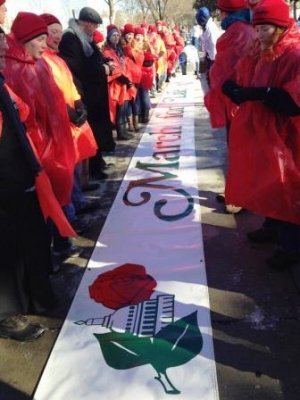 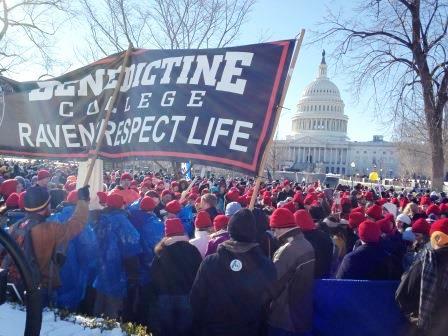 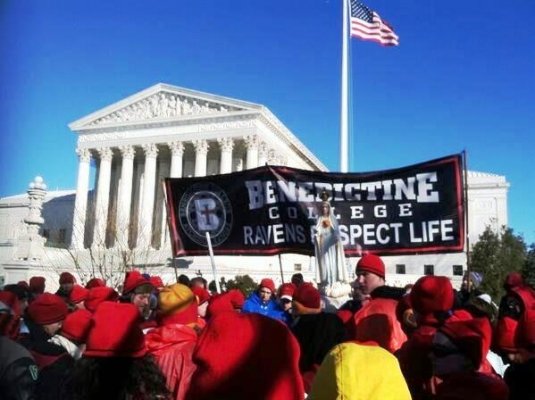 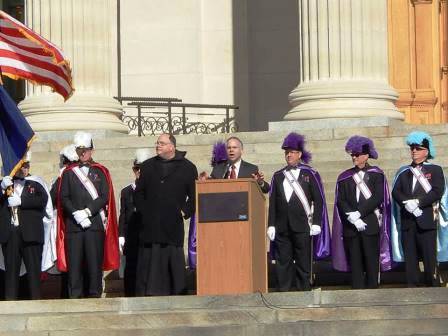 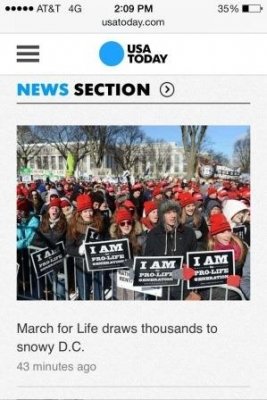 Benedictine College was chosen to hold the lead-off banner in the March for Life, thanks to Gregorian Fellow Kathryn Brown. (Photo BC CIrcuit/Adam Burns)

Memorare Army: Benedictine College men carried a pilgrim statue of Our Lady of Fatima that had been blessed by Pope Francis.

The March leaders from Benedictine College with Archbishop Naumann lay down the banner in front of the Supreme Court.

On the steps of the Supreme Court, Benedictine College announced its new Youth for Life summer program.

In this year of Benedictine College’s consecration to Mary, students ended the March for Life with a rosary on the steps of the Supreme Court. (Photo Brianna Sluder)

USA Today featured a photo of Benedictine College students in its coverage of the March for Life. 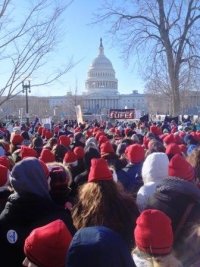 Benedictine College in Atchison, Kan., was honored with the lead position in the March for Life on Jan. 22, 2014, the 41st anniversary date of the Roe v. Wade Supreme Court decision that legalized abortion. See the slideshow above (e-mail readers, click here.)

The college sent eight busloads for the 2014 event, the 29th year students have made the trip. Fifty students held the lead banner for the March for Life along with President Stephen D. Minnis, Archbishop Joseph Naumann and Abbot James Albers.

Benedictine College announced a new pro-life initiative on the steps of the Supreme Court at the March. Click here for details.

President Minnis said, “As the flagship college of the new evangelization, Benedictine College is proud to be the standard bearer of the 40th March for Life. This is a student-led trip and it is exciting to see the passion of this generation. They really see abortion as the civil rights issue of the day and just like the freedom riders of the ’60s, they board buses and travel across the country to fight injustice.”

Kathryn Brown, a Gregorian Fellow, was the March for Life coordinator for the Ravens Respect Life organization. “We in Ravens Respect Life recognize what a huge honor this is, especially since it will be the 40th March For Life,” she said,  “and we are proud to be taking the lead in front of over half a million pro-lifers who will be standing up for God’s most precious gift to us.”

The Washington Post quoted Kathryn saying “You walk up Capitol Hill and you can’t see the end of the crowd, it’s an ocean. It’s one of the most moving things I’ve seen in my life,” in a Jan. 22 story. “The amazing thing is, they aren’t there because they’re mad at the government, they’re there out of love, sacrificing themselves in the cold out of love.” Read more of Kathryn’s comments in a January 8 post on the Gregorian Institute’s website.

Coverage of the Benedictine College trip has included:

“About 20 percent of our student body was willing to take that long, 29-hour bus ride to Washington, D.C., in support of life,” said Stephen D. Minnis, president of Benedictine College. “I am proud and amazed by our students.”

Special aspects of the trip were noteworthy:

“I see attendance at the March for Life as something almost necessary for a Catholic college student,” said Jeanne F. Monahan, president of March for Life.  “Field trips like the MfL can change and form a student’s perspective in many ways, as well as help to foster vocational and professional inklings.”

President Minnis agreed. “This doesn’t end at the March,” he said. “Ravens Respect Life members take their youthful passion and put it into practice. They go to nursing homes to help the elderly, they skip a meal to give meals to the poor and they go on mission trips around the world. These young people are putting their support for life into action.’