Waiting For a Pin to Drop 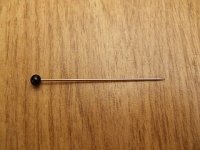 Home safe and sound from Albuquerque, in case you were wondering.  With satellite guided directions, it is hard to get lost these days. A smart phone normally means the owner doesn’t have to be. I like the way the pin drops down on the map, marking the destination. That fixed point stays there, while the little dot blinks and moves ever closer to the destination.

Life is not often like directions guided by a satellite. The Magi had a star, though, which worked very well. They were overjoyed, the Gospel says, when they saw the star. But the star was not a fixed point, it was a moving target, and only came to a stop over Bethlehem.

During this Christmas season, as a family we have been going through Six Sacred Rules for Families (A Spirituality for the Home) by Tim and Sue Muldoon. The six rules are very practical, and the first one sets the stage for the rest. The first rule is that God brings our family together on pilgrimage.

There are some trips that are mere strolls. The important thing is the journey, just enjoying the ride. It doesn’t matter where we end up. I haven’t done many of these trips, but there are times when my wife and I have taken a walk or a drive and eaten at a place that looks inviting. It was more being together, not gunning for a goal.

Another attitude is that the goal is everything and the passing scenery is a distraction. We live in fast-forward mode, and might as well be the third guy on a four man bobsled: run, sit, wait, brake. (And lean with the team into turns, but you get the picture.)

Tim and Sue Muldoon explain how God brings a family on a pilgrimage. The destination is identified; it is eternity, but it is not a point that we see fixed and looming ever before us like the red dot on satellite directions. It is more like the star of the Magi, mysterious and beckoning, and above all requiring faith. The journey is still important, because little by little the pathway is revealed, and we only fully understand God’s hand in retrospect.

So often we are waiting for a pin to drop, even in silent prayer. Most of the time it will not come. There will be stars that disappear during the day, and weave in and out of the clouds and the gloom. And there will be times when the star stops, and we have moments of confident assuredness. But mostly, we live our pilgrimage by faith. But we as a family live it together, in the everyday things of life.

My six-year-old wondered about camel poop yesterday. I told him I’m sure that was a part of the Three Kings’ journey. T.S. Eliot mentions “the camels galled, sorefooted, refractory, / Lying down in the melting snow.” It was a real trip with real inconveniences, but there was also real faith, and in the end it yielded a real, life-changing encounter with Jesus Christ.

Let us not be waiting for a pin to drop. Let us embark on the pilgrimage of faith with joy at seeing the star, and when it hides behind a cloud, let us look to simple, everyday events, and watch closely for the hand of God guiding us home, galled and sorefooted, perhaps, but always seeking and finding Christ.