What to do when the world is falling apart 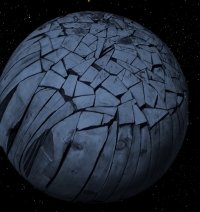 What should a Christian do when the world is sinking into chaos?

Disturbing violence fills the international headlines: ISIL is beheading journalists, crucifying Christians and exterminating Yazidis. Mexican drug cartels run rampant, leaving headless corpses in their wake— and they are increasingly setting up shop on our side of the border. Gang rape is big problem in India, Australia and Great Britain as police battle sex slave rings. What’s next? Ebola?

At the same time, domestically, Christian beliefs seem to be receding into darkness: California is forcing Catholic institutions to pay for abortions — which the HHS Mandate wants to do nationwide.  The Ferguson riots reveal a deep racial divide — and expose how quickly rioting and looting can take hold in a major American city. Catholic (and Jewish and Muslim and Buddhist) beliefs about marriage and family are denounced as bigotry and given no rights.

So, what is a Christian to do? At first, it seems disaster training might come in handy: Flee if you can; take cover if you can’t. Find a good hiding place, assume a fetal position and pray that death will be painless.

But we can do better than that.

Don’t forget what happened in the storm when the Apostles panicked and cried “Save us, or we perish!” Jesus said, “Why are you afraid, you men of little faith?” Then “he got up and rebuked the winds and the sea, and it became perfectly calm.”

We know, in fact, that the forces of darkness are not destroying the forces of the good, beautiful and true. Because that would be impossible.  The world is God’s, not the devil’s, and God’s will is ultimately unstoppable.

An interview Daria Sockey did with Brian Jacques has stuck with me for years. Jacques is the late author of the Redwall young reader book series, and he defended his books’ plotlines this way:

“Good always wins. Always! Not just in books but in real life. If good didn’t always win we would all be marching around with swastikas tattooed on our foreheads, wouldn’t we?”

That is a good comparison, actually. Think how people must have felt in 1941. London suffered its worst blitz from Germany in May. The holocaust entered a brutal new phase of efficient killing. Stalin began massive ethnic deportations, like a second Hitler. Then, just when it couldn’t get worse, Pearl Harbor got pummeled by Japan in December.

Amid the descending darkness of World War II, everything seemed to be falling apart. But today, we know that this wasn’t the end of the world. In fact, evil’s overreach met with such a strong reaction that nations learned to reject totalitarianism, and a new era of peace and prosperity was ushered in.

Islamist thugs, violent drug lords and anarchists are a grave threat now; but if the world responds with courage and sacrifice, they too will be a footnote to history. What will be the “new thing” the world learns this time, and how will it strengthen our future?

If 1941 was scary internationally, think of how painful it was domestically. After nearly 80 years of so-called freedom, black Americans were segregated in the South, and were just starting to organize protests against the snubs by employers in the North. Jackie Robinson’s first at-bat was six years in the future, and Martin Luther King’s Dream was 22 years away.

If our country is rejecting Christian truths today, their errors will also turn out to be a necessary step on the way to learning why those truths are important.

The decision to deny the unborn their rights, and to deny child-bearing couples a special help called marriage, will be disastrous. A lot of courage and sacrifice will be needed between now and then, but in the end, it will be so obvious that the world will embrace the unborn and marriage more than ever before.

He will answer: “I did nothing differently in your time and place than I did anywhere else. I followed the same plan. I sent Christians. I sent you.”

He didn’t just send us, he gave us great preparation. The answers to the world’s problems are on our shelves: In John Paul’s Gospel of Life and Faith and Reason, Benedict’s God Is Love and Charity in Truth and Francis’ Apostolic Exhortation on the Proclamation of the Gospel in Today’s World.

The next step is to take them off the shelves, share them, and help our neighbors start pulling the broken strands of their lives back together again.

What do you do when everything is falling apart? Start putting things back together again — courageously, confidently and constantly, one soul at a time.