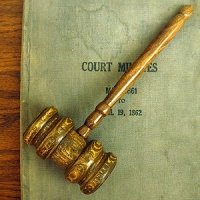 Michael Voris of Church Militant TV interviewed teens on the March for Life. It shocked him.  What shocked him the most is that half of them are loathe to state that the Catholic Church is “superior to all other religions.”  He surmises that they are putting this statement through a “feelings filter” and, even though they may believe it, don’t want to say it in public because it may hurt someone’s feelings.

In his view, this spells failure for the New Evangelization, because when one evangelizes, one will eventually have to say something that hurts someone’s feelings, like homosexuality is an abomination or your live-in relationship with your boy or girlfriend is an “affront to God.” If we try to find an inoffensive way to say these things, “you are going to have to compromise the message.”

Voris’ bottom line is that if you don’t say it plainly, “then you are a coward,” who really cares about your own feelings, even before those of the other person. It’s all about you not wanting others to think badly about you. “You don’t really care about, -wait for it,- love your neighbor.” Young people have been brainwashed to be selfish, he concludes, and to move on nothing more than their emotions. Such unthinking cowards are useless for Catholicism, which is a “thinking man’s religion.”

“Time to grow up” and “put the toys away,” he says to Pro-Life teens. The March isn’t a field trip but a mission to save souls. “Half of Catholic teens have no idea what being Catholic really is.”

Ouch. Voris pulls no punches and is often direct. It may very well be true that most Catholic teens have “drunk the Kool-Aid of a feminizing feelings-first culture.”

Hidden somewhere in Voris’ segment is the idea that evangelization inevitably must be, at some point, negative. One must eventually condemn the behavior of others. That may seem obvious.

But a deeper truth is that our Faith never demands a “no” of us that is not at the service of a “yes” that is greater. What I am doing, ideally, when I share my faith is not arguing about right or wrong. What I am doing is witnessing to fulfillment, to the fact that life in Christ brings joy and fulfillment to my life.  And against such facts, there are no arguments. “The Church is right about contraception and you are mortally sinning by going against it” is less compelling than “Following the Church’s teaching on contraception has brought immense joy and fulfillment to my marriage.”

What young people have to do is not wake up and put their big-boy pants on, as Voris suggests. It is not about confidence in one’s knowledge of the ins and outs and argumentative parries of apologetics. What young people, -and all Catholics!,- have to do is to live and then to witness to the Faith in a way that their deep-down fulfillment is so evident that is becomes an existential argument in itself.

My experience has been that the wish not to offend someone is often not from cowardice, but from a desire to keep a conversation going, in order to build a personal relationship with someone. If I am trying to bring someone closer to the faith, it is a personal relationship, above all else, I am introducing them to Jesus Christ. So leading with “your lifestyle is intrinsically evil” or “an abomination” or even an “affront to God,” even while I  believe that to be true, may not be the best way to make a friend.  It is not cowardice. It’s friendship. Winning a soul is not the same thing as winning an argument.

Is this being soft on sin? I don’t think so. All sin is the enemy of personal fulfillment, and all sin blocks the happiness that God wants the person I care about to have. Tough love only works when people know I love them. And that takes time. The “yeses” have to be well established before the “no’s.”

Jesus never lambasted Judas, He never even blew his cover. He knew he was selling Him out, and so delicate was his love that the other disciples suspected nothing. He kept the relationship open to the very end, when he allowed Himself to be betrayed by a kiss.

It is much better, I think, to have young people living a life of faith that is so fulfilling that they can honestly say, without it coming out of an apologetics manual, “Following the teachings of the Church brings me true, deep, lasting fulfillment.  I wish this same thing for you. Christ and his Church want what is best for us, and x, y, or z, block our path to happiness. Even if you think you’re happy, there may be another whole amazing level of fulfillment that you have never experienced.” And that is way more challenging, and takes more courage than merely speaking the truth. It means living Faith in a way that transforms one’s life each day.

So while I think Michael Voris is right to call out Catholic youth for being wishy-washy, I would not want them to be so emboldened that they become a generation of people who think preaching the truth means that calling the behavior of others “evil” is, in the name of truth, the only or the best way to evangelize.

When we evangelize, we are always wishing others the very best happiness possible. That is our motive. People never accept a “no” until they understand the “yes” for which it is worth selling everything to buy the field in which the treasure is buried. And it becomes their own treasure and their own joy.