A Gregorian Fellow Goes to Washington 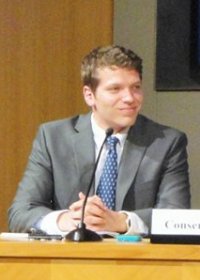 By Tony Bergida || Tony Bergida is a junior Gregorian Fellow at Benedictine College. We asked him to tell us about his summer internship in Washington, D.C.

This past summer I interned in Marketing Technology at the think tank The Heritage Foundation in Washington, D.C. As a department intern team, my team and I conducted web maintenance, testing, and data collection. As part of the larger Heritage program, we participated in a lecture series that included notable guests such as Edwin Meese, former U.S. Attorney General under the Reagan Administration. I competed in the annual Heritage Foundation vs. Cato Institute debate in front of a packed auditorium and hundreds of additional viewers online, along with Cameron Swathwood, a fellow intern from Liberty University. Lastly, I had the opportunity to publish two articles on The Daily Signal, a news source run by The Heritage Foundation.

After work and on weekends, we interns would explore Washington, D.C. My most memorable excursion was wandering through Georgetown on the Fourth of July. As we stood on the waterfront, waiting for fireworks, a large group of young men paraded an enormous American flag through the crowd, chanting “USA!” That night I stood on the pier, with thousands of people, from all walks of life, from all across the nation, from all around the world, to celebrate the blessings of liberty.

Reflecting on the summer in its entirety, 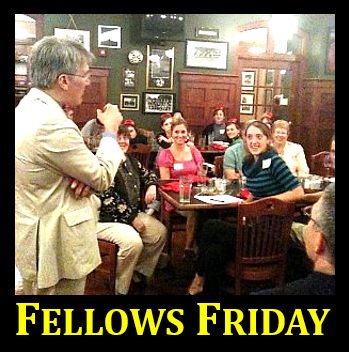 I think
that the internship reignited my sense of wonder in regards to government and its relation to the human condition. Washington, D.C. is the center of so much conflict, and yet on that one night, staring up into the night sky, the crowd experienced jubilant peace, or at least a political cease-fire. Walking down the streets of a nation’s capital driven by the self-centered, it is easy to feel lost. In moments like these I would reflect on the words of Gaudium et Spes, that a man “cannot fully find himself except through a sincere gift of himself.” I am grateful for the Gregorian Fellowship Program’s support of and emphasis of Christ-like servant leadership, laying down our lives for others. The selfless people I met through The Heritage foundation in Washington, D.C. and those I meet through the Gregorian Fellows at Benedictine College motivate me to pursue greatness, not for myself, but rather for God and, by extension, my fellow man.