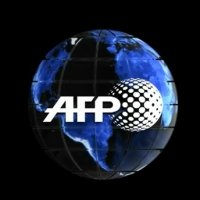 Fisking is a now-rarer art from the early days of blogging, kept nobly alive as by Father John Zuhlsdorf whose blog “What Does the Prayer Really Say” helps us see what everything really says.

But when I read a story from Agence-France Presse news agency about the debut of court-sanctioned polyamory, I couldn’t resist using the “Zisking” style of emphasis and added comments.

‘I do, I do, I do:’ Brazilian female trio get hitched [which means “get married”, right? Wrong. Just watch.]

Rio de Janeiro (AFP) – Three’s a crowd? Not in Brazil, where three women have defied deeply conservative trends in Congress and wider traditional mores by celebrating a polyamorous civil union. [Not long ago, President Obama and Hillary Clinton were both against gay marriage. Now, suddenly, you need to be in the grip of “deeply conservative trends” to be against multiple spouses?]

The happy trio, who reportedly have shared a bed for years and say they want to raise a child, took an oath of love in early October in the presence of Rio de Janeiro notary public Fernanda de Freitas Leitao. [The “reporter” isn’t stating facts but creating a word-picture of a happy marriage where none exists.]

“This union is not just symbolic,” because it defines “how they intend to have children,” attorney Leitao said. [Note: The reporter’s only legal expert in the story is the lawyer the women paid; and the lawyer seems to have taught the reporter how to obfuscate about the situation.]

The lovers — a businesswoman and a dentist who are both 32, and a 34-year-old office manager — have been together for three years and wish to remain anonymous. Despite salacious media speculation about their supposed love life, they are in fact shy, their lawyer said. [It is salacious for the media to speculate about their “supposed” love life, says the “reporter” who just finished telling us the “happy trio” “shared a bed for years”.]

The union is not a formal marriage, because under Brazilian law that would be bigamy. Neither are they automatically allowed to declare joint income or join a healthcare plan for spouses. [She finally admits it!]

“If they seek these rights before a court, they could obtain them — and I think they will,” Leitao said. [You and I know the lawyer is paid to think that. But does the “reporter” know that?]

They also have a better chance now of making good on their plan to create a three-parent family, Leitao said.

“Our union is the fruit of love,” the unnamed businesswoman in the trio told the daily O Globo.

While these are the first women to enter a three-way civil union, a similar ceremony was held in 2012 for a man and two women in Sao Paulo state.

According to Leitao, [And only Leitao, so far as this article tells us] “all the principles and fundamentals” of that ruling “can also be applied to polyamorous relationships.”

Brazil, the world’s most populous Catholic country with a growing Evangelical population, is full of contradictions, including a permissive view of sexual relations typified by the famous tiny Brazilian bikini.

In Congress, one of the most socially conservative in Brazil’s history, legislators are currently debating a measure that defines a “family” as the union between a man and a woman. [No, it’s “marriage” they define that way … and everyone defined it that way until about five years ago.]

But at the same time, polyamorous relationships are common in popular culture, including in two popular telenovelas and a TV documentary series. Fans of the topic will dip into a 1996 novel by Jorge Amado called “Dona Flor And Her Two Husbands.” [Umm .. common in popular culture because of two soap operas, a piece of journalism and a 20-year old novel?]

Anthropologist Antonio Cerdeira Pilao, an expert on polyamory at the Federal University of Rio de Janeiro, says Brazil has had a lax attitude to rules about traditional couples since colonial times, when sexual relations between slave owners and slaves was common. [We finally have another voice … from academia of course. And bizarrely, the best he can do is reference the deeply dysfunctional relationships of masters and slaves?]

Not everyone is excited with the racy new model family, though.

“We are on the path towards chaos,” fumed Euder Faber Guedes, head of a major evangelical organization. He considers such relationships an “aberration… opposed to nature as established by God.” [Here is where the “reporter” provides “balance” by quoting the opposing point of view. But she doesn’t quote a spurned “extra wife” who escaped a “polyamorous” nightmare. She doesn’t quote a psychologist who has seen the deep trouble these arrangements invite. She quotes … an evangelical who she made to sound properly fire-breathing.]

“Men with men do not produce children,” said lawmaker and evangelical pastor Hidekazu Takayama in a late September congressional debate. [And another opposing voice is … another evangelical. What he says is perfectly reasonable, but is made to seem unreasonable a moment later with a handpicked quote …]

“Satan is laughing, shaking up family structures while arguing for the human rights of modern women,” Takayama fulminated on his Facebook page ahead of the debate. [And so the reporter ends by laying all her bias cards on the deck. The crazy opponents of polyamory, who she doesn’t bother to interview, even, are just a bunch of freaks who associate the rights of modern woman with Satan, and the proof is right there on some guy’s Facebook page. This is not journalism. This is propaganda.]