Answers About Marriage and “LGBT” 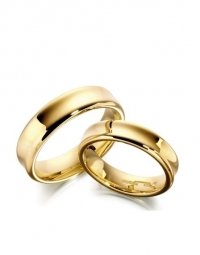 As we wait for the Supreme Court to make its decision on same-sex marriage, several articles this week offered great arguments about marriage and gender issues.

It’s a good thing, too. They are needed. Even a gay atheist thinks so.

That’s how Matthew Parris described himself (ht, RC2) in The Spectator:

“Even as a (gay) atheist, I wince to see the philosophical mess that religious conservatives are making of their case. Is there nobody of any intellectual stature left in our English church, or the Roman church, to frame the argument against Christianity’s slide into just going with the flow of social and culture change? Time was – even in my time – when there were quiet, understated, sometimes quite severe men of the cloth, often wearing bifocal spectacles, who could show us moral relativists a decent fight in that eternal debate.”

His longing for a “severe” churchman is interesting. In a Register in-person interview, Father Paul Check was asked if being severe was a danger in arguing against same-sex marriage.

“You’ve mentioned severity, and that’s a real danger, but I think the real problem is ‘sentimentality,’” he said. “The wider-spread problem is that we have separated a thoughtful, compassionate response – a sensitive response – from the truth. In the opening paragraphs of his last encyclical, the pope emeritus makes a distinction between ‘sentimentality’ and ‘compassion.’ He indicates that the former is a counterfeit and that compassion is something based on the truth.”

Which brings us to an article in The Australian by Sydney Archbishop Anthony Fisher. His commentary piece starts out:

“We all know and love someone with same-sex attraction. We want them to be
happy.”

There follows some great arguments for marriage.

On whether confining marriage to heterosexuals is discriminatory:

“Hold on: what if marriage is essentially heterosexual? No one thinks it’s wrong to restrict primary schools to children, women’s hospitals to women, Aboriginal land rights to indigenous Australians … some things are precisely for them and exist because of them. The question is: is marriage precisely for ‘man and wife’ and, if so, why?”

He gives great reasons why. I love this part about the purpose of marriage:

“Marriage has always been valued for holding together things that otherwise tend to pull apart: sex and love, love and babies, men and women, babies and parents. Not every marriage  successfully unites all these things, but only the union of a man and woman can possibly do so.”

He sums up what is lost by redefining marriage to mean “emotional satisfaction.”

“Reducing marriage to whatever gives adults emotional satisfaction leaves us with no real reason such a union should be for life (as feelings aren’t), why it should be between only two people (three or more may love each other too), or why government should regulate it at all. (We don’t need a registrar to tell us who to love or for how long.)”

In the age of Caitlyn Jenner, Rebecca Ryskind Teti reposted this excellent piece from Paul McHugh in the Wall Street Journal a year ago.

On the same topic, a National Catholic Register in-person interview with Walt Heyer, a man who has struggled with transgender identity issues.

“I lived eight years as a female. I had a successful career, working-wise, as a female for eight years. But I realized after studying psychology that no one can change genders. That’s the first thing you learn when you break the delusional disorder down. It is a delusion to think you can change genders. You can’t. It’s total nonsense. You can live in a masquerade, and the surgeries make it look like you changed genders, but you actually don’t.”

And read The Loop for links to articles about Ted Cruz and marriage, Rick Santorum on Bruce Jenner, and the faked gay marriage study …