Beauty Tips to Save the World 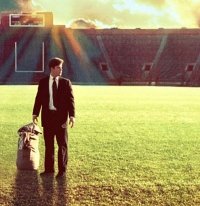 Last week, after I wrote about finding Jesus through goodness, truth, and beauty, Twitter asked me this:

“@TomHoopes Great article! Loved it! But what are some other ways to evangelize using the beauty of the church?”

And in truth, my seven hundred words only scratched the surface of this topic—one great minds have weighed in on.

“Beauty will save the world!” said St. John Paul II, putting the weight of the papacy behind a Dostoevsky quote. That is a lot of confidence at a high level being put on beauty’s ability to pierce the modern fog and reach the heart of man.

And while beauty certainly has the ability to win souls over without our interference, my wife likes to point out that most people need a Beatrice to navigate the beautiful.

So, how to be a Beatrice? I don’t want to make up ways of evangelization through beauty that don’t actually work, so I will stick to describing what worked in the case I’m most familiar with: me.

Alas, the “beauty of the church” didn’t do it for me. The church I attended as a child looked like a flying saucer and featured saguaro cactus shapes inside instead of saints.

But one form of church art did reach me as a child: the holy card. Whenever we would visit her in Bisbee, Arizona, my agoraphobic grandmother would give us holy cards. Her favorite was St. Dymphna, patron of the mentally ill—I think she figured her bloodline would need to stay close to her.

But for us kids, the shiny other-worldly saint images did what church art should do: “point us beyond ourselves to a mystery in which we dimly perceive the promise of complete fulfillment,” as Pope Benedict XVI put it.

Later, it would take greater art to accomplish this—but St. Dymphna for me for a time was as evocative as the pieta.

This alone did not give me faith. I rejected the faith as soon as I had a chance to, by refusing to be confirmed in high school.

I said last week that Bob Dylan caused me to take Jesus seriously—but my shorthand might have left a misimpression. He raised the question, “What is it about Jesus?,” which then took years to answer.

And it wasn’t just one “message song” of Dylan’s that did it—it was the whole album of Dylan lyrics which, in songs like “Visions of Johanna” and “To Ramona,” do one thing very well: tease our longing for something more.

Pop music is at its finest when it shows the shortcomings of the world in satisfying the desires of the heart.

What Benedict says about beauty in Aristophanes works as commentary on Adele and Taylor Swift: “From the search for what is more than their pleasure, it is obvious that the souls of both are thirsting for something other than amorous pleasure. But the heart cannot express this ‘other’ thing, ‘it has only a vague perception of what it truly wants and wonders about it as an enigma.’”

Tell your teens that Adele’s heart will be restless until it rests in God and there is only one guy who will never, ever, ever break up with Taylor.

Literature deserves its own article, but film is literature for many people today.

This is my go-to way of “evangelizing through beauty” after fellow students at the St. Ignatius Institute evangelized me by eagerly sharing Beckett, Babette’s Feast, and A Man for All Seasons.

Early on in our marriage, relatives decided that a wayward cousin could be set straight by being sent to Tom and April’s house. We planned a week of movies: The Exorcist to wake him up, Rudy to grab his heart, A Man for All Seasons to reach his brain, and Braveheart to send him off.

He didn’t convert, but he might have if we had him for longer. Those movies produced some intense conversations.

A powerful story, well-told and accompanied by compelling images is like an armor-piercing bullet for the cynical walls we build around ourselves.

Today in my film classes I’m not evangelizing so much as looking together with students at what it means to be human. But my students have been powerfully moved by films like True Grit, The Hurt Locker, and Pan’s Labyrinth accompanied by discussions of how love, justice, and grace interact in our lives.

Which brings up a good point: some have criticized the “evangelize through beauty” approach because while it may be more “winsome,” it delivers a lot less content than a doctrinal approach. It leads people to say, “Ahhh,” rather than, “How do I register at the parish?”

That’s where Beatrice comes in again. At some point she has to point past all of it to the one who made it all and tell them exactly who he is.