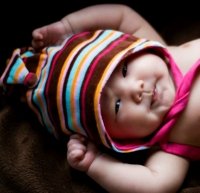 When it comes to kids, does more mean better?

I write for Catholic audiences and I have nine children. Those two facts about my life have exposed me to a number of myths Catholics have about large families.

Myth 1: Large Catholic families are the only ones living Church teaching.

In the 1999, when Ricky Martin’s “Livin’ La Vida Loca” was ubiquitous on the radio, there was a brief effort to make “Livin’ the Vitae Humanae!” a catch-phrase for large families. It didn’t take. But one implication of it was clear: You can tell who is living the Church’s Humanae Vitae teaching against contraception simply by counting their children.

That simply isn’t true. Some couples who are wide open to life have few children or none. Some couples who actively try to prevent conception have several. (I remember one talk by a couple who counted off their kids this way: Condom failure, IUD failure, Pill failure, sponge failure … the story ended in their rejection of contraception.)

The motives and life stories of others are a closed book to us; we cannot know the beliefs or the biology of anyone, nor is it our place to even try.

Myth 2: Large families see their children as trophies in a way that others don’t.

I have seen this accusation most often as a fraternal correction. Large families can come off as brash and arrogant in Catholic circles, because they seem to consider their families superior to others.

I know where this comes from: Dads use a bravado language when talking about their children (“It’s not a race, but if it were I would be winning!”), and moms beam with pride as they look over their Sunday-best brood filling a whole pew at church.

I know dads with two kids who take special pride in the fact that they have a boy and a girl, or two boys, or two girls (“Look at those two, just like their daddy!”). And moms beam just as much over one or two in Sunday finery as they do over 12.
Maybe it’s because of the Duggars, Kate Plus 8 and the conspicuous commercialization of big-family pride that people assume big families are different. Maybe it is because size attracts attention: Giant vans and rows of dresses and buzz-cuts make a big impression. But in my experience all parents consider their kids the greatest thing ever, regardless of their number.

A little more humility from all of us is probably in order.

This myth is inconsistent with Myth 2, but coexists with it comfortably, I have found.

Pope Francis made waves by saying “Some think that … in order to be good Catholics we have to be like rabbits. No. Responsible parenthood!”

He updated his remarks a few days later with praise of large families, but I think he was trying to accomplish two things with those remarks: 1.) He wanted to make sure the secular world knew that the Catholic way is not just to have as many children as humanly possible. 2.) He wanted to make sure that the Catholic world knew that the Church did not expect a burdensome family size from those unable to support it.

It is possible to plan to have large families responsibly; in fact, breastfeeding practices can easily become a natural way to space children. We know many large families and most seem to have set out to have about as many kids as they had.

Myth 4: Our family size should define us.

Family size really does not matter in the end. The most significant people in salvation history — Joachim and Anna, and Joseph and Mary — had one child. Notable women such as Harriet Tubman and Susan B. Anthony and significant men from George Washington to Louie Armstrong had none — not to mention religious from Jesus Christ to Mother Teresa.

So I hereby pledge to strive to be neither defensive nor offensive about family size. My family size motto will be to live and let live.

In the words of Bob Dylan, “I ain’t looking to compete with you, beat or cheat or mistreat you, simplify you, classify you, analyze you, or categorize you. … I just want to be friends with you.”