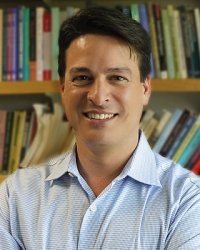 As crimes against human rights continue, it is inspiring to see someone tackling them on a big scale.

Dr. Paolo Carozza has used his expertise in human rights and international law to do great things as a leader on the Inter-American Commission on Human Rights from 2006-2010, and in his distinguished career of scholarship at Notre Dame Law.

Carozza’s expertise is in the areas of comparative law, human rights, and international law, and his extensive writings in these areas have been published worldwide.

As he said in a video featuring Notre Dame and one of his bigger projects, “Law isn’t merely an exercise of power- it has a larger purpose. That purpose is to serve the good and dignity of human persons.”

The Memorare Army is fighting for the same cause as Dr. Carozza, but with prayer. Every day Memorares are prayed by thousands of people for the continued protection and advancement of religious freedom, one of our basic rights as human persons.

Dr. Carozza wrote a piece on the importance of America’s defense of human rights, and argued that religious freedom is the first of all human rights. You can read the whole article here.

America has a long and proud tradition of promoting human rights in the international arena. We were there at the beginning of the modern human rights era, after World War II, when First Lady Eleanor Roosevelt was one of the key framers of the foundational document of international human rights law, the Universal Declaration of Human Rights of 1948. And the United States helped set up the main international bodies that have promoted human rights ever since then.

Among the human rights we successfully sought to have all nations recognize was the right to religious freedom protected in the First Amendment. Often called our “first freedom,” religious liberty and the religious tolerance that went with it was for many years a distinctively American practice, and many fled to our shores to enjoy it. Eventually the rest of world began to adopt the American idea of religious liberty, and today almost every country in the world claims to honor religious liberty, even when it doesn’t in practice.

That historic leadership on human rights is why it is so alarming that the federal government is now seeking to repudiate our tradition when it comes to religiously run businesses. In the Hobby Lobby appeal now before the United States Supreme Court, the government has taken the remarkable position that the owners of a family business have no religious freedom in how they operate that business. The members of the Green family—who own Hobby Lobby and are responsible for what it does—object on grounds of conscience to paying for drugs that can end human life in the womb. They want to continue their practice of excluding those drugs from their health insurance programs. The government says that because they run a business, they do not have religious freedom and enjoy no protections for their religious practices, including conscientious objection. Incredibly, some lower court judges in similar cases have gone even further, asserting that because they view religion as an “intensely individual experience,” even churches, synagogues, and mosques have no right to religious freedom. On Monday, August 31, the Gregorian Institute is hosting a faculty panel on Pope Francis’s encyclical Laudato Si

On August 31, the Gregorian Institute is hosting a panel on Pope Francis’s encyclical Laudato Si at Benedictine College, to discuss what the encyclical means for America. Dr. Carozza is opening the panel, followed by remarks from faculty in the Biology, Economics, Political Science, and Theology and departments.