From Benedictine to New York 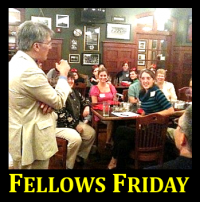 By Lauren Benzing || Lauren Benzing is a sophomore Gregorian Fellow at Benedictine College, studying Theology and Philosophy. This summer she is interning in New York City for the World Youth Alliance, an international, non-governmental, non-profit youth organization that works to promote the dignity of the person at the international and grassroots levels.

The internship here with the World Youth Alliance has been absolutely amazing. Just being in New York City is quite the experience in and of itself, especially having been born and raised in the Midwest. Everyone is on the go all the time, and there are always a million things to do.

And there are lots of things for young Catholics to do. I joined the Frassati Fellowship of Young Catholic Adults, and through that I’ve been connected with a great Bible study, Lectio with the Franciscans, Young Adult Masses (with Cardinal Dolan!), Catholic Socials, and other Catholic New York City events. I’m looking forward to a weekly young adult outreach program beginning soon called “Love and Responsibility in New York City,” which will feature top Catholic speakers Jessica Rey, Damon Owens, Christopher West, Jackie Francois Angel, and Helen Alvare speaking on various topics related to Theology of the Body and relationships.

I have met some incredible people. There are 11 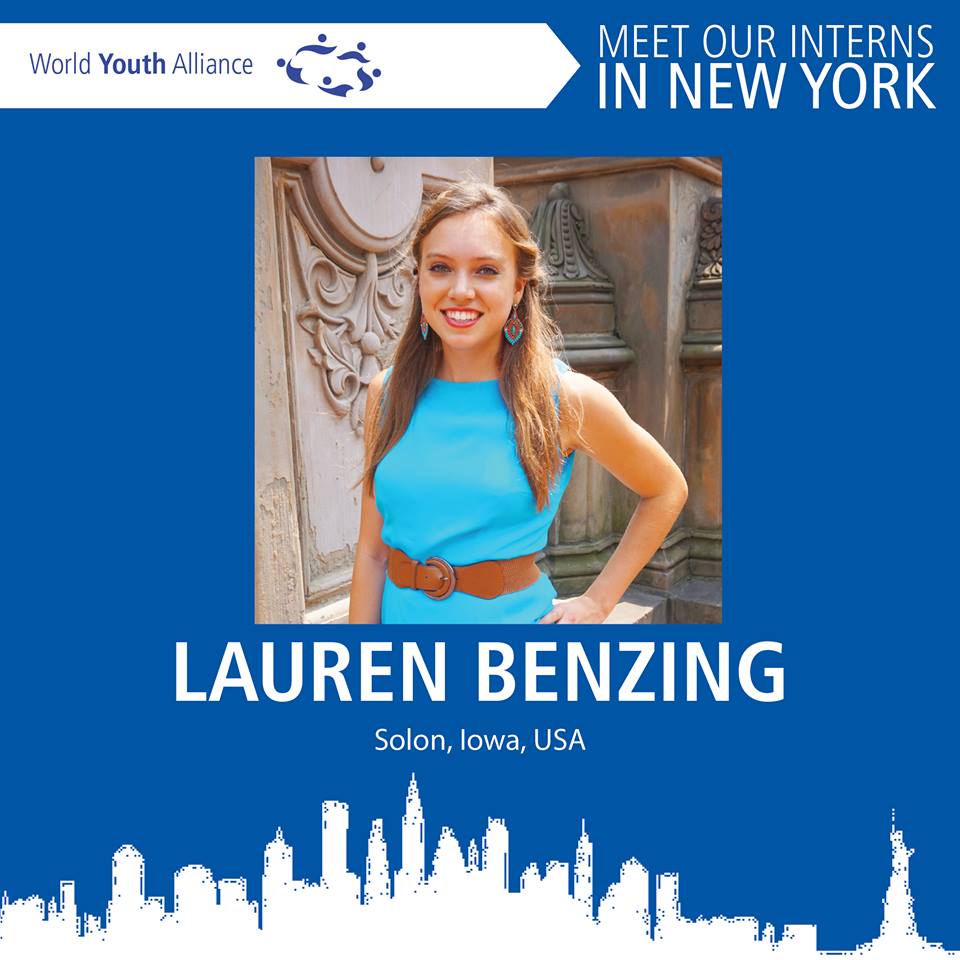 interns here at the World Youth Alliance from all over the country and the world–from
Spain, Guatemala, Romania, the Philippines, Connecticut, New  Jersey, Pennsylvania, Illinois, Iowa and Texas.

We have been busy preparing for the International Summer Camp, planning for the Emerging Leaders Conference, expanding and developing regional chapters, blogging, contributing to Fertility Education and Medical Management projects, and representing the World Youth Alliance at various conferences, meetings, and symposiums. We also host “Drinks and Discussion” every Thursday night for young professionals in the New York City area to gather together and discuss selections from the World Youth Alliance’s Track-A training and reading program.

I’m discovering that abortion is constantly framed by United Nations/Non-Governmental Organization activists like the Center for Reproductive Rights, Inter-American Commission of Women, Pan-American Health Organization, and International Planned Parenthood Federation as an “essential healthcare service” that is part of a woman’s “right to decide, exercise, and control her sexuality and reproductive function in conditions of equality with men and free from discrimination, prejudice and violence.” Lack of access to abortion is claimed to be an “obstacle to women’s right to physical integrity, the highest attainable level of health, access to education and employment and participation in political, economic, social and cultural life.”

As interns of the pro-life World Youth Alliance, our job at the Declaration Symposium was essentially that of spies. We went mainly to observe, take notes, and find information on their strategy to implement their Declaration and to ensure “universal access to reproductive health care services,” which to them means abortion. I’m used to going to pro-life conferences where I’m in the majority, so this was quite the experience. There was fabrication of data, with one speaker actually claiming that in countries where abortion is illegal, there are more abortions, and vice versa, which is completely false.

A presenter even went so far as to blame the

The Symposium opened my eyes to a number of things, but mostly to the fact that there is a very real group of people out there who are actively opposing everything that WYA and similar organizations are doing. They also think what they are doing is right and helpful, as we do. They are just as eager to “win.” It got me pretty fired up, to say the least.

I am hoping to be back in the fight again in a few weeks for the Symposium on Sexual Exploitation at the Capitol, this one sponsored by friends of the World Youth Alliance, learning about how pornography fuels sex trafficking, child exploitation, and sexual violence. There, I’ll be networking, collaborating, inviting speakers to the Exceptional Leadership Conference, and getting answers about how to address these issues.

Click here to learn more about the Gregorian Fellows program.