From Seminary to Theater at Benedictine College 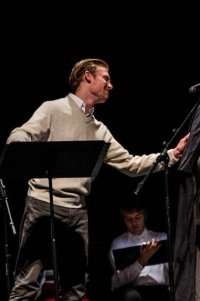 This is the first of two blog posts looking at the relationship between the religious life and the secular life at Benedictine College. This one is an interview with Stuart Mast, a Legion of Christ seminarian who left the seminary, came to Benedictine College, and is now a theater major.

Well, I grew up in the southwest suburbs of Chicago, but when I was 12 went to New Hampshire for boarding school for a year. Then for eighth grade and highschool I was in Indiana, then Connecticut for four years for minor seminary. After I discerned out, I went back to Chicago for a year, and then I came to Benedictine College.

How many siblings do you have?

I’m the youngest of five — three brothers and one sister.

Why did you enter the seminary?

Because it was minor seminary, it wasn’t really about the seminary and the priesthood. At that point it isn’t. It’s the environment. Friends. Home away from home. You’re not really sure about anything, you just have to jump in.

Which order did you join, and why?

It was the Legion of Christ. I knew some priests and brothers who were part of the order.

How long where you there?

If this isn’t too personal, why did you leave?

I realized I wanted the feeling of brotherhood the Legion had, not the priesthood. I realized I was there for the environment and the friends, not its end goal.

What’s your favorite story from
the seminary? 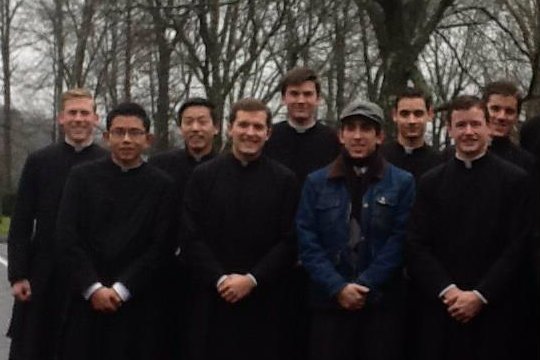 We have a sister seminary in Italy, and when we went over to Europe we challenged them to a soccer game. In the US we’d beaten a couple other teams — the Mexican team, the Spaniards — but for this game against the Italians we were being crushed. There were five minutes left and we were down 10-5. So we just started going crazy. It got to 10-6, 10-7,
10-8, 10-9, and then we ran out of time. It was crazy. It was really fun though.

Is there anything that people should know about the seminary?

Just because guys are in the seminary doesn’t mean they’re going to be priests. They don’t need the pressure that assumption that they’ll be ordained gives. They’re discerning. And they’re real people with real emotions. They’re not perfect — they struggle with all the same things that “normal” guys in the world struggle with.

How was the transition back into secular life?

It was hard. You have to figure everything out yourself. When you’re in the seminary you know what you’re doing and how you’re going to get there. You don’t know where you’ll be sent, of course, but you know what you’ll be doing. When you leave, there’s a loss of stability because you don’t have that anymore. Family life was hard for me because I’d never really lived with my family since I was 12. You want to be comfortable in your environment, so you rush the transition process, but that makes it worse.

Is there anything that surprised you about the transition or the world when you left the seminary?

I was surprised by the lack of purpose a lot of people have. They’re complacent. They just go to work, go home, and do it again the next day without really looking beyond it. Seeing that motivated me to push myself to not be mediocre.

What do you think of
Benedictine College? 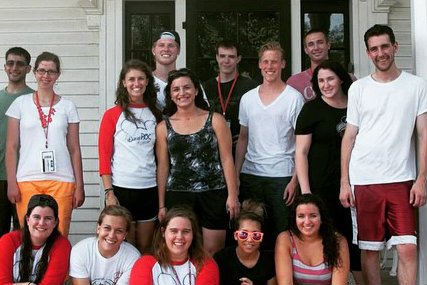 I love the community and friendship, especially since that’s what I’ve always looked for.

You’re a theater major. Why did you decide to do that?

I love movies. I want to act, direct, and write movies. And I love entertaining
people, going up on stage and making people happy.

Is there anything you’ve noticed about the world that you don’t think other people have realized, but should?

Time and eternity — I only have one life. Everything passes. Don’t worry too much, but live well. And beauty. Step back and see why we’re attracted to a sunset and see what that means. Appreciate beauty where you see it, because it won’t stay there. Things are only beautiful because they end. If they didn’t, we’d take them for granted and the beauty would be lost.