ISIS Attacks Will Grow the Church 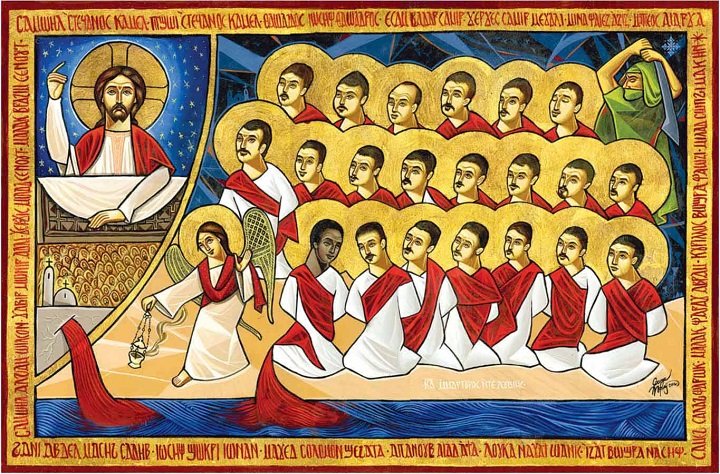 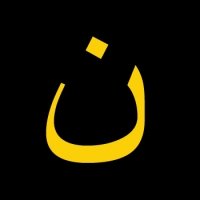 The mass martyrdoms we are seeing in the Middle East will be followed, as they always are, by a remarkable rise of Christianity that will change the course of history.

“The Church has become once again a Church of martyrs,” he said, as he looked ahead at the coming of the Third Millennium of Christianity.

Then, as the new millennium dawned, he recalled how the blood of the martyrs had built the early Church despite the “trials of history.”

“Will this not also be the case of the century and millennium now beginning?” he asked.

It absolutely will. The blood of the martyrs has always and will always bring renewal, for reasons both prosaic and profound.

For one thing, martyrdom paints an unmatchable picture of the horror of the enemies of Christ and the beauty of Christianity.

Compare the stories coming out of Al Alour, Egypt to the angry Jihadists who kidnapped and beheaded more than a dozen men from that village.

Sophia Jones at Huffington Post  and Ian Lee and Jethro Mullen at CNN have collected stories of the newest Egyptian martyrs of ISIS.

Al Alour was an impoverished town, and the men who died were laborers.

Jones tells the story of Hani Abdel Messihah, 32, who leaves behind four children — three girls and a boy — and a wife who remembered him as “gentle and kind.”

“He took care of all of us. He gave us hugs and kisses,” she said. “There was a prayer in anything he said.”

Yousef Shoukry was a 24-year-old Coptic Christian who went to Libya for work despite the danger there. He said he wasn’t afraid because God was with him. His big brother Shenouda had high praise for his brother: “He lived according to the book. I can’t remember something he did wrong.”

The Christians in these articles are described by their relatives in very human terms: “Very sweet”, “easily embarrassed,” “happiest being with his family and kids.”

You can hear in their stories the echoes of the first millennium of martyrs: “See how they loved each other.”

It’s a harsh contrast with the call in September from ISIS spokesman Abu Mohamed al-Adnani, telling followers to find a disbeliever in Islam and:  “Smash his head with a rock, or slaughter him with a knife, or run him over with your car, or throw him down from a high place, or choke him, or poison him.”

That is the first thing that martyrs do: They show the world that we are a people of love, standing against hatred. Love wins that fight every time. Decisively.

But apart from demonstrating that contrast, these martyrdoms directly strengthen the followers of Jesus Christ.

The greatest scandal in the history of the Church has been the disunity of Christians, tearing apart the body of Christ and weakening our witness. When the heirs to the truth of Christ began proclaiming vastly different doctrines, skepticism and relativism quickly followed.

Pope Francis stressed the “ecumenism of blood” when he spoke about the Egyptian martyrs.

“Their only words were: ‘Jesus, help me!’ They were killed simply because they were Christians,” he said. “It makes no difference whether they be Catholics, Orthodox, Copts or Protestants. They are Christians! Their blood is one and the same. Their blood confesses Christ.”

We finally find we can stand together when we have to stand at the foot of the cross — and the cross is the ultimate reason that “the blood of the martyrs is the seed of the Church,” in Tertullian’s phrase.

The Middle East will soon learn the lesson that the atheist communists learned after they attempted to destroy the faith in their countries. The faith is rising in Eastern Europe even as it sets in the West.

It is the logic of the cross: Faith, hope and love grow stronger by sacrifice. When our brothers and sisters die for their faith, we remember that we can’t live without it.

The heroic witness of the Egyptian martyrs is already having this effect.

“I saw that he had strength in his last moments,” Jones reports the 27-year-old man saying, adding that he saw “a heavenly light shining on his brother’s face, even after he was decapitated.”

“That consoled me,” said Shenouda.

CNN reports that Mina Aziz’s brother Hana took solace in the video, too.

“To the last moment, the name of Jesus was on their lips,” he says. “As they were being martyred, they were calling God’s name, saying, ‘God, have mercy on us.’ The entire village is proud.”

The entire Church is proud.

“The historical events linked to the figure of Constantine the Great could never have ensured the development of the Church as it occurred during the first millennium if it had not been for the seeds sown by the martyrs,” said St. John Paul II.

“In our own century the martyrs have returned, many of them nameless, unknown soldiers as it were of God’s great cause. As far as possible, their witness should not be lost to the Church.”

Their witness will not be lost. The Church will rise up stronger from their sacrifice.

We will show the world once again that love conquers death.