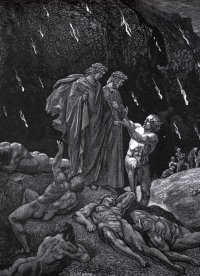 Why do Catholic conservative writers leave the faith? They don’t very often, but two have recently been in the news sharing their reasons for bailing.

One was Michael Coren. Apparently, the Canadian broadcaster and author of Why Catholics Are Right stopped attending  Mass a year ago —but only publicly mentioned his switch to Anglicanism for the first time in April.

He told the National Post on May 2 that he left over the Church’s prohibition of gay sex.

“I couldn’t look people in the eye and make the argument that is still so central to the Catholic Church, that same-sex attraction is acceptable but to act on it is sinful. I felt that the circle of love had to be broadened, not reduced,” Coren said.

His editor at Catholic World Report was a bit blindsided by his columnist’s public renunciation of his Catholic faith. “How far, then, should the circle of love be broadened?” Carl Olson asked in an editorial. “Where does he want to draw the line? And why?”

Those are good questions. There are many Catholics for whom romantic feelings can never lead to sex: single people, those divorced and remarried but not annulled who wish to receive communion — and those married to a spouse who has a sexual impediment. Not to mention priests and religious.

It seems odd that Coren thinks that one subset of this group, the same-sex attracted, should get a “look-the-other-way” sex pass from the Church.

But “There’s more than that,” Coren added to the National Post (in the video, not the transcript), and cited “the teaching on contraception, on life” as another reason for his leaving.

He should read Rod Dreher.

Dreher has been writing about Dante’s Divine Comedy journey through hell, purgatory and heaven —  including a powerful piece at CNN.com about how Dante has helped him understand his own loss of faith in the Church.

As a journalist in 2002 covering the clergy-abuse scandal, “I didn’t lose my faith suddenly; it was torn from me bit by bit, like a torturer ripping out his victim’s fingernails,” Dreher writes.

Now, years later, he has found in Dante another harsh critic of Church leaders — but one who stayed Catholic.

“I had made a mistake that the devout Dante did not,” Dreher wrote. “I expected more from them than they could deliver, and came undone by the shock of their failures.”

In another column about Dante, this one in The American Conservative, Dreher shared a different lesson from Dante, one that Michael Coren needs to hear.

It’s about the Circle of the Sodomites.

“In the Divine Comedy, when Dante and Virgil visit the circle of hell reserved for the Sodomites (Dante’s term), sex and sexuality never come up,” Dreher writes. “It affords the reader the opportunity to consider the sin of sodomy in a broader philosophical perspective.”

He cites the truly remarkable William Cook and Ronald Herzman Great Courses lectures on the Divine Comedy, which describe sodomy in the poem “as a metaphor for sterility, and the misguided use of creativity and generativity.”

Dante finds his former teacher Brunetto Latini among the sodomites. Latini gives Dante bad counsel, telling him to seek fame in writing — just as Latini has done in his own academic and political career.

Dante’s message, says Dreher, is that “to put one’s creative gift to the service of one’s own fame and fortune, as opposed to serving a higher cause (e.g., Art, the Truth) is to be guilty of violence against the God who gave one those gifts, and expects one to use them in a fruitful way.”

There are two lessons for Coren here, and the rest of us too.

First: Sex is for fruitfulness. Sex that is open to life may be motivated by all kinds of conflicting desires, but what it is in its reality is a life-affirming imitation of God the Father, Son and Holy Spirit, whose love generates more life, and therefore more love.

Sex that is not open to life may also have good motives or bad — but what it is in its reality is an act that is closed in on itself; an act from which no new life can emerge; an act that imitates not the exuberance of the Trinity but the men chasing one another across burning sands, in Dante’s apt metaphor.

Michael Coren should not have left. The Church’s sexual morality does not denigrate human love, it protects its nobility. But in addition to what Dante can teach about sex is what he can teach about writing.

The sin is both more universal and more banal online than it was in 14th century Florence.

Ironically, Coren and Dreher both started out as spirited defenders of the truths of the Catholic Church — and ended up inadvertently championing relativism.

In Dominus Iesus (No. 4), Cardinal Joseph Ratzinger sees disunity in the Church as the source-root of the culture of relativism. After all, if Christians’ beliefs about God can be widely divergent yet equally true, then why can’t I have my truth” and  you have “your truth”?

Pray that their readers won’t follow Michael Coren and Rod Dreher out of the Church. And pray that they will come back home.