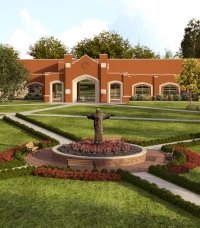 On All Souls Day, when the Church prays for those who have died before us, officials at Benedictine College shared the computer-rendered view of the future Raven Memorial Park on the College’s campus in Atchison, Kansas.

Located in the green space below Mary’s Grotto and south of the Raven Walk, the park will be dedicated to Benedictine College students who passed away while attending school here. A statue of the Sacred Heart of Jesus will be featured in the center. It is funded by donations — most of which were given to the college in honor of students and alumni upon their deaths.

This view is a testament to the generosity of our donors: Raven Memorial Park and the new Student Recreation Center have all been funded by supporters of the college’s mission. The future expansion of the science and engineering building, for which several million has already been raised, appears at left.

The Raven Memorial Park will also include a memorial to the unborn, funded by Ravens Respect Life. 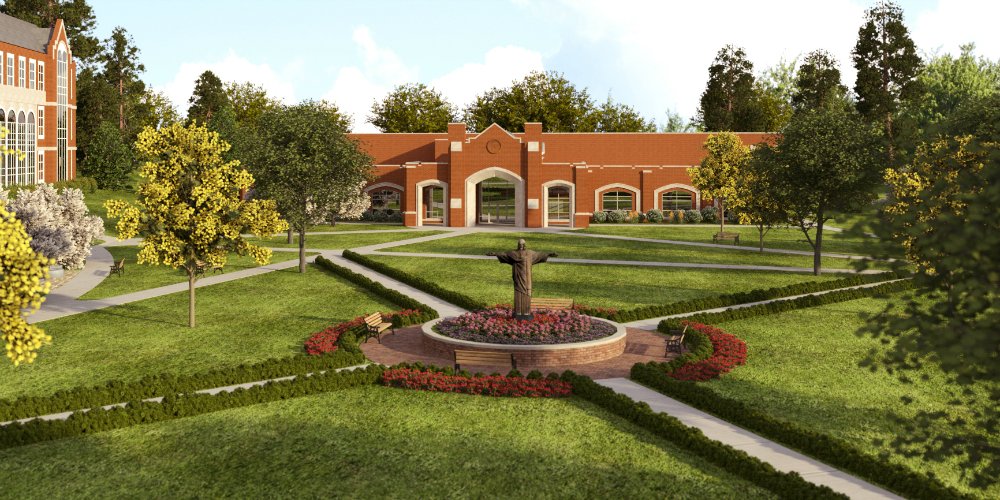