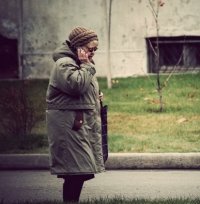 Pope Francis’ encyclical Laudato Sí zeros in on a fundamental problem with American culture that we would rather not focus on: The dark triumph of technology in almost every aspect of our lives.

At heart Pope Francis’ message is very simple: He calls Christians to reject modern excesses and live simply, according to Gospel principles.

“A constant flood of new consumer goods can baffle the heart and prevent us from cherishing each thing and each moment,” he writes. “To be serenely present to each reality, however small it may be, opens us to much greater horizons of understanding and personal fulfilment” (No. 222).

You can see how technology cocoons us on a typical summer workday. We go from air conditioned house to air conditioned car to air conditioned office. On the way we listen to a satellite radio station customized to our particular taste. We get coffees for the office in a drink holder from the drive through. At work, we deal with coworkers mostly through email — even when they are sitting 10 yards away. We take a break and check in at our favorite opinion website, whose writers’ beliefs match, and rarely challenge, our own. On the way home we buy a package of pre-shredded cheese we will need for dinner; we scan it ourselves and swipe our card. After dinner at home, we stream a movie on Netflix while we order batteries, pens and deodorant from Amazon on our phone. We check Facebook, text back and forth with a friend and head to bed.

The day requires minimal contact with other human beings and zero contact with nature; it also takes a huge amount of energy to fuel it and leaves behind waste nearly equal in weight to what we consume.

It is all sort of benign, and kind of not. It is benign in that we don’t really commit any confessable sin in any of it; it is kind of not in that it has stripped us of the ability to encounter others, and it has severed us from the primal meaning of the world around us.

“Technology tends to absorb everything into its ironclad logic,” writes Pope Francis. “In the most radical sense of the term power is its motive—a lordship over all.”

A viral video (which ironically doubles as a digital ad) suggests how our reliance on technology stops being neutral and starts being a problem: An interviewer asks three generations what they did for fun as children. The two older generations built forts and picked blueberries; the youngest generation mastered video games and binge-watched streaming TV shows.

Why do we innately feel that there is something wrong with that? Consider a few technologies:

Video games. Sports force us to learn to combine competition and charity and interact with others; video games are a caricature of competition that coexists with laziness and self-absorption.

Fast food. If video games are caricatures of sport, fast food is a caricature of mealtime, a cartoonish exercise in slick packaging and cheap taste thrills designed to convince us that lame food is awesome.

Social media has turned the definition of friendship on its head. To use Aristotle’s categories, social media has created a mass-produced version of “friendship” that is almost always either friendship of utility (we call it “networking”) or friendship based on pleasure — like-minded people sharing what mutually pleases us. True friendship, which is vulnerable, generous and deep, is rare.

Digitally manipulated images led us to reject the authentic human beauty of a smiling freckled face —chubby or skinny and framed with unkempt hair — in favor of the impossible beauty of voluptuous polished dolls.

“Do you reject the glamour of evil, and refuse to be mastered by sin?” the priest asks at our baptism. “I do,” we reply.

Now we see what the Church has in mind. Notice how the technologies I listed above match up with capital sins: Video games deliver sloth and anger; fast food caters to gluttony; social media serves our pride and digital images tease our lust.

Technology masters us, writes Francis: “Our capacity to make decisions, a more genuine freedom and the space for each one’s alternative creativity are diminished” (No. 108).

Technology makes us impatient with the world as it is, and we end up carried along by the inertia of convenience. Pornography is so easy, men stop dating; amusement parks beat out national parks, action sequences crowd out real drama.

Accept the technological paradigm, and sooner or later you reject what is real. First technology sterilizes sex, then we redefine marriage to match it. First, financial speculation redefines wealth and credit card spending redefines spending; then we get a bubble economy and debt crises. First technology convinces us to live our lives in the cloud, then we lose our autonomy and privacy.

Pope Francis has been called a scold. His critique can seem like useless hand-wringing about the way things are. But clearly, he has touched on a central fact of what is going wrong in the culture today, and something Catholics can lead the way in repairing.

The New Evangelization can’t mean, “Add virtual faith to the virtual lives people lead online.” It has to mean “Reintroduce the world to what’s real.”