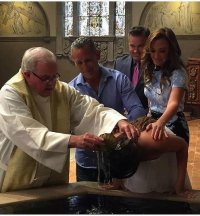 There aren’t very many strong, Catholic role models in Hollywood today, especially women, but one more was added last Friday when Leah Remini, the former lead actress in the TV show King of Queens, made a big step back into the Church after spending most of her life in Scientology.

Kate O’Hare at Catholic Vote described how she came across the news of Leah Remini’s conversion.

At a taping of the NBC game show “I Can Do That!” she sat with Remini.

“With an NBC publicist joining in, there was general Catholic inside-baseball chat going on — ‘Where do you go to Mass? Who has the best music?’ — and Remini was joining in from time to time,” said O’Hare. “I knew that Remini, also a baptized Catholic, had left the church of Scientology in 2013, and I’d heard she was returning to the Faith. It sure seemed to be the case that evening.”

Remini was baptized Catholic, but entered the

church of Scientology at age 9 when her mother joined. For the next 30 years, Remini lived according to the way of Scientology, happy until her daughter, Sofia, was born in 2004.

Scientology teaches that any member who leaves the church must be ostracized by those remaining, including family members. Remini cited this as one of her reasons for leaving – in a recent episode of her TV show It’s All Relative, Remini said:

Remini says she also left the church because of the oppressive nature of its authority rules. Members are not allowed to ask any questions of Scientology leaders, but in November 2006 Remini started asking about Shelley Miscavige, the wife of then-Scientology head David Miscavige, who had not been seen for some time. As a result of her questions, Remini says she was put through intense questioning, interrogations, and thought modification for years in attempts to realign her with Scientology. Finally, in 2013, Remini had had enough and left the church.

After two years of living outside 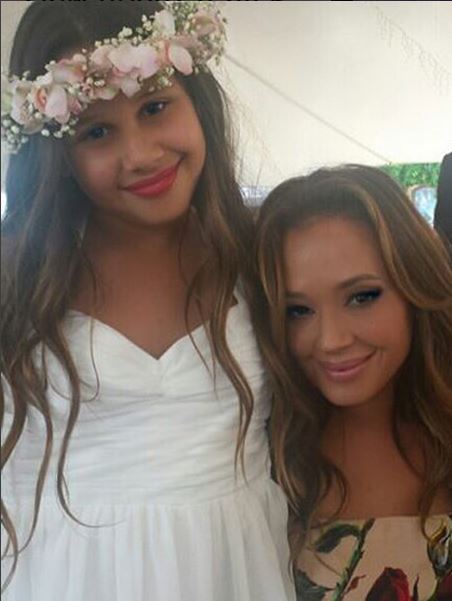 Scientology, Remini and her husband, Angelo Pagan, have begun to live their Catholic faith again. On Friday, Sept. 11, they took another definitive step towards the Church and baptized their daughter into the faith. Captioned under a photograph of the ceremony, Pagan wrote, “It was a beautiful experience and our little angel is on her way to a more spiritual existence. God bless!”

Remini has said in multiple interviews that she left Scientology because she opened her eyes. Even though she had really only ever known the world through Scientology, she was strong enough to see through that, and she was brave enough to reject it, even though it meant leaving all of her friends and her entire life.

No doubt her baptism played a part in her ability to open her eyes, to seek truth, and to follow it home to the Church.