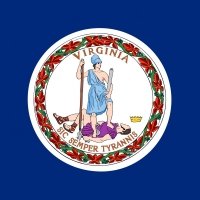 Two states have introduced religious freedom bills this month, and, naturally, both are in danger of not passing. We are asking members of the Memorare Army to pray that these legislative acts are voted into law (click here to find out more about the Memorare Army).

State Senator Charles Carrico (R-Galax) of Virginia introduced Senate Bills 40 and 41 for the protection of religious liberty in issues of same-sex marriage.

SB 40 states, in part, that “The clerk or deputy clerk shall not be required to issue a marriage license if such clerk has an objection to the issuance of such license on personal, ethical, moral, or religious grounds. If the clerk or deputy clerk declines to issue a marriage license on such grounds, the parties contemplating marriage may be issued a license by the State Registrar of Vital Records.”

The bill includes a section that says, “The parties shall be able to designate themselves on the application for marriage license as spouse, bride, or groom,” further protecting the government-issued right to homosexual marriage by allowing both parties to choose their own wedding titles.

Senator Carrico’s SB 41 is similar. Titled “A BILL to amend the Code of Virginia by adding a section relating to religious freedom; solemnization of marriage,” the bill reads:

There is a short paragraph following that states that no one can be penalized or discriminated against in any way for exercising the rights given them in SB 41. That, of course, is what activists have been lobbying for. But apparently such a desire for fair treatment is only right for their own cause. Governor of Virginia, Terry McAuliffe, has already said that he will veto the bills if they make it far enough in the legislative process for him to do so.

As Equality Virginia Executive Director James Parrish said in an interview, “Equality Virginia applauds Gov. McAuliffe for his immediate promise to veto both of these bills. He understands these types of bills send the wrong message about Virginia and we are thankful for his leadership in making the commonwealth a more welcoming and inclusive place to live, work and play for everyone.”

“Welcoming and inclusive” only for those who agree to give up their right to act on their consciences, of course. No one wants Virginia to “send the wrong message” by giving the same opportunity for conscientious acceptance, to conscientious refusal.

Metzgar (R-Baltimore County) has introduced his own version of Senator Carrico’s bills.

However, unlike Virginia’s bills, the Maryland bill references the U.S. Constitution as its foundation. As HB 16 puts it,

And be it further enacted, that an official of a religious order or body authorized by the rules and customs of that order or body to perform a marriage ceremony may not be required to solemnize or officiate any particular marriage or religious rite of any marriage in violation of the right to free exercise of religion guaranteed by the First Amendment to the United States Constitution and by the Maryland Constitution and Maryland Declaration of Rights. Each religious organization, association, or society has exclusive control over its own theological doctrine, policy teachings, and beliefs regarding who may marry within that faith.

But there is backlash, as there always is. Chair of the Equality Maryland board of directors Larry Jacobs considers the bill “mean-spirited and unnecessary.” But taking away religious liberty is not? Maryland’s bill does nothing to ban same-sex marriage, but only to protect individuals’ rights regarding the issue, which is what activists claim to want in arguing for same-sex marriage.

As Virginia SB 40 and 41 do, Maryland HB 16 makes sure to add that it is not an attempt at censuring national law: An individual can refuse to participate in either the marriage ceremony or in the promotion of such a ceremony through a program or service “unless State or federal funds are received for that specific program or service.” It even says explicitly that “nothing in this Act may be construed to limit or impair any right or privilege granted under any State or federal law.” Including the government right to homosexual unions.

Attempts to safeguard religious liberty are being made, but they are under attack and in need of help. Join the Memorare Army and help pray that these legislatures, and others, advance the cause for religious freedom in the public square.