That Thing That Makes You Take Jesus Seriously 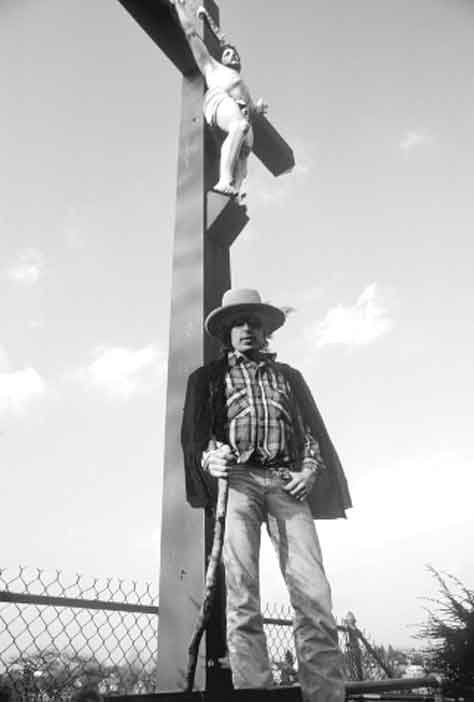 Do you remember the first time you took Jesus seriously?

This is not merely an academic question. Pope Francis is urging us to share the Good News of Jesus, but that will take some doing. We have to find a way to talk about Jesus to a culture that thinks it has already taken his measure and rejected him.

I don’t think my story is any different from most.

Jesus seemed kind of irrelevant to me growing up in the 1970s and 1980s. I only heard his name used as profanity, or in comedy mocking TV evangelists, or by religion teachers who seemed to use “Jesus” interchangeably with “caring” and “sharing.”

That only changed for me when Bob Dylan released his box-set Biograph album in time for Christmas when I was 16.

I got the records, and, as was the custom in 1985, taped them and listened to them endlessly on my Walkman. I loved it all, but the lyrics with the most heft — the ones where the most seemed to be at stake — were in its three Christian songs.

“You Gotta Serve Somebody,” Dylan sang. “It may be the devil or it may be the Lord, but you’re gonna have to serve somebody.”

The song mesmerized me. The sheer egalitarianism of its lyrics (nobody was exempt; rich and poor had the same choice) was as appealing as its beat. But the more I listened, the more I realized the man was saying something true.

Kids love rock music because it speaks passionately about things that adults refuse to talk about. That’s what Dylan did for me on that song. Dylan said Jesus was important. I needed to find out why.

Coming to Jesus this way helped me bypass the religious pretenses and cultural baggage that were blocking the normal channels.

How does it happen for others? Father Benedict Groeschel once said that we all come to Jesus through the transcendental that best fits our personality: through truth, goodness or beauty.

Scott Hahn is a good example of a “truth” guy. I remember his cassette tape “Protestant Minister Converts” being shared eagerly in the early 1990s as many Catholics realized, “Wait. What the Church teaches is actually true.”

There are two kinds of people attracted by the truth. First, there are people with highly attuned B.S.-detectors who want to find rock-bottom truth. They come to Christ through philosophy or scientific discovery or apologetics.

But then there are people who are not necessarily intellectuals but who delight in the “Amazing Faith Facts” side of Catholicism. The Shroud of Turin, the Our Lady of Guadalupe tilma or the blood of St. Januarius bring them in. These, too, thrill to the truth.

For others it’s goodness that attracts. Mother Teresa heard Jesus’ cry “I thirst” as a call to serve Jesus in the poorest of the poor. She accepted Jesus and the poor, together. The same phenomenon occurs every year in Benedictine College students who never quite “get” the faith until they go on a mission trip or work with the Hunger Coalition.

Service is only one way goodness attracts us to Jesus — moral teachings are another. Many people who start by wanting justice end by wanting Jesus — and many people who reject abortion soon accept Christ. As the world gets even more issues spectacularly wrong, expect more of these kinds of converts.

Beauty is another “transcendental” path to taking Jesus seriously. A great exemplar of this is Bishop Robert Barron (he also explains it best; start at the 3 minute mark here). In his “Catholicism” DVD series, his words about the faith are given a special credence because he speaks them from breathtaking cathedrals, in front of stunning works of art and surrounded by the glories of nature.

But, again, there is more than one way to be fascinated by beauty.

For some, the kitsch art of a holy card can do it. For me, it took a nasal-voiced Minnesotan backed by a Gospel band.