The Convocation and the Call to Greatness 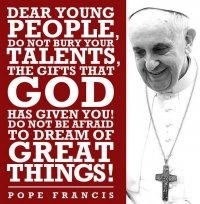 It is “back to school” time at Benedictine College. That means ritual and ceremony that is almost liturgical — professors processing in academic regalia and filing into monk stalls, Knights of Columbus with swords and freshmen being welcomed into the community in an ancient ceremony.

The whole thing looks like a strange and archaic remnant of the distant past — but this year, a providential series of speakers helped me realize that it is far more than that.

Academic attire has Catholic (and Benedictine) origins, and its resemblance to liturgy is not accidental. The pomp and ceremony is designed to tell the participants not just something about their school, but something about their calling. It tells them that God wants scholars to be like acolytes in the temple of learning — servants of beauty, truth and goodness.

This is perhaps one of the reasons for the loss of confidence in higher education.

The ceremonies of higher education have remained while their meaning hasn’t. Take God out of the picture and academic regalia become vestments of self-importance; their beauty becomes puffery, truth becomes pedantry and all that is left of justice is political correctness.

In his opening homily at Benedictine’s Holy Spirit Mass, Father Timothy Hickey — a late vocation who I first met when he was the lay editor of the Knights of Columbus magazine Columbia — traced the fall of higher education by comparing his undergraduate experience at Benedictine College to his post-graduate studies.

“I first read Kristin Lavransdatter in a class here that we called ‘Senior Seminar,’ led by [Benedictine] Sister Faith Schuster, a true giant among present and past professors here even though she stood barely 4-1/2 feet tall,” he said. “Sister Faith allowed us the luxury to immerse ourselves in the lives and stories we were exploring.”

“Besides 12th century Norway, we traveled to France during the Revolution in The Song at the Scaffold by Gertrude von le Fort … and to Mexico during the persecution of the Church there in the 1920s in Graham Greene’s classic The Power and the Glory … to the U.S. Gulf Coast during a hurricane to ride out the storm with Walker Percy’s Lancelot Andrewes Lamar …. to the Deep South in post-World War II America to seek some kind of salvation without God in the company of Flannery O’Connor’s character Hazel Motes.”

The young man was entranced — and transformed. Literature led him deeper into his faith.

But then he left for graduate school.

“We didn’t talk anymore about books, or poems, or plays,” he said. “We talked about ‘texts.’ There weren’t stories or plots, there were ‘narratives.’ There were no themes to be unpacked, pondered over or discussed; the text itself was the delivery vehicle and its message. No great truths were revealed; no meanings behind a story.”

Deconstructionists dismantled the liberal arts. Postmodernists ripped the heart out of the humanities. What was left?

Almost like they planned it, our convocation keynote speaker — Notre Dame’s Paolo Carozza — answered the question with another novel.

He referenced Louis Wohl’s Citadel of God, about St. Benedict. The novel imagines a character named Peter, a student of Benedict who rejects his teacher’s wisdom. Peter defines “real success” as “to do what is good for one’s own purpose … to do what one wants and never what others want, to use others and not to be used by them.”

The Roman boy articulated what education too often becomes: You don’t serve principles or people through it. You learn ways to make them serve you.

Benedict in the novel responds that there is a different kind of call to greatness.

“There are no more ambitious people on earth than my sons and I,” he says. “We want to be friends of God, close friends, and we are ready to sacrifice everything, even our own will, for the sake of that aim. Nothing but God himself will do for us. Can ambition fly higher?”

Catholic identity in higher education isn’t about hiding from the world to keep your faith — it is about growing your heart to be able to bring the faith to the world.

Pope Francis said as much to university students in Rome. “The main element at school is to learn to be magnanimous,” he said. “What does being magnanimous mean? It means having a great heart, having greatness of mind; it means having great ideals, the wish to do great things to respond to what God asks of us.”

Benedictine College’s President Stephen D. Minnis quoted that in this year’s convocation. Then he added:

“I want to leave you with this, from Pope Emeritus Benedict. He said: ‘The world promises you comfort, but you were not made for comfort. You were made for greatness.’ Our history is not a story of a mediocre, cynical, faithless people. It is a history of faith-filled men and women who looked ‘forward, always forward, everywhere forward’ to dream great dreams and dare to push this institution and its students to new heights. It is a history of a college and a peoples who are called to greatness.”

This call to greatness is what makes an academic procession beautiful rather than blustery. And it is what makes Catholic higher education different in kind from secular education.