The “Craze” of Transgenderism 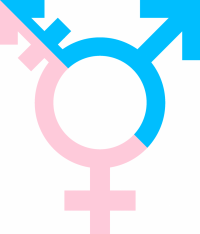 The idea that a man could be born in a woman’s body, or vice versa, seems absurd on its face: Men have XY chromosomes; females have XX chromosomes. And gender theorists haven’t made it easier to accept their theories. The eagerly shared Slate article “Don’t Let the Doctor Do This to Your Newborn” warns darkly that doctors are daring to record the sexes of children on patient records.

Caitlyn Jenner didn’t help the situation, either. After Bruce Jenner underwent an above-the-waist sex-change operation, the results were displayed on the cover of Vanity Fair as a 1950s-era version of a thoroughly objectified woman. It looked for all the world like yet another example of Kardashian excess.

But to simply dismiss the whole thing as nonsense would not fit with the facts either.

Melinda Selmys is a brilliant Catholic thinker, whose essays about media and personal identity are insightful and faithful. For her, transgender is definitely “a thing.”

I like how a Catholic philosopher friend put it:

Then he had this advice: “The fact remains that the only way to get to know someone is to meet them. So go talk to a transgendered person about their experience.”

This was the advice Dr. Paul McHugh gave at Notre Dame on Nov. 21.

He told stories of those who suffer from “dysmorphic disorders” and the compassionate treatment they deserve. But then he suggested that the current tendency to differentiate “gender” from “sex” and then insist on cosmetic surgery as a result is in fact an anti-scientific “craze.”

He compared it to the multiple personality craze in the 1970s, when an erroneous psychological theory became widespread.

The phases of a “craze” are predictable, he said.

First comes the latent phase, when only a few true believers hold the new position. He said the transgender position started as a male-only issue, and had its roots in sexual fantasy.

Second comes the explosive phase, he said. The multi-personality disorder craze was ignited by the popular novelSybil. Transgenderism entered the explosive phase when lesbian and gay activists added the transgender “T” to their LGBT efforts to promote total sexual liberation.

Recently, transgenderism seemed to be everywhere. This inaugurated what McHugh calls the “Saturation Phase,” when the idea turns up everywhere.

Unfortunately, he said, this saturation phase is coinciding with a time when surgery is far more readily available for those who wish to “correct” their gender. Those who undergo sex-reassignment surgery regret doing so at huge rates, he said. A Swedish cohort study suggested that the suicide risk was 20 times higher for those who underwent the surgery.

“One’s sex is not changeable,” he said. “The products of surgery are a counterfeit sex.”

His advice? “Wait patiently. The chaos will worsen temporarily, but eventually, the truth will set us free.”

In the meanwhile, transgendered men and women are not villains on the one hand to be opposed or freaks on the other hand to be pitied.

They are brothers and sisters to be loved through a time when the hurt in their souls is being exploited to serve the profits of surgeons and the agendas of activists.

As my friend suggested: Our job isn’t to condemn them, but to place ourselves squarely on their side, and help them see answers in the truth to their dilemma. If we don’t, who will?