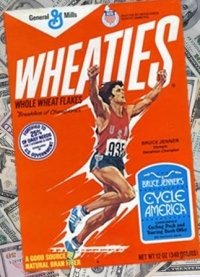 Catholics have a great opportunity to be the people of reason in the strange new territory we are entering.

You know something has gone wrong when the culture simultaneously holds mutually exclusive propositions.

Clearly, we are not dealing with a principled worldview interested in adhering to objective truth: We are dealing with ideologies that have decided what is true ahead of time and now wish to impose their truth on reality.

In the 20th century, when old certainties were called into question one by one — by Darwin, Einstein and others — new certainties arose to take the place of the old ones: Big theories of what the human person is and why we are here. Marxism saw us as economic beings; Freudianism saw us as sexual beings; Nietzsche’s expectation that the Will to Power was the most fundamental fact of mankind was implicit in totalitarianism (and, later, terrorism).

Money, sex and power are important forces in our culture; they are also important in our individual lives.

They create the criteria by which we decide where we will go to school and who we will vote for; they are the subjects of nearly every popular story (all three are featured in the rich-boy-dominates-poor-girl story of Fifty Shades of Grey); and they are at the root of the reasons cited in most divorces.

They are also, coincidentally, the three things that religious people give up when they vow poverty, chastity and obedience.

Ideologies of money, sex and power have created a perfect storm of change in our culture.

You can see them all in Bruce Jenner’s transformation to Caitlyn: This person’s image has been an icon of consumerism for decades, from Wheaties box to Vanity Fair cover; everyone who wants to be liberated from sexual taboos is benefited by Bruce’s transformation to Caitlyn; and the American impulse to not just triumph but to crush the competition is powerfully present in the strict pronoun enforcement efforts going on in the media.

You can also see them in the efforts to redefine marriage: it generates money to several industries; continues to relativize every sexual matter and make consent the only sexual virtue; and it will bully traditional believers as if they were racists.

The 20th century was a long lesson in how ideologies go off the rails with disastrous results. The places where they were at their worst — Eastern Europe and Russia, for instance — are seeing a rebirth in traditional morality that is rooted in the human person as he or she is.

“We have been through an epoch of atheism, and we know what it is to live without God,” Russian Patriarch Kirill said. “We want to shout to the whole world, ‘Stop!’”

The rest of us haven’t seen how bad it can get, so we don’t plan to stop.

The situation gives Catholics an opening — albeit one that will have to grow like a mustard seed, not burst into reality like a revolution.

The opportunity is simple: Believe in and love the whole human person, in every dimension — economic, sexual and political — leaving nothing out and refusing none its place.

Pope Francis is setting the example. He refuses to reject people out of hand, and he refuses to change the truth to suit them. He is known for love and acceptance, and he is unapologetic in proclaiming the truth about gender and marriage.

The Christian vision – and Catholic teaching – uniquely do exactly that. We love everyone, just as Jesus loved the tax collectors, prostitutes and Roman occupiers. And we call them all to the whole truth, not just a piece of it – just as Jesus did for the rich young man, the prostitutes and the Centurion.

Soon, the whole world will be looking for someone, anyone, willing to see them for who they really are.

Let them find us.

This article first appeared on Aleteia.