The Only Catholic Answer to Same-Sex Marriage 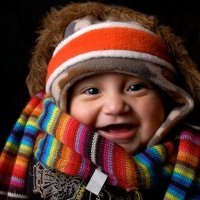 It is NFP Awareness Week: A great time to be aware that Natural Family Planning is the only possible Catholic answer to same-sex marriage.

Natural Family Planning — NFP — is the scientifically proven way to avoid or achieve pregnancy by reading the signs of a woman’s body, instead of using artificial contraception on the one hand or chancing the future on the calendar on the other. It’s a natural, effective — and morally licit — alternative to contraception or fertility drugs.

So what does that have to do with same-sex marriage?

It is no wonder, really, that our society redefined marriage.

Marriage has always been the institution society and the Church established to recognize, protect and encourage child-bearing relationships and child-rearing couples.

Now the Supreme Court has redefined marriage so that it a license from the government granting special favors to those who are willing to register their sexual relationships with the state.

The Supreme Court’s Obergefell v. Hodges decision in 2015 may have been inevitable after its Griswold v. Connecticut in 1965. That’s the decision that legalized contraception through a right to privacy, and, with the invention of the Pill, ushered in a transformation of marriage and launched the sexual revolution with all its disastrous consequences.

2. NFP preserves the meaning of sex.

In the Natural Family Planning movement, many people have rejected contraception. And this hasn’t been a cause of pain and sadness for us, but a cause of great happiness, because, as it turns out: Non-contraceptive sex is better sex.

Sex is meant to do two things for us: Unite husbands and wives, strengthening the marriage bond, and procreate, bringing new life.

The problem: When we sterilize sexual acts in order to stop the “life” part, we end up stopping the “unite” part, too. We don’t just change the possible outcome of the act: We change the sex act itself.

The couple has moved from “making love” — sex that wants to give as much as it wants to get — to “having sex” — sex for pleasure or comfort or stress-release but at any rate for me.

Natural Family Planning makes it much harder for couples to take sex for granted — especially when it is part of a complete sexual morality that also rejects all sex acts that are closed in on themselves.

The real power of sex is that it is not just another pastime; it is something that affects our whole life.

This is why songs about sexual relationships gone bad are so filled with angst and anger — from Carrie Underwood’s “When He Cheats” to Ceelo Green’s “Forget You” — and why every honest movie about casual sex ends in sadness — from Alfie to Don Jon.

Sex is a powerful force. To misuse it is to deny something about our very selves, and to invite a kind of alienation.

It is not impossible for an NFP couple to misuse sex in an alienating way, but it is a lot harder.

This sex is no longer just sex. It is a participation in Divine Life, since it refuses to close itself to procreation, and it is an imitation of Trinitarian Love, since through it two become one. NFP sex becomes something ennobling — transcendent — something that makes us greater than the animals.

4. Natural Family Planning shows that we can apply our reason to sex.

But don’t get me wrong. Sex is also still sex — and, apart from God, Church and human destiny it is still a very earthy, “animal” thing. As Cole Porter pointed out, “Even educated fleas do it.”

But this is another way natural family planning answers homosexual marriage.

NFP couples learn that our sexual appetites can be channeled and used as we wish; we are not helpless in front of them.

Lots of people have sexual feelings they cannot act on morally. Single people or those married to someone who can no longer perform sexual functions, for starters — but also any married person who has a sexual desire for anybody or any kind of person besides the one person they are married to.

Sexual fantasies are endless, sexual appetites are voracious and sexual varieties are as vast as the human imagination. That’s why we have the faculty of reason to sort them out and the faculty of will to select the ones that are good for us.

Every sexual experience doesn’t have to be magical and novel; it just has to be loving and real. NFP shows us that’s more than enough.