The Pope and the Narcissists 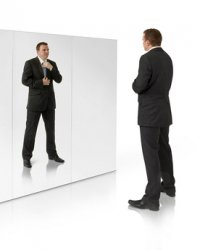 One sentence by Pope Francis in his best speech in America — to bishops in Philadelphia — has haunted me since I read it:

“A Christianity which ‘does’ little in practice, while incessantly ‘explaining’ its teachings, is dangerously unbalanced,” he said.

It echoed what he told bishops in Washington when he issued a warning he has repeated many times before, against narcissism.

Many of his descriptions of narcissism should sound familiar to us.

Imagine the endless articles by Catholic commentators (yes, including me) about how truly, awfully, tragically bad things really are. Then read Evangelii Gaudium’s warning: “A supposed soundness of doctrine or discipline leads instead to a narcissistic and authoritarian elitism, whereby instead of evangelizing, one analyzes and classifies others, and instead of opening the door to grace, one exhausts his or her energies in inspecting and verifying” (No. 94).

Or think of interminable parish council meetings focused entirely on insular issues and not the unevangelized populations surrounding them. Then listen to his morning meditation from January on hardness of heart: Catholics become “closed within oneself, in one’s community or parish, but always closed in …. ‘mirror-men and women,’ who are wedded to their own image in the mirror, who are closed in on themselves and are constantly looking at themselves — religious narcissists.”

I like that “mirror men” phrase. It makes me think of body builders flexing in their bathroom but never using their muscles for hard work, or young people checking their hair in every reflective surface they pass, but never getting the courage to risk asking someone out.

Narcissism isn’t excessive self-love or excessive self-loathing, but a sick combination of both, each feeding off the other. We want to be heroes, we fear we are zeros, and so we re-imagine ourselves to fit our dream.

The truth is, we are neither zeros nor heroes, but our pride won’t admit that as a possibility — because either as tragedy or savior, we want to be the center of the universe. We become like Adam and Eve, who decided to “be like gods” by eating the apple, and ended pathetically hiding in the bushes from God.

Catholics today are especially susceptible to narcissism. Our heads are filled with both the grand history of the Church Triumphant and our embarrassing condition as the Church defeated. We are simultaneously right about everything and being clobbered by everyone. We compensate by holding tight to the image of perfection we long to be.

But Pope Francis offers remedies for narcissists like us.

First, worship. As he put it at the Gregorian in Rome: “The theologian who does not pray and who does not worship God ends up sunk in the most disgusting narcissism.”

Worship of Jesus Christ very specifically answers the self-loathing and self-love of the narcissist: He is the one who “did not deem equality with God something to be grasped”; the one who glorified the Father by being crucified; the one who handed the keys to heaven and earth to Peter; the one who gave credit for every major victory to others.

Second, service. In his December remarks on the diseases of the curia, Pope Francis warned first about a “narcissism which passionately gazes at its own image and does not see the image of God on the face of others.”

The answer is to give more. “The antidote to this plague is the grace of realizing that we are sinners and able to say heartily: ‘We are unworthy servants. We have only done what was our duty’” (Lk 17:10).

He also offered service as the answer in Philadelphia — only here, he specified service in the family.

“A pastor must show that the ‘Gospel of the family’ is truly ‘good news’ in a world where self-concern seems to reign supreme!” he said. “The perseverance which is called for in having a family and raising it transforms the world and human history.”

Families have a way of exploding your unrealistic interpretation of yourself — and putting unconditional love in their place.

Maybe that is the best answer to narcissism after all: authentic family life.