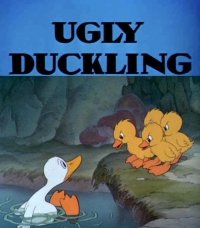 By Vincent Petruccelli | Vince is a Benedictine College senior and a Gregorian Fellow. New York Encounter (NYE) is an annual three-day festival in the heart of New York City associated with the Communion Liberation movement. See Vince speak about his association with Communion Liberation on EWTN Feb. 27 at 7:00 pm Central Time.

Visitors at a large Catholic gathering can expect to see many things, but I can assume that the story of the Ugly Duckling is not one of them. Yet, in the midst of the 2015 New York Encounter, a silent Disney version of the tale of the wayward swan greeted every visitor of “The Millennial Experience,” an exhibit prepared by a group of young Catholics from around the country.

Its surprising relevance became more apparent as the weekend went on. In his opening remarks, Riro Maniscalco, president of the NYE, told another story, that of the “Poor Wayfaring Stranger.” The misfit described by this traditional American song is a man who is not yet at home, who is truly a seeker. Riro said that we build this the strange home of New York Encounter, born from faith, hope, and charity, and welcome all who come. Yet, he went on, our true home lies still before us and we come together as seekers, spurred on by the longing of the unsettled heart.

But as the marvelous events of the weekend unfolded, I could not help thinking, “aren’t I at home here?” Don’t I belong here, surrounded by these friends, old and new, who are on the same quest as I am? Throughout the weekend, I found myself feeling more and more at home. The events addressed questions and needs that burn within me, questions and needs that I am so often told to censor. For example, we are often told to view limits and failures as things that alienate us. But Cardinal Sean O’Malley, Timothy Shriver, and Jean Vanier in their talk “The Challenge of Disability,” responded: being limited is an experience that allows our humanity to flourish, and reveals our deep-seated need for charity and true belonging. I found myself at home in the warmth of their humanity. In event after event, in so many conversations and reunions, I had the same sense of being at home. The NYE felt like a home because it was a place where the heart was valued, rather than censored.

But clearly the New York Encounter is not my home and three days is a short time indeed. Two week later, the Metropolitan Pavilion is cleared out, and everyone has gone back to their corner of the country. How could I have felt truly at home, and yet know it is not truly my home? What now?

The key, I think, goes back to story of the Ugly Duckling.

The swan born into the family of ducks has everything he needs. He has parents and a place to live safely. Yet he is exceptional: he looks different, sounds different, is different. The fact that he is different, that he doesn’t fit in, is an indication of his greatness. But he is viewed as a misfit, and he comes to view his difference as a curse. The feeling that something is missing makes the Ugly Duckling into a seeker; he begins to search for the place where he belongs. Only later, in the encounter with the flock of swans, does the Ugly Duckling realize the true depth of his identity: he is a swan, made for a life greater than he could have realized. The Ugly Duckling realizes his true grandeur and worth only because of a relationship that reveals to him who he is.

In any home built by human hands, I feel like the Ugly Duckling: that I don’t quite fit in and that something is missing. With these earthly homes as my only horizon, that “something” will be forever missing. The incessant longing of the heart would then seem to just be a curse, a burden, a sign of rejection. The heart will remain a burden until I experience a gratuitous relationship that reveals to me who I am and where I am going. Luigi Giussani, Servant of God and patron of the NYE, says that this is the relationship of father and child. To be a father and to be a child means to share in the experience of communicating and receiving the meaning of life. Merely searching for the meaning of life made me a misfit. With the father, the longing that made me a misfit now is my greatness.