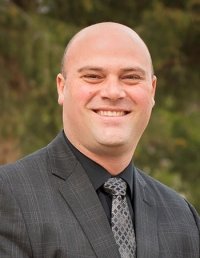 How did Casting Nets come to be founded?

I was a camp director at Totus Tuus, and Chris Stewart was the director. In our first year we looked at each other and said, Let’s engage high school guys. So we started looking for the really charismatic ones, the dynamic alphas. We trained them and got them ready to commit their entire lives to Jesus through Mary, according to St. Louis de Montfort’s consecration to Mary. They became leadership-level guys, and it all became the Knights of the Holy Queen. We had 200 guys involved, 40 or 50 of whom went on to enter the seminary. So we had a really high success rate, if you will.

Then we started getting calls from parishes and seminaries asking us about what we were doing, and asking if we could put it all together in a program. But the Knights of the Holy Queen isn’t a program. That’s a problem a lot of parishes have – they try to do programs without recognizing the underlying principles.

So Chris and I decided we had to teach the foundation of evangelization, the seven pillars – prayerful, invitational, hospitable, inspirational, sacramental, formational, and missionful – so parishes could really evangelize properly. We started a radio talk show, we wrote booklets, founded the website, featured podcasts of our talk show, and began counseling with parishes, which is usually a six-month relationship with training.

Within Casting Nets, there’s the Casting Nets Institute, which is targeted at High School students. Why that age group?

We saw a hole in evangelization in high school. These kids do these retreats and youth conferences and the March for Life and Life Teen, and the kids just live for those, bouncing from one to the other, always waiting for the next one, but then in between they experience these really deep lows. They don’t need to do them all – once you go to one conference, maybe two, there’s nothing else you can get out of it. It’s all the same stuff. They’re really just emotional highs. But they do it because there’s nothing else. We wanted to fill that hole. So the Institute isn’t like the other retreats or conferences – it’s very intense, and there’s a lot of quiet prayer. We do Morning Prayer, Evening Prayer, Night Prayer, the Rosary, the Chaplet, daily Mass, and an hour of adoration every day. And the kids are coming up to us saying they’re exhausted. That’s good! It means they’re stretching their prayer life. You have to do that because if you don’t, you won’t be able to discern. And everything is a discernment.

We want to start a retreat or Institute of some kind for college students. These kids studying theology or youth ministry in college, they want to evangelize, and they have the knowledge, but they don’t know how to do it. They’re rude and forceful and they don’t understand that everything is based on discernment. You can’t do programs because that isn’t based on discernment. Each person needs something different, and programs can’t do that. You need to discern, with each person, whether you’re supposed to listen, or talk, or be funny, or serious, or put yourself out there, and just having the knowledge isn’t enough.

What’s your favorite part about evangelization?

Oh, seeing the fruits, for sure. This is best illustrated with a story: We went to a parish in Florida to train them, and we thought it went really well. We left feeling really good, and they were all excited and thanking us, but of course people always do that. A year later we went to a conference that was being held in Florida that year, and that parish was there. They had booths set up, and parishes don’t normally do booths, and on the big screen in the conference hall they were looping a video of the parish’s priest, all fired up and preaching. So I went up to the parish’s booths and said, “Hey, it’s Father Charlie up there, bringin’ it like always!” just to kind of get them excited. And the woman said, “No …” “But he’s up there … bringin’ it like always …” I said, kind of confused, because I was looking at the video right there. And she said “Yeah, he’s bringin’ it, but not like always. Before you guys came, he never did that. He wasn’t like that at all. Your training completely changed the parish.” That was really humbling, seeing how we had helped let the Holy Spirit into that parish to really help it and bring it alive.

Who is your hero?

I grew up in a large adoptive family, and we’d take in foster kids too. When you live in a house like that, every problem is exaggerated. Someone hurt themselves and they’re yelling, someone broke up with her boyfriend so she’s in her room crying, everyone is very loud, and the house is just chaos. My mom was crippled, and she got in a car accident when I was a kid, and it blinded her. Very soon after she came home from the accident, we took in a crack baby. So we had this new baby, and my mom is trying to learn how to take care of it, while learning how to be blind, and the house is just chaos.

One night while all this is going on, we got a call, and my dad answered it. It was the local hospital. They said that a girl had just been abandoned there by her mom, who just dropped her off, said she had mental problems, and then just drove off. The hospital wanted to know if we would take care of her. So my dad looks around at the chaos going on in the house, and he looks at my mom, who’s crippled, taking care of this new crack baby, and she can’t see, and tells her what the hospital wants, thinking she’ll back him up and say, No way. But my mom said, “Well, there’s no way this call would have happened if God didn’t want it. So yes.” Which doesn’t make sense at all! Here’s all this chaos, and there’s so much going on, and she can’t even see, and the logical answer is No, therefore it must be God’s will, so the answer is Yes! So my dad just said to the hospital, “She said yes.” And the girl stayed, and now she’s my sister.

My dad used to say that sometimes a leap of faith is necessary to know you have it.