Ways ISIS is Winning (And Ways it Never Should) 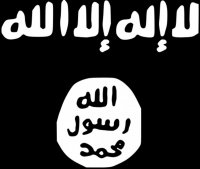 ISIS, the younger brother of Al Qaeda in the dysfunctional family of radical Islam, was once minimized as the “JV team” by President Obama. The JV just joined the varsity.

ISIS has killed 1,000 people so far this year in high-profile attacks from the January beheadings to the Paris attacks of November. ISIS now controls a “nation-sized” expanse of land in Syria and Iran governed (poorly) by ISIS courts and providing (inadequate) ISIS-controlled services including schools.

The terrorists have stolen our charity

In recent polls the majority of Americans want to reject Syrian refugees for fear that terrorists will enter the nation with them. As a matter of policy, most American governors have already rejected the idea of accepting Syrian refugees.

The enormity of that should not be lost on us. America was established by refugee founders, grew by refugee immigrants and even benefited from intellectual refugees. When a nation of refugees shrinks in terror from refugees, we have lost something of our soul.

Fearing the refugee robs us of our humanity, transforming us from agents of God’s love to pawns in a partisan game. Half of us think the other half heartless and half think the other half clueless while neither side is willing to work to create the solutions necessary to receive immigrants responsibly and safely.

“When we play mercy against justice we play the cards of the evil one,” said Catholic philosopher Rémi Brague. We are playing his hand as rarely before.

Terrorism has made each of us a suspect

Fearing refugees is only the beginning. Because of ISIS, we now fear our own neighbors–and they fear us.

The kind of scrutiny each of us undergoes to board a plane today is greater than the scrutiny suspects were given when they were jailed a century ago. In order to visit our own congressional representatives in Washington, we have to submit ourselves to a search of our property and our person.

It is a hallmark of a healthy society that we are “innocent until proven guilty.” In the age of terrorism, we are all guilty until proven innocent.

Trust and mutual respect undergird peace and prosperity; it is the invisible balm that allows our society’s moving parts to operate without friction. Where trust and respect are replaced by suspicion and alarm, expect the system to grind, stop up and malfunction.

The terrorists have stolen our confidence in the future

As a popular inspirational quote attributed to Helen Keller puts it: “Optimism is the faith that leads to achievement. Nothing can be done without hope and confidence.”

Mark Twain said the same thing cynically: “All you need in this life is ignorance and confidence, and then success is sure.”

ISIS and the terror model have hung a black cloud over the future, blotting out optimism, hope and confidence. And in a century that started with 9/11, none of us has the luxury of ignorance.

The horizons are endless on a sunny day; but each step is uncertain in the dark. Instead, we have fear; we imagine threats instead of opportunities, we choose safety over boldness and we spend our energies worrying instead of planning.

What’s the Catholic response to all this? We know very well. But it’s hard.

As St. John Paul the Prophet put it in his letter At the Beginning of the New Millennium, “We do not know what the new millennium has in store for us, but we are certain that it is safe in the hands of Christ, the King of kings and Lord of lords.”

A series of key Christian attitudes lived in his heart that we too often reduce to platitudes: “Be not afraid,” “keep the faith,” “serve others.”

If we have sapped these concepts of their power, we can no longer afford to do so. Either Jesus Christ is really the king we celebrated yesterday or he isn’t. Either we are grafted into the life of the Trinity, or we aren’t. We will either risk ourselves for others or lose ourselves by abandoning them.

In the Middle East our brothers and sisters in Christ are heroically sacrificing themselves in his service; believing, trusting and serving in the teeth of ISIS kidnappings, murders and destruction.

We can pray to the Coptic martyrs to help us wield the weapons they did against terrorism: a living faith, an active hope and serious love.