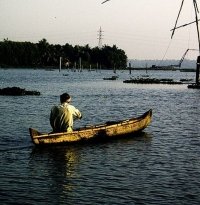 The criticisms of Pope Francis’ economic vision have been harsh and unrelenting: National Review says “Laudato No,” Maureen Mullarkey in The Federalist called it “An Extravagant Rant“ and David Brooks in The New York Times echoes their basic premise: The growth that lifted so many from poverty in the past century would not have happened if Pope Francis’ economic ideas held sway.

I understand where they’re coming from. Pope Francis is a harsh critic of the economic excesses of the West. For those used to hearing ideologues rail against the capitalism, the Pope can sound like one of them.

Here is what the Pope actually says in Laudato Sí:

“In order to continue providing employment, it is imperative to promote an economy which favors productive diversity and business creativity,” he writes (No. 129). “Business is a noble vocation, directed to producing wealth and improving our world.”

Of course, that’s not all he says. He also continues the project that the Church is always undertaking: To rescue the human person from the ideologies that would reduce our dignity by defining us merely as consumers or political pawns.

To Catholics, the market and the state need to serve us, not the other way around—as St. John Paul spelled out in in 1991’s Centesimus Annus: “People lose sight of the fact that life in society has neither the market nor the State as its final purpose, since life itself has a unique value which the State and the market must serve.” (No. 49).

Given the choice between the state and market defining us, Pope Francis in Laudato Sí chooses “none of the above.”

“Politics and the economy tend to blame each other when it comes to poverty and environmental degradation,” he writes (No. 198). “While some are concerned only with financial gain, and others with holding on to or increasing their power, what we are left with are conflicts or spurious agreements where the last thing either party is concerned about is caring for the environment and protecting those who are most vulnerable.”

Western eyes might read his critique of market excesses as a critique of capitalism—but we forget that capitalism is not a single monolithic system.

One is oligarchic capitalism—where the upper class gets capitalism and the lower classes get the shaft. This was the capitalism Pope Francis saw in Argentina, and he lived through the Great Depression that it sparked there. He hates it, and so should we.

Another is state-guided capitalism: This is the capitalism of China or Dubai—and, increasingly, of the West, where as Alisdair McIntyre put it, “What we confront today is a new leviathan: the state and market in a monstrous amalgam.” This is the system that marries corporate greed to government greed to our ruin, according to Francis (one example off the top of my head: the HHS mandate and contraceptive companies).

Another capitalism is “Big Firm Capitalism.” This predominates in America, and Pope Francis specifically criticizes it, using the example of large firms crowding out small farming, hunting and fishing (No. 129) and diminishing all of us: “This paradigm leads people to believe that they are free as long as they have the supposed freedom to consume,” he writes (No. 203). “But those really free are the minority who wield economic and financial power.”

The fourth kind of capitalism is Entrepreneurial Capitalism—the “business creativity” which Pope Francis says is “imperative to promote;” business as a noble, creative, vital job-building vocation. This is the “think small” economy that puts people in the first place, and values products by how they create real value in customers’ lives.

The old parable of the investment banker and the Mexican fisherman sheds some light on the question.

The story goes like this: An Investment banker is vacationing in Mexico when he sees a fisherman pulling his boat onto shore in the late morning. “You fish for a living?” he asks. “Tell me, what is your typical day like?”

“I wake up late, fish a little, play with my children, and take a siesta with my wife. In the evenings, I go into the village to see my friends, have a few drinks, play the guitar, and sing a few songs,” he says.

The investment banker scoffs and offers him some advice: “You should start by fishing longer every day. Catch and sell extra fish, and buy a bigger boat. That means more fish and more money and you can keep adding trawlers until you have a fleet. Forget selling to the merchants in town. Get a contract with the processing plants in the city. Then you can leave this little village and move to Mexico City, Los Angeles, or even New York. In 10 to 20 years you can take your company public and make millions.”

“And after that?” asks the fisherman.

“After that you’ll be able to pay down your debt and hopefully retire and live the good life. You can live in a tiny village near the coast, sleep late, play with your children, catch a few fish, take a siesta with your wife, and spend your evenings playing guitar and drinking with your friends!”

Which man’s world do we live in? Which would we rather live in?

To fill out the story, you can imagine the “throwaway culture” the investment banker or the Big-Fish CEO would have to embrace to live his lifestyle: The international trips, the hotel stays, eating on the run, the damage to family relationships and the relentless search for solace in entertainment.

As Pope Francis put it, “a minority believes that it has the right to consume in a way which can never be universalized, since the planet could not even contain the waste products of such consumption” (No. 50).

Pope Francis does not reject capitalism. He does reject a system where some get rich off of speculation while the middle class lives in a kind of wage-slavery to mortgage and credit-card lenders, while both suffer epidemic levels of anxiety-related disorders —and where the poor lose all ambition and line up in government offices as de facto wards of the state.

I, for one, agree with Pope Francis.