After Orlando, Why Didn’t We Unite As One? 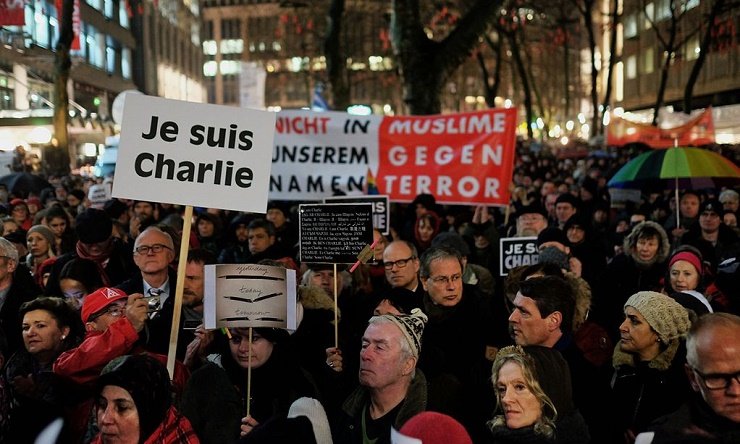 On January 7, 2015, terrorists shot and killed 12 people in Paris. The response in France was immediate and overwhelming. “Charlie Hebdo vigils: Across France, hundreds of thousands gather in a show of defiant solidarity,” said a UK newspaper headline that very night.

On June 12, a shooter pledging allegiance to ISIS shot and killed 49 people in Orlando. “Thousands Attend Vigils Around US for Orlando Victims,” reported ABC News on June 14.

France’s hundreds of thousands vs. America’s thousands. A worldwide rallying cry of “Je Suis Charlie” (“I am Charlie”) in support of cartoonists vs. a heartfelt but fractured show of support for victims in an American city.

Don’t get me wrong. There were beautiful examples of people reaching out to comfort and serve the victims and their families after Orlando. There were the lines of people giving blood. There was the JetBlue plane where strangers reached out to a grandma. There were worldwide vigils.

But our numbers were uninspiring: Thousands in New York and Los Angeles. Hundreds in Vermont. “More than two dozen” in Georgia. In Hawaii, “nearly 200.”

Ironically, at the very moment when America most needs tolerance, non-judgmentalism and unity we are at our most intolerant, most judgmental, least united.

Some of us could only think about what the killer represented: He represented immigration, or Islam, or ISIS, or homophobia, or, strangely, Christian opposition to gay marriage.

Some of us could only see the victims as categories: They were not just human beings; they were homosexuals, or night-clubbers; they were privileged or under-privileged; they were white or Latino.

To say we are too political is silly: Man is a political animal. It’s the way we are political that matters.

Some of us are ideologues.

Ideologues have a fanatical attachment to one piece of the truth such that this one truth comes to shape every issue. When something like Orlando happens, our ideological blinders become very clear. We didn’t see human beings, we see pawns: We don’t say, “These poor people died,” we say, “These deaths prove I’m right!”

Others of us are partisan pragmatists.

We don’t really see “truth” as a thing. When you confront us with an idea, we don’t ask, “Is it true?” We ask, “Does it help me?” Does it further my ambition, or my wealth, or the win-loss record of the team? When we looked at the shooting at Orlando we were too busy asking “How does this help my party?”

You can see how these two political tendencies played out at the cross.

The Sanhedrin were ideologues. Jesus was a threat to their worldview. “If we leave him alone, all will believe in him,” they said. So they killed him.

Pilate was a partisan pragmatist. Jesus threatened his power. When Jesus appealed to the truth, Pilate said “What is truth?” and killed him.

Both of these ways of looking at the world kill people, because both make human beings a means to some other end: their ideology or their party.

The only way out of both traps is love. Not romantic love that focuses on feelings. Not permissive love that dismisses the truth. Real love.

Love means being able to see the truth with clarity and yourself with honesty, like the Good Thief.

It means loving my neighbor as myself, despite his flaws, because I, too, am flawed.