Dispatch: Dickens and the Refugees Lost at Sea 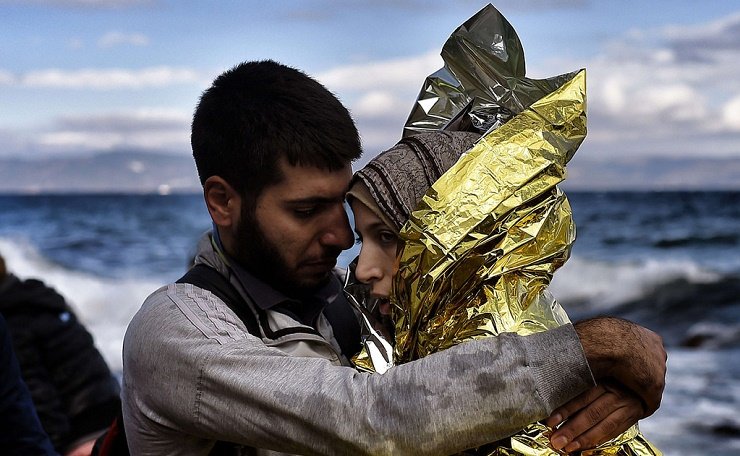 Today some messages on WhatsApp made me think of Charles Dickens and damned statistics.

Each year for the past five years I have taught an Introduction to Literature class for college credit to high school seniors. I have always included Charles Dickens’ novel Hard Times, for two reasons. One, frankly, is that its length fits the course well and I have it well prepared. But the more important reason is because it is a novel-length refutation of the notion that it’s only facts that matter, that flights of fancy and matters of the heart make no difference in this hardscrabble world. In the novel, a young girl, Sissy Jupe, comes to live at the home of the personification of the “hard fact fellows,” Mr. Thomas Gradgrind, whose daughter Louisa, is a star pupil in the school Gradgrind has founded. In a particularly poignant chapter entitled “Sissy’s Progress,” Sissy confides in Louisa her sadness at her inability to grasp what she is being taught.

The chapter is a masterpiece of rhetoric, where the novelist is showing the insanity of the educational system through the confused innocence of a little girl who is unable to answer simple questions put by the schoolmaster, whose name is a Dickensian masterpiece in itself: Mr.  M’Choakumchild:

‘Tell me some of your mistakes.’

‘I am almost ashamed,’ said Sissy, with reluctance. […]

‘Then Mr. M’Choakumchild said he would try me once more.  And he said, Here are the stutterings—’

‘Yes, Miss Louisa—they always remind me of stutterings, and that’s another of my mistakes—of accidents upon the sea. And I find (Mr. M’Choakumchild said) that in a given time a hundred thousand persons went to sea on long voyages, and only five hundred of them were drowned or burnt to death. What is the percentage? And I said, Miss;’ here Sissy fairly sobbed as confessing with extreme contrition to her greatest error; ‘I said it was nothing.’

‘Nothing, Miss—to the relations and friends of the people who were killed.  I shall never learn,’ said Sissy.  ‘And the worst of all is, that although my poor father wished me so much to learn, and although I am so anxious to learn, because he wished me to, I am afraid I don’t like it.’

This morning as I was going in for the morning shift (a strange name for a 9 to 5 shift!) the head of HSA, Fred Morlet, updated us, as he does often through a WhatsApp business bulk text, about new arrivals to the island. The first information was that a boat had landed in Katya, not far from the airport, and that all people were safe. The second was a report of a boat that had capsized, but more info to follow.

Then this message arrived:

Hello everyone, there was a shipwreck today around 7k from the south shore of Lesvos, the boat, 3 meter wooden boat, left Turkey around 1am and it flipped 45 min later because of high waves on the Greek side, people swam for over 8h until rescued by a boat. The boat had 13 people on it, one family with two kids that died, 4 (one woman, 3 men) arrived to the hospital in relatively good condition, and 3 guys still missing. In total: 2 kids; 2 women: 9 men. Only two had life vests. Survivors so far are 3 men and one woman.

So thirteen people had set out last night and only four had arrived. As I write this, the still-missing are presumed dead. We speak of the millions of refugees who have left Syria and Iraq, of the record 184 boats arriving on Lesbos in one day last October, a month which averaged over 100 boats a day. We read about 300,000 or so who have crossed to here, and perhaps 3,000 who didn’t make it.  That’s a 99% success rate.

I recall the harrowing morning of 9/11, trying to locate friends, especially for my brother who was working for Merrill-Lynch in London, frantically trying to find friends and co-workers on cell-phones which didn’t work since the main cell tower was on one of the buildings that fell. Mayor Guiliani was asked early on how many lives he estimated lost, and he famously said, “More than any of us can bear.” That cut beyond statistics to matters of the heart.

New Yorkers lost around 3,000 friends that morning. I lost friends and my brother lost friends, including a groomsman at his wedding. And it didn’t have to happen.

A similar number of souls has perished in a short stretch of the Mediterranean over the past few months. Most of them are fleeing persecution and the destruction of their homes and/or livelihoods. Again, it didn’t have to happen.

Do I rejoice that 99% of the people make their way across?  I guess so. I am glad, as I see families heading off to Athens for their asylum claim interviews, their eyes full of nervous excitement at the next step in their odyssey, and as I see new arrivals take their place in the RHUs of Kara Tepe.

But Sissy Jupe’s words ring strongly in my ears and heart. It was little consolation for my brother to locate 99% of his friends and coworkers after 9/11.  And the percentage, in a very real sense, is nothing… “Nothing, Miss—to the relations and friends of the people who were killed.”

Tomorrow I will again sort clothing and try to get all the bins ready for distribution for new arrivals, especially the children. But tomorrow I will also think of and pray for the RHUs which didn’t get occupied, and for the families … the children I will never meet.