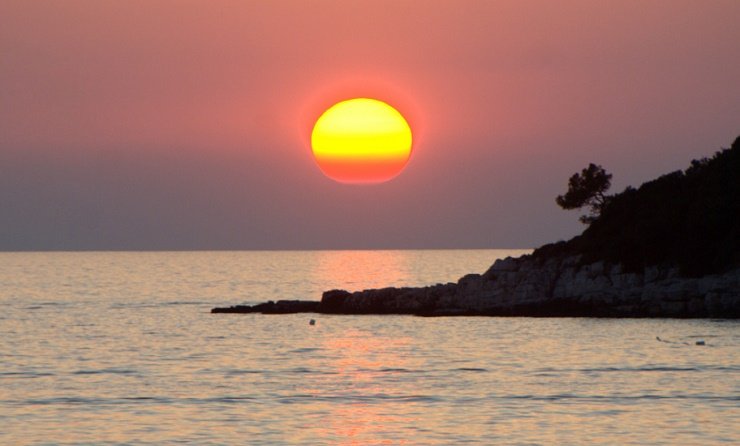 The morning of my last shift at Kara Tepe, I learned that Mohammed had come back from Athens after his interview. He was unhappy because some of his stuff had gone missing while he and his family were away from the camp.

I was dreading saying goodbye to this man who had become a friend. In anticipation of it, I had brought some supplies and donations over to him in a leather bag my dad had given me, which, though great quality, was fairly beat-up. I thought it might console Mohammed for some of the stuff he lost as well as serve as useful luggage for his journey to wherever next.

I brought it to him. He was moved by the gesture. I was due to have a goodbye lunch after my shift with Faris and his family (the guys’ circle) so I told Mohammed I’d be back.

After another ascent up the Mount Tabor of rice and chicken, I bade a quick farewell to Faris and company, knowing that coffee with Mohammed was a must. His little girls (aka “Screams 1, 2, and 3”) were especially noisy and agitated, Maisun was the steady peaceful smile she always is, but Mohammed himself was quite jaded and pensive. There is only so much frustration a person can take. He mumbled what I thought was a rebuke to his son, Barak. He emerged from the RHU with sandals.

I was supposed to try on these sandals to see if we had the same shoe size. We do. They fit well. He said he had bought them a week ago and that they were bothering him. He didn’t want them anymore. I went along, knowing that that was a load of nonsense and knowing that there was no way I was going to get out of the gift I was about to be given. I tried to negotiate the situation as a trade for my Tevas (which had been through the mill, hardly a fair trade, and which I had resolved to leave in the camp anyway) but to no avail.

Mohammed walked me all the way back to the chai place and I had to say another goodbye, to Amina. (That morning Amina and I had survived a chai-rush, pouring cups non-stop to a crowd of people who consumed the entire fifty–liter batch in less than fifteen minutes.)

Amina waved me off, busying herself with something else for five minutes. Then she came over. Accustomed to goodbyes to volunteers by this time, she shook my hand and said “Good bye, my brother.” We both avoided eye-contact. Then I got a hug.  A hug. This is from a very proper Muslim woman. She doesn’t hug men who are not family. I got the family treatment.

I didn’t cry about it until I left the camp, but the tears are flowing again as I write this. Amina has her interview in Athens at the end of August. She has many volunteers to say goodbye to from now until then. Several long term volunteers are ending their time at Kara Tepe over the next few weeks.

It is so easy to leave. I miss my family terribly. But it is so hard to say goodbye. There is a good deal of survivor guilt involved. Why me and not them? These are normal people, good people, peace-loving people, whose lives got upended. For every story I have told in these dispatches, there are ten I have not been able to.

On a trip to Wal-Mart for supplies before coming here, in the dollar bin I found these cool battery-powered lights that clip onto a baseball cap. I had used them on my night shifts, looking so darn official. I gave one to Basil, one of the teen helpers who is a constant presence, helping out at chai and translating for us from Arabic and Kurdish. He was thrilled with it. He is sixteen. Less than two years ago ISIS decided to wipe out Yazidis from Northern Iraq, starting with Basil’s home town of Sinjar, a town so ancient it is featured on Roman maps.

I have a fourteen year old son Johnny who also loves gadgets like Basil does. I hope Johnny never has to take a Kalashnikov rifle off a corpse to fight for his home and cover his family’s escape from an army of marauders, like Basil did in August 2014. I also hope this lovable kid with a great heart finds a place to continue school and make something of himself. And I hope to God racism and rejection don’t sour his soul, that people will judge him as the fine young man he has become, and be open to hear his incredible story, and moved to compassion when they do hear it.

I didn’t have the strength for more goodbyes. I walked out of the camp, said a quick farewell to the Greek security guards who are always cracking jokes, and started down the road.

About halfway home it hit me. By now, I had probably walked a mile in Mohammed’s sandals, which I know in my heart will never ever really belong to me.

A mile in his sandals. Was this what this whole experience was about? I know in the days and weeks to come, as my real life comes back and the school year begins, there will be time to sift through the swirl of emotions I was swimming in on the road back from Kara Tepe. But I know that the core of what I have learned was strapped to my once blistered and now calloused feet.

I had come to Lesbos to see a situation close-up and to relieve the suffering of others. I had worked for a great organization which is now going to open a new front by taking on a new camp, Agios Andreas, near Athens. I had come, in my mind, as an act of generosity. I return having received much more.

I don’t want to end these dispatches with a clichéd “giving beats receiving” thought. No. What beats everything is encounter, in the sense Pope Francis has spoken of so eloquently and exemplified so often. I came to encounter people, and let them encounter me. This refugee crisis is not statistics or analytics or policies, it is people. It is not about Arabs and Yazidis and Afghans. It is about Mohammed and Faris and Shahab and Basil and Fayez and Ramy and Hatima… and hundreds of others.

As I left the camp, every RHU was occupied. Full capacity. They are planning to build three hundred more RHUs over the next month or so, because, after a summer ebb, the wave of humanity will flow again more freely in the fall.

What these people want is not a hand out. They want a chance at a new life. They want a chance to rebuild what they’ve lost and what’s been taken from them by violent hands. Whenever you hear about this issue in the news or anywhere else, try to imagine it’s happening to you. They did nothing to deserve this exile. Try to walk a mile in their shoes.

In gestures of friendship that transcend borders, race and creed, they may even provide the sandals for the walk.