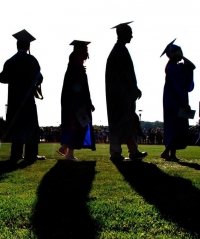 Students are rising up to demand change on campuses from Yale to the Claremont, Calif., colleges — and not sparing the places in between. Student protests have led to the resignation of University of Missouri’s president, Tim Wolfe, and the denunciation of Princeton’s favorite alum, President Woodrow Wilson.

They are mad as heck, and they aren’t going to take it anymore! The only question is: “What is it they won’t take anymore?” A new jargon peppers their complaints: They refer to “trigger words,” “safe spaces,” “microaggressions” and “rape culture.”

What are they talking about, and what can we learn from their complaints? Here are a few lessons we can learn:

First: Without virtue, you need regulation.

As much as critics denigrate the hypersensitive nature of today’s campus complaints, we should first admit that they are not totally without merit.

The first in a spate of campus stories to enter national headlines was the protest against the administration of the University of Virginia, after Rolling Stone magazine’s story “A Rape on Campus” went viral. The sensational story about a gang rape at a fraternity party came at a time when the federal government was stepping up efforts to curtail a “rape culture” on campuses by expanding its Title IX regulations to target sexual harassment.

The story turned out to be disastrously wrong, but activists insisted that, nonetheless, the “rape culture” was real. Feminists complain about a toxic culture on college campuses, where women are treated as sex objects and are told not to walk alone at night, while demeaning male behavior is shrugged off.

Catholics would mostly agree. Of course it is true that sexuality unleashed from self-control and unchecked by personal morality creates a hostile environment for women. Animal House attitudes toward sex create an ugly, selfish male culture.

But all the regulations you can imagine — including the Title IX sexual-consent policy that says that agreement must be verbal, explicit and “ongoing” — will not help the culture on campus. Only promoting the sacredness and power of sexuality and the moral responsibility of all parties involved will do that.

Another hallmark of the campus crisis has been about “microaggessions” and “trigger words.” Those are the terms given to intellectual positions that students find threatening or upsetting.

In Vox’s “I’m a Liberal Professor, and My Liberal Students Terrify Me,” an anonymous writer shared the run-ins he and his colleagues have had with students who did not want certain concepts discussed in their presence because they found them hurtful.

He quoted Northwestern University professor Laura Kipnis saying, “Emotional discomfort is [now] regarded as equivalent to material injury, and all injuries have to be remediated.”

California, as is so often the case, set the benchmark for crazy. According to an article in The Atlantic, during the 2014-15 school year, “the deans and department chairs at the 10 University of California system schools were presented by administrators at faculty leader-training sessions with examples of microaggressions. The list of offensive statements included: ‘America is the land of opportunity,’ and ‘I believe the most qualified person should get the job.’”

One reason for this is clear: We as a society have raised our children in a very narrow intellectual space. By insisting on politically correct ideas while forbidding challenges to secular “orthodoxy,” we have left many of them incapable of confronting new ideas.

Students who are taught that only a narrow range of ideas is acceptable will, not surprisingly, find new ideas unacceptable.

Third: The mission of the university has fundamentally changed.

But the students aren’t the only ones at fault. The very purpose of universities has changed, and the universities caused the change.

From their beginning, universities served as a kind of crucible in which ideas were forged, tested and strengthened. Think of St. Thomas Aquinas, in the early days of the university, creating his masterworks on theology by subjecting every argument to the most challenging possible objections.

Students worried that the debate would question prevailing attitudes about the rape culture and “could serve to invalidate people’s experiences” in a way that could be “damaging.”

So students advertised a “safe space” for anyone who found the debate traumatizing. “The safe space,” the columnist explains, “was intended to give people who might find comments ‘troubling’ or ‘triggering’ a place to recuperate. The room was equipped with cookies, coloring books, bubbles, Play-Doh, calming music, pillows, blankets and a video of frolicking puppies, as well as students and staff members trained to deal with trauma.”

When debate is feared instead of sought, the meaning of a university is changed from a place of inquiry to a place of indoctrination.

And in the overwhelming majority of universities in America, indoctrination in secular ideologies seems to be a way of life. Consider some of the courses offered on university campuses:

— University of Virginia offers “GaGa for Gaga: Sex, Gender and Identity,” which follows the pop superstar in deconstructing what we as a culture believe about sexuality.

— University of Pennsylvania offers “The Feminist Critique of Christianity,” gathering in one class the case made in many curricula against Christ.

These classes aren’t flukes; many universities have become places where students’ self-evident understandings of life, liberty and the pursuit of happiness are deliberately dismantled and gender theories and deconstructionist ideologies put in their place.

Feministing.com — one half of Brown’s debate, above — says as much. One article on the website explains: “The point is to disrupt. It’s to halt business as usual. … Appeals to ‘respectful conduct,’ ‘professionalism’ and ‘rationality’ are deeply racially-coded and gendered.”

Their approach is not unique. The website TheDemands.org has collected student demands from around the nation.

Boston College students’ bullet-pointed list demands that the college “engage all learning through reflecting on power/privilege for self and other.”

Guilford College students demand that each week faculty members should have to write a letter to the student paper, calling themselves out for being racist.

Catholic universities are not immune to “victim-power” politics. A Notre Dame of Maryland University student group demands that “faculty and administration take all religious holidays into consideration when creating their syllabi and the academic calendar.”

Ironically, the very movements that once ostensibly championed inclusiveness and objectivity have begun to demand that one ideology rule all others: an ideology that reduces all aspects of human identity to a zero-sum power struggle.

And through it all, the Catholic Church still presents the best model for what a university should be.

In his 1990 apostolic exhortation on Catholic higher education (Ex Corde Ecclesiae), St. John Paul II spelled out what a university looks like: “Its unity springs from a common dedication to the truth,” says the document, and then spells out the specific duties of faculty, students and administrators to serve the truth (“The University Community,” Nos. 21-24).

What is the alternative to the campus crisis? Christ’s words should echo through the university halls: “The truth will set you free.”

This first appeared at the National Catholic Register.