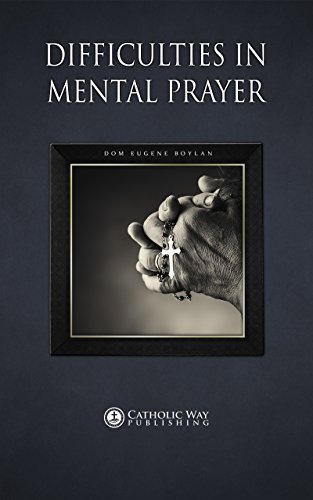 Caught up in the day to day busyness of life? Convinced yourself that “the active life” means that there’s no need for daily, dedicated prayer time? Think a deep, profound interior life isn’t for you?

Think again. You need an old-fashioned Irish Cistercian to give you a “come to Jesus” moment.

Dom Eugene Boylan’s short book Difficulties in Mental Prayer is widely regarded a spiritual classic. Quoting from Aquinas, St. John of the Cross, and other masters, Dom Boylan pinpoints the various diseases that infect the spiritual life and prescribes remedies—all with the fiery wit of a true Irishman, and the humility of a Cistercian abbot.

Picky when it comes to your spiritual inspiration? No worries: the book’s got an imprimatur.

And no matter what your state, says Dom Boylan — religious, diocesan, lay — the principles he lays out are the same and apply to all Christians of goodwill. At least one of his bold insights is sure to shake up your interior life for the better.

Here are some of the best, in order of appearance.

“A Christian who does not pray is like a man who neither thinks nor wills — a mere animal in the spiritual life.”

To be fully human means to pray: consistently, faithfully, in union with Christ.

“On the working of the will the whole of the spiritual life depends … True devotion … consists in the readiness of the will to serve God.”

As Dom Boylan will mention later, the devil’s famous line, Non serviam, is exactly opposed to this truth.

“Spiritual reading and mental prayer are as necessary for the life of the soul as daily food is for that of the body.”

Pope St. John XXIII wrote something similar in his “Decalogue” prayer: “Only for today, I will devote 10 minutes of my time to some good reading … [which] is necessary to the life of the soul.”

“If a man thinks not in his heart, his whole spiritual life may soon be laid desolate.”

The Catechism affirms: “In naming the source of prayer, Scripture speaks…most often of the heart (more than a thousand times)” (par. 2562).

“‘Fine speeches’ should be avoided like a plague in private prayer.”

Are we busy waxing eloquent in prayer, or are we speaking familiarly with our Creator?

“The great secret of all intercourse and close partnership with Jesus is to give Him a chance to be to us a Savior.”

Jesus condemned Pharisaism with some of his strongest words. Prayer and mercy go hand in hand.

“Keep in touch with Him [Jesus] by all possible means and at all costs.”

This secret of prayer is like the secret of the martyrs: there are some things we must not be willing to give up. 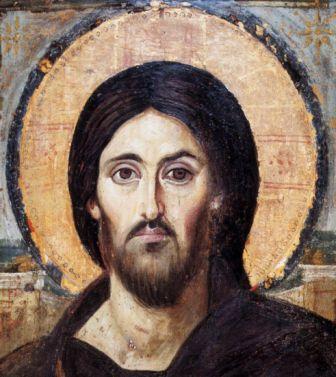 “The spiritual life is a love affair with Jesus.”

Dom Boylan knows his nuptial imagery — and how crucial it is to describe so much of the spiritual life.

Inordinate self-love, as many spiritual writers call it, is a deadly enemy.

“Every soul who wishes to advance should try to look God in the face, in all reverence, at least once every day.”

C.S. Lewis had a similar idea with an eschatological twist. See The Last Battle for a refresher.

“It is…an illusion to hope to become a man of prayer while one comes to terms with the enemy.”

To put it another way: we don’t negotiate with spiritual terrorists.

“The greatest of all forms of unhappiness [is] halfhearted service in religion.”

What does Christ say to the lukewarm Laodiceans in Revelation? “I will spit you out” (Rev 3:16).

“One single deliberate habit of infidelity spoils the sense of companionship with Jesus and thus prevents prayer.”

We can’t have it both ways. Jesus wants all of us in prayer, just as He gives His whole self to us.

“There is no joy in this life to equal that of sharing the cross with Jesus.”

This sort of blows a hole in that “eat, pray, love” thing, doesn’t it?

“Although all our acts can be prayer, they will not be so, unless there are some acts which are nothing else.”

Active/contemplative is an emphasis, not a dichotomy. All of us are called to do both—for each nurtures the other.

“To go to Him through Mary is not only the shorter but also the surer way.”

Dom Boylan is in excellent company promoting Marian devotion as a shortcut to sanctity.

“Too often [in prayer] we are seeking consolations, seeking ourselves…We are praying in our own name, instead of that of Jesus Christ.”

I guess so much for navel-gazing, too.

“There are no joys in this life to equal those that the heights of prayer can bring.”

Only a firm belief in this truth will keep us clinging to the Rock of Christ in arid times of prayer.

“The tragedy is that … when our Lord draws their attention to some attachment that He wants them to give up, [they] turn away sorrowful … and the thing that holds them is so tawdry and so trifling, is so tragically trash, that the angels must stare in amazement that men can be so mad.”

This line is wonderfully trenchant. Dare we see our attachments for what they really are: obstacles to further union with Christ?

“If there is any failure even on the part of the laity to live up to the faith…the cause is surely to be found in the lack of an interior life.”

Yes, says Dom Boylan, the laity have a responsibility to foster an inner life with our Lord. Do we recognize and accept this gift?

“We do not realize that the Christian life is the life of Christ lived by Christ in us, not merely our own paltry existence, dragged out in lonely weakness.”

No wonder so many Saints have testified that the fifteen to twenty minutes following reception of Holy Communion is one of the best times for prayer.