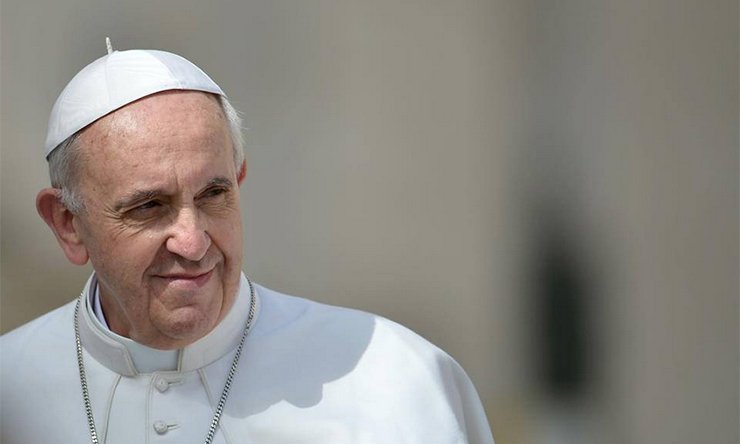 I caused a bit of a stir over at the National Catholic Register. In a piece called “How Catholic Opinion Journalists Should Cover Pope Francis,” I reacted to a phenomenon I have seen a lot of recently: Catholics loudly and insistently decrying a quote or action of Pope Francis.

That got a lot of reaction, as I expected it would — with almost all of it negative. I understand why.

Nobody wants a “Vatican lapdog” press.

A press that covers up for a pope or spins his every move is not only unhelpful — it is irrelevant. Discerning readers quickly learn to ignore a (Cold-War era Russian) “Pravda press.”

But there is another extreme: the naysayer press.

Another model for the Catholic press is to be the leader of the opposition to the pope. In this model, the Press combs through the pope’s words to parse and correct them.

We have seen two versions of this in our lifetime. One is the dissenting Catholic press that flat out doesn’t want to accept the teaching of the Church. We saw this on the issue of contraception in a major way: Catholic writers who decided that their job was to explain why the Church’s teaching is a bad idea that can be safely ignored.

Today we have second version, a kind of reverse version of this with a new set of naysayers: Writers who fear that the pope himself is a dissenter.

As I pointed out at the Register, this is a dangerous stance to take. This kind of writer tells the world that smart Catholic lay people, not the bishops in communion with the pope, are the best place to look for Catholic truth.

So, what’s in between the two extremes?

The short answer is: That is exactly what I am trying to find out.

At my day job, at Benedictine College in Atchison, Kansas, we are holding America’s Catholic Media Summit Nov. 18 and 19 to address these questions, with such luminaries as Raymond Arroyo, John Allen Jr. — and Kathryn Jean Lopez of National Review, among others. (Hey, why don’t you join us?)

A few principles hold, I think.

First: Catholics have a duty to avoid public dissent. It is okay to doubt and struggle with a Church teaching like contraception. It is not okay to try to convince others to doubt it.

Second: Catholic journalists have a duty to get the pope right. The bee in the bonnet of my Register piece wasn’t so much those Catholics who want to explore the wisdom of Pope Francis’s strategy — it was those who lock in misrepresentations about the pope, spreading confusion.

This is especially important because …

Third: In the age of new media, we are each Catholic opinion journalists with a potential national (even international) audience.

I have been shocked at what I have seen on Facebook and Twitter from solid, respectable and respectful Catholic friends. When the mainstream media reports something on the pope, too many of us still seem to take news reports at their word and provide an echo chamber, often feeling free to use strong terms of condemnation.

Too many of us end up locking in on a mainstream media spin on the pope that isn’t warranted by the pope’s words themselves, which we haven’t bothered to check.

I look forward to continuing this dialogue on what to do in the Age of Francis, but I must say that one strategy that has served me well in my career is to be one of the boats that stays close to the barque of Peter.

When I was the editor of the National Catholic Register many readers strongly criticized Pope John Paul II for opposing America on both Iraq wars, but we stayed close to the pope’s judgment on the matter, and history suggests that was the right call to make.

Here at Aleteia, our journalistic project is very much about taking up Pope Francis on his call to build a culture of encounter, go out to the peripheries and evangelize. It means changing our thinking and trying to grapple with what he is asking — and it often yields surprising, and beautiful, results.


This article first appeared in Aleteia.