One Song Summed Up the Sexual Revolution… 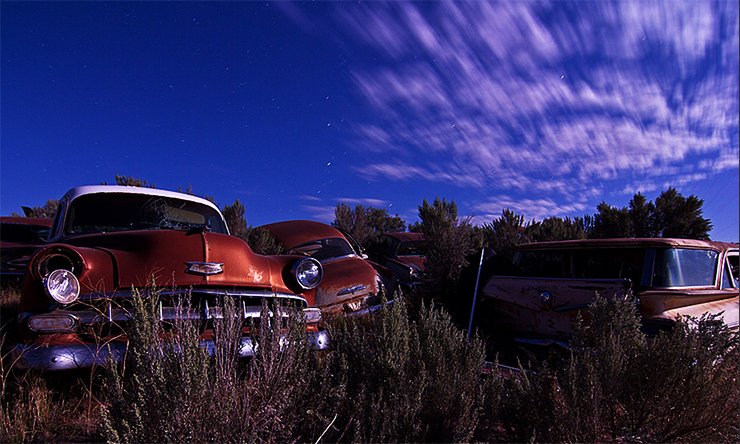 It was a song you couldn’t play with your parents around, but that you couldn’t turn off when they were away. It summed up the hope and promise of sexual freedom, and then darkly suggested that the promise might be empty. And, decades later, it still gets played regularly.

In October, 1976, Bob Seger released his album Night Moves. Its title song celebrates the sexual revolution at its peak — but ends with the sense that the party might end darkly.

On its 40-year anniversary, the song tells the backstory of the sexual revolution and its destructive lies.

First is the lie that sex is meaningless fun.

“Night Moves” starts with an irresistible guitar riff, then adds Seeger’s husky voice singing lyrics that revel in sexual reminiscences from high school. Seger remembers those “night moves” in a ’60s Chevy “out past the cornfields” in the “trusty woods.” Ah — it was “summertime, sweet summertime.”

But at the bridge the song takes an unexpected turn, jolting us into the adult present alongside the singer. In this new night, the memories we thought were a source of energy are now just a source of sleeplessness. The thunder and lightning that symbolized the excitement of young love have now turned ominous. Sweet summertime is over. “Aint it funny how the night moves? With autumn closing in,” he sings.

Most pop songs about sex leave out the second thoughts, the disappointments and regrets. But “Night Moves” — almost — goes there. It ends on the cusp of a profound realization, but the song has imbibed too deeply of other sexual revolution lies for that.

For instance, the lie that we are reducible to our body parts.

Our information about the couple in the song is limited to details about his height and weight, and her hair and breasts. The song sums up the two lovers not by their hopes, dreams, fears, interests or personalities — but by their body shapes.

This is the story of what the sexual revolution does, from Rod Stewart (“Da Ya Think I’m Sexy”) to Sir Mix-A-Lot (“Baby Got Back”) up to and including today’s half-hearted protests against body shaming like Meghan Trainor’s “All About the Bass.”

They all do the same thing: reduce us to our bodies and reduce the value of our bodies their sexual utility. This is a lie. We are more than that. To pretend otherwise inevitably leaves us feeling used and, eventually, useless. In fact:

Lies metastasize in the song as the singer covers for his pain.

“We weren’t in love, oh no, far from it / We weren’t searchin’ for some pie in the sky summit / We were just young and restless and bored,” sings Seger. “I used her, she used me / But neither one cared.”

Bob Seger has talked about this song a lot, so we know the real story. He was desperately in love with the Italian girl and was crushed when she chose someone else. By one telling, his early music career was just a series of vain attempts to win her back.

He was far more than “restless and bored.” He was, in fact, searching for the highest summit on which to connect with this girl. When sex is anything less, it wounds us. And it wounded the singer.

If “neither one cared” why would he be obsessing about it on sleepless nights in his 30s? Why would this song become a template for so much of Seger’s work thereafter?

Truly, he was “workin’ on mysteries without any clue.”

And now, 40 years on, the song has come true for the culture.

It has never been more obvious that the sexual revolution failed. It has left women unhappy and depressed, families torn apart, and inflicted America with an epidemic of sexually transmitted diseases.

The sexual revolution brought the divorce revolution, and now millions have shared details of Seger’s own biography. He came from a broken family. His father’s departure thrust his family to the edge of poverty with his mother, his brother and Seger all forced to work hard to make ends meet. Seger himself has been married three times.

I hope and pray he has found a way to the summit he — and the rest of us — have been restlessly searching for.


This article appeared in Aleteia.