Our Lady of Guadalupe and U.S. Immigration 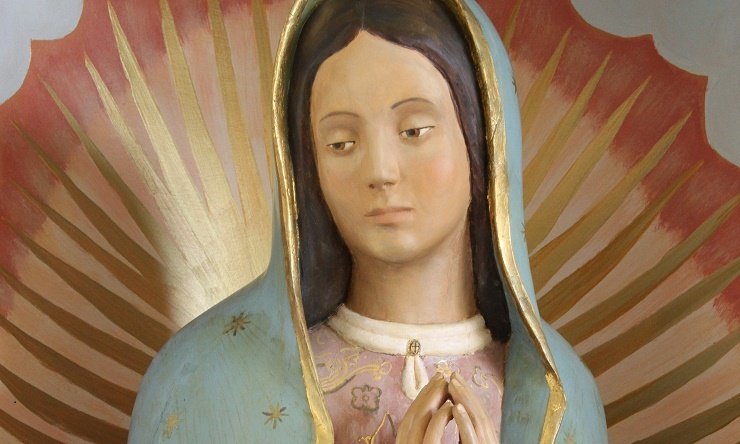 There are two dangerous wrong ways to respond to immigration in America. Then there is one right response.

The two wrong responses are the two extremes: block everyone out and let everyone in. The one right response is Our Lady of Guadalupe’s.

Pope Francis has argued against both extremes. He warned against unregulated immigration recently in Sweden, saying, “because so many of them are coming that there isn’t time to settle them, find school, lodging, work, learn the language.”

“What is the danger when a refugee or migrant is not integrated?” he asked. “He is ghettoized, that is, he enters a ghetto. And a culture that does not develop in relation with another culture, that is dangerous.”

This is not the first time he has issued this warning. In my book What Pope Francis Really Said, I quote his warnings about immigrant communities turning to crime.

He also praises the historical American Catholic response to immigration. We have faced immigrants with a bad reputation before — the Irish and Italians. In a a win-win-win (for the immigrant, the nation, and the Church) we helped them become good Catholics, and good Americans.

How can we do the same with Latinos? For starters, hang a picture of Our Lady of Guadalupe up in our churches. Then evangelize Latinos with those things only the Catholic Church can offer — the sacraments, the Blessed Mother, and popular Catholic devotions.

Americans have had great success getting Hispanic Catholics to go to church on Sunday — Protestant Americans, that is. One study says are more Latino Protestants in the United States than American Jews, Muslims, Episcopalians or Presbyterians.

Regardless their Mass attendance, though, 7 out of 10 Latinos still consider themselves Catholic. For now.

Sometimes we overthink the issue of Evangelizing Catholic Latinos. I don’t want to oversimplify it either. But the best way to evangelize immigrants is the way the Church did it last time: Encourage the real, hardcore Catholic devotions that the immigrants are already familiar with, and add catechesis on the sacraments.

On Dec. 12 we are reminded that American Catholics have one thing in common with immigrant Catholics, and it is something that Protestants can’t share with them: We love Our Lady of Guadalupe.

The image of the Blessed Mother as she appeared to Juan Diego is the identity badge of Catholic Latinos. In his document “The Church in America,” St. John Paul called her “the star of the New Evangelization” and said:

“America, which historically has been, and still is, a melting-pot of peoples, has recognized in the mestiza face of the Virgin of Tepeyac, ‘in Blessed Mary of Guadalupe, an impressive example of a perfectly inculturated evangelization.’”

We have to. Anything else in a cop out. Block everyone and you kill the American genius for incorporating people from many lands into one society. Let them all in and you destroy the American foundation in the rule of law that makes that incorporation possible.

Spoil either half of the magic E-Pluribus-Unum/rule-of-law equation and you endanger the peace and prosperity that has made America desirable in the first place.

It’s our job to strike the balance. Our future depends on it.

Our Lady of Guadalupe, pray for us!

This post modified from Aleteia and the Gregorian’s Fortnight series.

Enculturation, Immigration, Our Lady of Guadalupe