Sunday: Lord, Do Not Walk Away 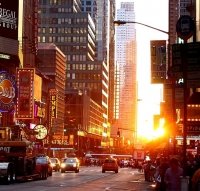 This Sunday’s Gospel reading (Fourth Sunday in Ordinary Time, Year C) shows how fickle people can be toward Jesus — and its lesson applies directly to Jesus in the Western world in the 21st century.

Jesus addresses a hometown audience and reads a scripture passage about the Messiah, applying it to himself. At first, his townspeople are enthralled. “All spoke highly of him and were amazed at the gracious words that came from his mouth,” says the Gospel.

But their reaction quickly sours. First, they remember his origins. “Isn’t this the son of Joseph?” they ask. Perhaps they remembered that he comes from a family that is all too human.

Then they want him to prove himself. They want their native son to do the wonders at home that he has done elsewhere. Jesus doesn’t only refuse to impress them or show that he is better than his background, he points out that God doesn’t play hometown favorites.

“There were many widows in Israel in the days of Elijah,” says Jesus. “It was to none of these that Elijah was sent,” but to a foreigner in another land. He gives other examples, as well.

How quickly our attitude changes toward Jesus. In a flash, he went from proud son to local disgrace. The Gospel says that “they were all filled with fury. They rose up, drove him out of town, and led him to the brow of the hill on which their town had been built, to hurl him down headlong.”

At the end of the Gospel is a curious phrase: “But Jesus passed through the midst of them and went away.” Jesus, faced with a crowd intent on killing him, simply made himself unavailable for execution — seemingly by some extraordinary power that is expressed in subtlety.

Jesus from the first made a home in the West. Rome became the hometown of the Church, his body. The expansion of Europe and its colonies became synonymous with the expansion of Christianity. You could say that for centuries in the West “all spoke highly of him and were amazed at the gracious words that came from his mouth.”

But at a certain point, Jesus started to lose popularity in his Church’s native places. Starting in the Reformation and picking up speed in the Enlightenment, the West started to focus on how all-too-human Jesus’s family, the Church, has been.

Cardinal Christoph Schonborn, when he visited Benedictine College, commented on this phenomenon of his own people getting “tired” of Jesus.

“Sometimes I have the impression that what we are living now in Europe is exactly described in this scene,” the cardinal said. “We are Nazareth. . . We are tired of him. With all our beautiful cathedrals and monasteries … and the great witnesses of sanctity, we are tired of him. We are looking for Buddhism, for all kinds of strange ideas, or simply secularism.”

Cardinal Schonborn said he is haunted by the thought that Jesus might simply do what he did before and “pass through the midst” of us and go away.

Then he began to plead. “Do not leave the Church in Europe, who were so enthusiastic about you through all the great ages of Christianity in Europe.”

“Lord do not abandon us!” he said.

As more and more in America seem to be ganging up on him and forcing him out of the public square, the workplace and our schools, we, too, pushed him to the edge of a cliff. We can pray the same thing in America: Stay, Lord. Help us learn to love again, with the real love St. Paul describes. Deliver us, as the reading from Isaiah promised.

Do not just pass through the midst of us and walk away.