The Effect Pope Francis Has Had 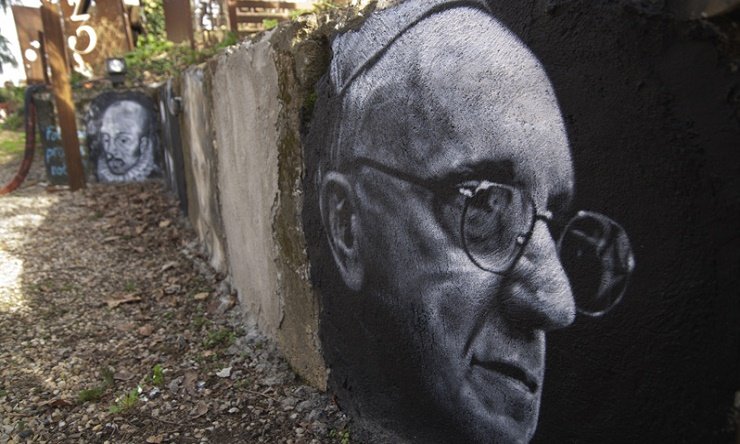 “John Paul spoke powerfully about mercy. But Pope Francis got me to change my life.”

That is one way Dr. Alan Schreck, the theologian who organized a November Symposium on Pope Francis at Franciscan University of Steubenville, summed up the conference’s conclusions.

He had been struck by the same thing I was. Keynote speaker Ralph Martin had said that in all his years of apologetics and evangelization he had done only limited service work. Until Francis.

“Now my wife and I have begun work with the St. Vincent de Paul society and found it immensely rewarding,” he said.

Schreck agreed. “I have also responded to Pope Francis’s call to service.”

I have found the same thing here at Benedictine College. Our theologians struggle to understand how to square Chapter 8 of Amoris Laetitia with the tradition of the Church. But they are doing things they never did before: serving more and wasting less.

The Symposium was an eye opener for me about what American Catholics think of Pope Francis. As I wrote earlier, one question burned in the background of many discussions: “Why is the pope making Catholics so mad?”

But if Pope Francis sometimes irks the intellect, he sparks the will: Catholics are doing more for others.

Archbishop Charles Chaput told the Symposium that Pope Francis moves people by appealing, like St. Augustine, to our restless hearts.

He cited a 2013 homily of Francis to the Augustinians. “Francis asked the delegates to look into your hearts and ask yourself if you have a heart that wants great things or a heart this is asleep,” Chaput said. “Has your heart maintained Augustine’s restlessness or has it been suffocated by things?”

I note the same phenomenon in my book. Pope Francis has a way of reminding us of why we are Christian in the first place: Because at one point in our lives, we realized something was missing, and in the life and words of Jesus Christ, we discovered our own deepest purpose and peace.

That kind of experience doesn’t just touch our minds, it moves our hearts. And our wills.

It’s a perfect reminder for Advent: Pope Francis calls us to Christian simplicity and service — in other words to prayer, fasting and almsgiving.

And he doesn’t just want “horizontal” action — service to the materially needy. He wants us to preach the Gospel to everyone, too.

Ralph Martin said that what Pope Francis really wants is for us to take the message of Jesus Christ into places the Church otherwise could not go: Into our workplaces, into airports — and into the stands of kids’ Little League games.

Martin  shared his favorite paragraphs from Evangelii Gaudium. He summed up No. 120 as: “Every Christian is called; training not needed.” Then he quoted No. 127:

“There is a kind of preaching which falls to each of us as a daily responsibility. It has to do with bringing the Gospel to the people we meet, whether they be our neighbors or complete strangers. This is the informal preaching which takes place in the middle of a conversation, something along the lines of what a missionary does when visiting a home. Being a disciple means being constantly ready to bring the love of Jesus to others, and this can happen unexpectedly and in any place: on the street, in a city square, during work, on a journey.”

Pope Francis even adds, in No. 128, that it might even be appropriate at times to close these encounters with a prayer.

Archbishop Chaput saw Francis fighting the “key sin of the 21st century” — despair — with evangelization. “Like St. Paul, Pope Francis sees the source of Christian joy in the act of seeking the Gospel, and of sharing the good news with others,” he said. “If we don’t share our faith we lose it. Without a convincing faith we have no reason for hope. And without hope we turn more and more inward and lose the capacity to love.”

It is that love that is the real “Francis Effect” and there are many theological ways to describe it.

Matthew Sutton from St. John’s College used language from the business world to say that Francis sees the Petrine office (the pope as “Peter”) as a “disrupter” – a way to shake up and refocus the Church on its core value, reaching the lost with Jesus Christ.

Dr. Josephine Lombardi of St. Augustine’s Seminary of Toronto said Francis wants the Church to look to Mary as its model, and not just Peter. “He agrees with John Paul II, who said the Marian dimension of the Church always precedes the Petrine.”

But they all seemed to agree on one thing. “There is a ton of stuff being done,” Father Robert Spitzer said, citing parishes that are making room for the homeless. “One of the major reasons is because Pope Francis has inspired that.”

This Advent is the perfect time to join in.

This appeared in Aleteia.