Are Church Rules Stupid? A Dialogue With a Teenager 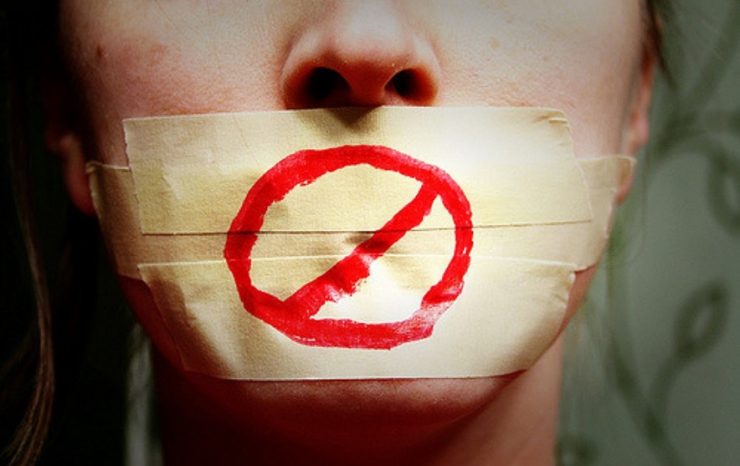 “Ugh. I can’t eat my ham sandwich. I forgot it’s Friday. Which, by the way, is totally stupid. Lots of Catholic families are eating hamburgers right now — but not us!”

“That’s fine. They must do an alternative sacrifice. We don’t, because we never quite find one when we try. And actually, this Friday is a solemnity so meat is fine.”

“Oh my gosh, that we can randomly have meat on this particular Friday is even more stupid. Catholics have so many arbitrary rules!”

“It’s not arbitrary. It’s from love. We love Jesus so we remember his death on Friday by offering a sacrifice or we celebrate with him if it’s a solemnity.”

“It’s not about impressing Jesus, it’s about solidarity with him. Like when people shave their heads when their sister is getting chemotherapy. Or like when we all gave up treats because Nana couldn’t eat except through a feeding tube. It’s a sign of love.”

“Okay, but it’s stupid to make it a random arbitrary rule. When we die, I’m sure Jesus isn’t going to ask everyone if they sacrificed on Friday or not and send them to hell if they didn’t.”

“It doesn’t work that way. No one would punish you if you didn’t shave your head for your sister with leukemia, of if you didn’t give up candy for Nana. But your relationship with them would be weaker without the solidarity. When you die you want to run to Jesus whom you have spent a lifetime loving, and you want him to open his arms because he recognizes you. Heaven is the flowering of a relationship, not the passing of a legalistic exam.”

“Then why all the arbitrary rules? Why the Ten Commandments?”

“The Ten Commandments aren’t arbitrary. They are rules all human beings have recognized throughout time, without ever hearing them — the natural law. People know that it is wrong to steal, lie and kill and that we should worship God. It is just helpful for us to spell them out.”

“Okay, which commandment is about meat on Friday?”

“That’s a precept of the Church – a rule only for Catholics. It’s not wrong in itself to eat meat on Friday, or not go to communion and confession once a year, but the Church spelled out those basic minimum relationship rules for us. And you know what? There are only five precepts of the Church. The world has a lot more than that.”

“What? The world doesn’t have a bunch of rules like religions do!”

“Wrong. The world is like a cult that brainwashes people to cringe and bow and acquiesce to its crazy rules.”

“Huh? Name some of those rules.”

“Because they’re stupid and I don’t want to wear them.”

“But even if you liked them, you couldn’t wear them. Your peers don’t allow it. You also have to wear only certain kinds of jeans, tops that meet a very strict code of what is cool, and on and on. Can you imagine if the Church had rules that strict about what we wear every day?”

“Okay, so fashion is too trendy. But that’s only one thing.”

“That’s just the beginning. There are rules about what you can say and what you can’t say. You can’t use slang from the 1990s, you can’t talk about off-limits topics, and there is a whole code of which thoughts you have that are politically correct enough to voice publicly.”

“Okay, but no one would say you’re a sinner if you did any of those things.”

“Worse, they would excommunicate you.”

“Come on. It’s the Church that has all this insistence about what you have to believe and what you are not allowed to believe.”

“Nonsense. Can you disbelieve in gravity, or dinosaurs?”

“Why would you want to? Those things are just true.”

“Well, it would be just as silly to reject the first principles of the faith like God’s providence and grace.”

“Okay, but there are all kinds of added things the Church makes you believe. Like the Assumption, the Virgin Birth and Fatima.”

“Well, Fatima doesn’t belong on that list, but if you struggle with the other two, you can still be a good Catholic. You just have to refrain from publicly denouncing the belief. If you reject secular beliefs the penalty is much harsher.”

“Like global warming, evolution by natural selection and transgenderism. You have to believe these things or be reviled and rejected.”

“But you said there is strong evidence for global warming and evolution.”

“Whether those three things are true or false, the fact still remains that people who dissent from them are rejected and reviled.”

“Fine, the world has rules too. Maybe it’s just human nature to make rules. The Church may or may not be worse, but it’s definitely just as bad.”

“Really? I find the Church provides clarity and peace if I keep my eye on the end goal: Jesus. But the harsh, arbitrary rules of the cult of the world cause confusion and stress and seem to have no clear end goal. For instance:

“Fine. Nice rant. I get it. Want some of my sandwich?”

A version of this article appeared first at Aleteia.