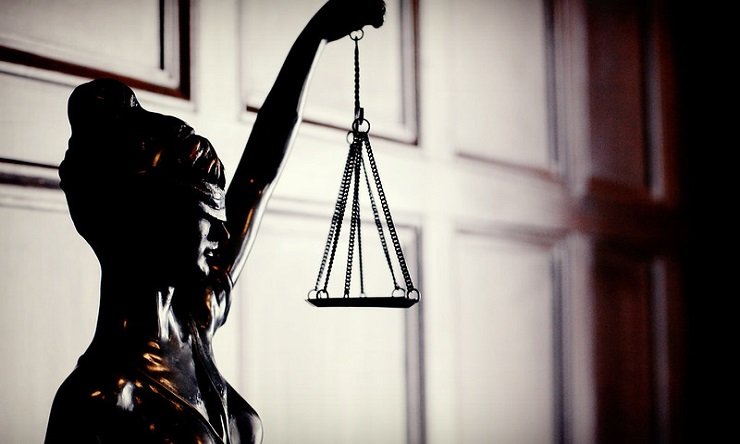 The readings for this Sunday (the 32nd Sunday in Ordinary Time) are good for the weekend before Election Day. They teach that justice on this earth is worth fighting for — but that the battle is only beginning when you lose.

The first reading is about the Maccabee brothers, who face persecution by the Syrian authorities. They fought bravely for the religious freedom of the Hebrews, but they were defeated.

In defeat, they switch from battling for temporal justice to battling for eternal glory. Their captors arrest them and force them to eat pork in violation of God’s law. They refuse, and choose death instead.

“The King of the world will raise us up to live again forever,” says one brother. “It is for his laws that we are dying.”

After all, though they fought the good fight to change their country, the point was never the politics. The point was to gain what a just society offers: the opportunity to seek things of eternal value.

Doing God’s will is the greater fight, and the happiness of the next world is ultimate happiness.

Jesus in the Gospel makes exactly the same point: Everything in this life is meant to serve God’s eternal purpose.

He answers a tragic hypothetical question with a transformative answer. A Pharisee describes a string of deaths making one woman the wife of a string of brothers.

Jesus answers by making the idea of an earth-bound existence look absurd.

When our bodies rise, we are no longer married, he said. Those in heaven “can no longer die, for they are like angels; and they are the children of God.” He cites the words Moses at the burning bush encountering “the God of Abraham, the God of Isaac, and the God of Jacob.”

“He is not God of the dead, but of the living,” says Jesus.

He makes the same point as the first reading: We work to be happy in this world knowing that we will only be truly happy in the next.

Marriage and family life is crucially important. It is the state in life for most Catholics, and God raised it to the level of a sacrament to show its importance. But if we decide that our marriage is going to be the exclusive vehicle for our fulfillment and happiness, we are destined to be disappointed.

Ultimately, marriage, like the other sacraments, is a sign and source of grace that comes from elsewhere: the grace of our Father in heaven. It’s not in the sacraments themselves that we find ultimate happiness, but in the one who is present in them: Christ.

If it sounds strange that when you meet your spouse in heaven you won’t be husband and wife anymore, imagine what the opposite would be like. Even the best marriages require compromise and sacrifice because each of us is imperfect. Imagine dooming April Hoopes to an eternity of attachment to Tom Hoopes.

On the other hand, we can be confident that heaven will be a place that is familiar and comfortable to us. Just as Jesus retained his relationship with his friends after his resurrection, April Hoopes will probably throw a smile my way, but our happiness will be supplied from elsewhere.

Like the Maccabee brothers, we can endure the sufferings of this life knowing they are just a preparation for a more significant eternal existence. Like the wife in the Gospel, we can live through this life’s tumult and arrive to a place where one love conquers all others.

Of course it is extremely important to work for just laws and for human happiness, including this Election Day. But Jesus didn’t come to solve this world’s problems here and now. He came to bring the cross, the only way to heaven.

We are all Maccabees now.