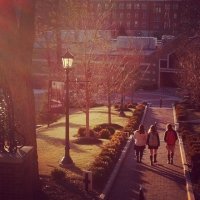 As secular universities are noisily abandoning freedom of thought and inquiry, Catholic universities that follow Ex Corde Ecclesiae need to tell the world: on our campuses, freedom still reigns.

Ex Corde Ecclesiae (“from the heart of the Church”) is St. John Paul II’s 1990 Apostolic Constitution on Higher Education, and its vision of academic freedom in the pursuit of truth is an important corrective to what is happening at major secularized universities.

The greatest universities in America started as religious schools. Yale was started by a Puritan clergyman; Harvard was named for one. Princeton was a Presbyterian school. They were all started to proclaim the saving grace of Jesus Christ and to add rigorous study to religious doctrines.

But when Jesus fell out of fashion, the leading secular universities moved away from their religious origins. Ironically, this has led many at these universities, in the 21st century, to active opposition to academic freedom and rejection of the unfettered search for truth.

At Yale, a recent video shows students happily signing a petition to repeal the First Amendment of the U. S. Constitution which guarantees free speech, because, as one signer puts it, “You shouldn’t be exposed to things you don’t want to hear.”

At Harvard, the student newspaper recently argued that the time has come to “give up on academic freedom in favor of justice.” Truth is no longer the goal; politically correct truth is. “If our university community opposes racism, sexism and heterosexism,” wrote Sandra Y. L. Korn, “why should we put up with research that counters our goals simply in the name of ‘academic freedom’?” (h/t M. G. Oprea).

On Aug. 30, a statue of Woodrow Wilson was removed from Princeton’s campus because it represented offensive ideas. Ironically, on that same day ISIS bombed a temple in its own campaign to destroy statues that represent offensive ideas.

It seems that dogmatism and sectarianism are alive and well in American academia. How did this happen?

First: because in order to seek the truth without fear, you need to believe that you have nothing to fear from the truth.

Catholics believe this. As Pope John Paul II put it in Ex Corde Ecclesiae, “A Catholic university is completely dedicated to the research of all aspects of truth in their essential connection with the supreme Truth, who is God. It does this without fear but rather with enthusiasm, dedicating itself to every path of knowledge, aware of being preceded by him who is ‘the Way, the Truth, and the Life’” (No. 4).

For Catholics, Truth is a person — a person who also goes by the name Love. For universities that profess atheism or agnosticism, this is not the case. Truth is not absolute; it is a political construct, and when someone else’s truth challenges the assumptions of mine it is a “micro-aggression” from which I need a “safe space.”

Second: because Catholics declare what their first principles are, they can tolerate each discipline’s own principles.

The Church got into trouble in the past when it declared that theological truths are fundamental and reacted against scientific truths that challenged theological assumptions.

Now, the opposite is happening: Empiricism treats science as the only path to truth and will not tolerate challenges to its assumptions. The new Truths That Must Not Be Contested include absolutist Darwinism and politically correct understandings of gender and sexuality.

In Ex Corde Ecclesiae, however, the Church declares that as long as “a Catholic University possesses the autonomy necessary to develop its distinctive identity and pursue its proper mission” the “freedom in research and teaching is recognized and respected according to the principles and methods of each individual discipline.”

In other words, by claiming the ground on which it stands, the Catholic college can allow each discipline to pursue its own path. Even theology “has proper principles and methods that define it as a branch of knowledge. Theologians enjoy this same freedom so long as they are faithful to these principles and methods.”

As a marketing guy for a “Newman Guide” Catholic college, let me speak to my colleagues: If we are sheepish about our place in academia, we shouldn’t be. We are the ones who are still seekers for the truth, because we are the ones who still believe there is a truth. We are not faith camps with classrooms; we are the future of academia.

At Benedictine College, that means scientific progress is something you both work and pray for; it means top-notch theology and top-notch engineering.

Going to an authentic Catholic college doesn’t means you check your reason at the door. We are reason’s last guardians.