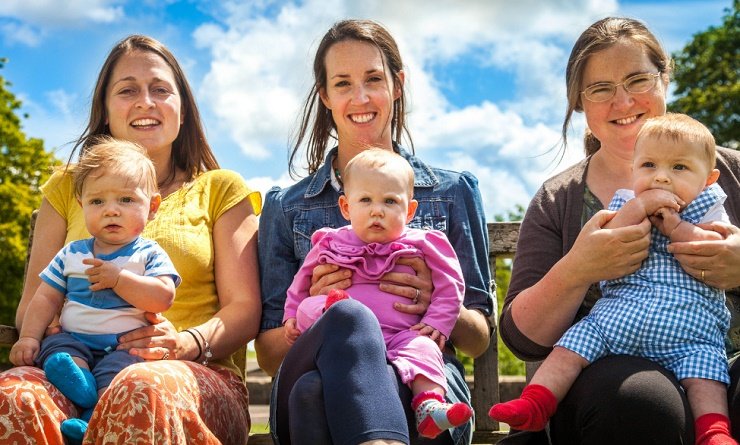 This is why Alexander Hamilton is a big deal. While he had a small hand in winning the Revolutionary War, where he really shone was in winning the “Second American Revolution” that translated the audacious pronouncements of the Declaration of independence into the everyday freedoms of the U.S. Constitution.

It was the same with the aftermath of the Second World War: Japan’s resurgence and Eastern Europe’s disappearance happened entirely because of those who controlled the peace in each place. What we are witnessing in Iraq today is the same phenomenon: ISIS is filling the vacuum left by its invaders’ precipitous departure after the war.

In the aftermath of the culture war, Catholics are uniquely posed to win the peace … on the condition that we are true to the Church’s teaching on marriage.

First, those who are open to life own the future.

“The contemporary historian of ancient Greece and ancient Rome saw their civilizations begin their decline and fall, both the Greeks and the Romans attributed it to falling birth rates because nobody wanted the responsibilities of bringing up children,” he said. “They were too focused on enjoying the present to make the sacrifices necessary to build the future …. all the historians of civilization have told the same story.”

Catholic teaching on openness to life provides the antidote to this trend.

As Pope Francis put it, “A society that’s stingy in reproducing itself, that doesn’t love being surrounded by children and considers them to be a worry, a burden, a risk — is a depressed society. Think of the many societies that we know here in Europe: they are depressed because they do not want children and do not have children. The birth rate does not even come to one percent. … If a family abundant in children is seen as a burden, there is something wrong.”

Those who are closed to life will lose the culture war by attrition. A Catholic church that embraced Pope Francis’s attitude would win just by virtue of being the last man standing.

Second, marriage according to the Church’s teaching will drive the future of the economy.

There is a reason that, even as stocks hit record highs, economists are actively wondering when the economy will tank. The problem is, the fundamentals of the economy are increasingly unsound.

A sound, lasting economy depends on money representing real value. The strongest economy is one in which people save money and invest it in their communities. Today, with disincentives to save built into every layer of the system, half of us have more debt than savings. The consumerist economy creates bubbles of illusory value that sparkle, bulge, then burst.

Marriage as it always used to be defined is absolutely essential to the first kind of economy. Marriage causes people to settle down, have children and intensely focus on exactly the kinds of community-centered economic activities (recent research lists them) that lead to sustainable prosperity.

Marriage as it always used to be was a pact the state made with committed couples whose relationships naturally, inevitably, produce children. The state gave them a special status that protected and aided them; they gave the state the basis for sustainable economic prosperity.

Last summer, that pact was cancelled. New marriage laws say loud and clear: Relationships that naturally bear the burden of children deserve no special status and will receive no special help.

Gay marriage codified a redefinition of marriage that started with no-fault divorce and contraception. Marriage has stopped being a lifelong partnership focusing each generation on the next; now it is just courthouse registry of intensely felt but temporary romances.

How long can the government discourage the kind of marriage that leads to long-term growth and encourage ephemeral relationships in the face of an already challenging bubble economy? Sadly, we will find out soon. What will we do then?

The point is, we should start preparing for the future now.

Now is not the time to be wary, timid and defensive. Now is the time for religious resurgence. There is no need to shiver and shake in fear of the secularists; we are the future. They are the past.

And if there are good reasons to fear Islamicists because of the current wave of terrorism, there are also reasons to see the opportunity to show them a better way.