What America Has That the EU and ‘Brexit’ Don’t 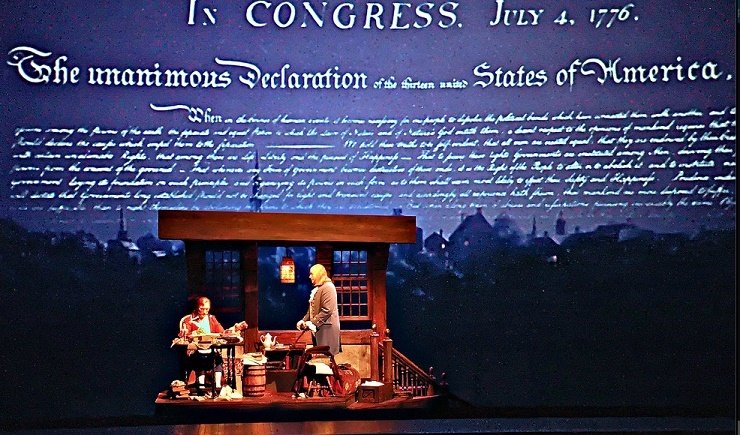 I predict that Great Britain won’t celebrate its Brexit’s 240th — and that the European Union won’t last either. You can check on me in the year 2256 — but we will probably know a lot sooner.

The American revolution succeeded because we got one critical thing right: We saw ourselves as “one nation under God” from the beginning.

As Kevin Seamus Hasson puts it in his new book Believers, Thinkers, and Founders, “Where the English nation historically has had Anglicanism, and before that Catholicism, America instead has a philosophy, and on the basis of that philosophy our government presupposes the existence of a God who endows the people with rights.”

In America, writes Hasson, we founded our rights on God. “That choice cannot simply be walked back after more than two centuries without abandoning the foundations of the rights themselves,” he says. “And one of the most terrible lessons of the twentieth century is that a state does not long sustain cognitive dissonance about what rights its people have.”

God is eternal. We are not. God is limitless truth. Our vision is subject to corruption. If we aim for God, we get something short of his perfection, but we at least land somewhere in his direction. Take God out of the equation, and who knows what direction we go.

Our founders included the pious, the impious and the indifferent. But they pledged their “lives fortunes and sacred honor” to a document committing their nation to a vision of their “creator” and the rights he gave them.

The American history that followed is in one way inevitable. If you tell everyone from the beginning that they all “are endowed by their Creator with certain unalienable Rights, that among these are Life, Liberty and the pursuit of Happiness,” then you’re practically guaranteeing a Harriet Tubman, William Douglas, Harriet Beecher Stowe and Martin Luther King Jr. will rise up and demand you keep your word.

It’s an easy argument in America: We all already know what we are supposed to be getting.

But who can arise in post-Brexit England and Europe? Not faithful critics; only angry revolutionaries.

What foundation does post-Brexit England have? Love for the queen? Unease at Greece’s self-destruction? Worry about immigration? At any rate, they don’t have, and don’t want, an all-powerful creator who made them in his image.

And what does the European Union have? Only the fragmented remnants of shattered Christian values: They have tolerance but not truth, unity but not solidarity, humanity but not transcendent human dignity.

They don’t trace their identities to a creator; they create their own identities. And they don’t see a Truth that they have to journey toward; they see true things that they can pick up or lay down based on their expediency.

On the day before Pope John Paul II died, Cardinal Joseph Ratzinger made just this point in a major speech upon winning the St. Benedict Award for the promotion of life and family in Europe.

“Only through men who have been touched by God, can God come near to men,” he said. He deeply criticizes the European Union’s refusal to acknowledge God, or even the continent’s Christian roots, in its constitution.

“Europe has developed a culture that, in a manner unknown before now to humanity, excludes God from the public conscience,” he said. But “the radical detachment of the Enlightenment philosophy from its roots becomes, in the last analysis, contempt for man.”

Ratzinger believed so strongly in that vision that as pope he took the name of the original creator of European unity: Benedict.

Pope Francis makes the same point. He told the European parliament: “A Europe which is capable of appreciating its religious roots and of grasping their fruitfulness and potential, will be all the more immune to the many forms of extremism spreading in the world today.”

He added that a godless Europe won’t. “It is precisely man’s forgetfulness of God, and his failure to give him glory, which gives rise to violence,” he said.

A European Union without God — and a Great Britain without God — is a do-it-yourself ad hoc coalition of globalist opportunists who will drive their political organizations into oblivion sooner or later. I’m betting on “sooner.”

An America that rejects God will quickly follow suit.

So this July 4, as the Fortnight for Freedom ends, pray for the future of America. It is — entirely — in God’s hands, and in ours only insofar as we are trying to be on his side.