What Would Flannery Read? Book Picks From the ‘Hillbilly Thomist’

A master of the short story, Flannery O’Connor’s reputation has only strengthened in the fifty-two years since her death. “The hillbilly Thomist,” as O’Connor wryly dubbed herself, had a remarkably keen intellect, a sharp sense of humor, and little sufferance for those who only pretended to have either.

She was, in other words, the last person you wanted reviewing your book.

Nonetheless, she was asked to review nearly 150 books, and her reviews—published mostly in diocesan newspapers—are, as expected, trenchant and witty.

Alas, even used copies of The Presence of Grace and Other Book Reviews, the slim collection containing them, are pricey. I unexpectedly found an affordable one last week, so let’s dive in.

Some are still bestsellers. Others have been out of print for decades. What books did Flannery O’Connor, a writer’s writer and a critic’s critic, find worthy? Here’s a sample. 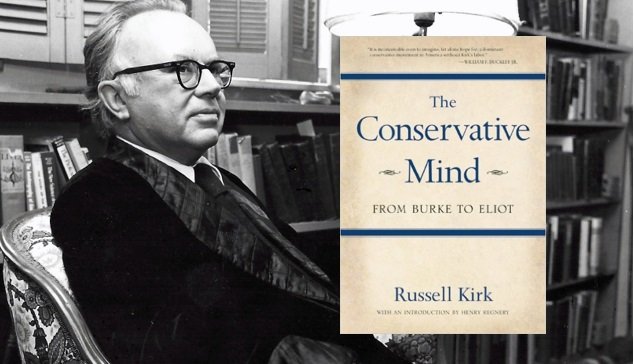 O’Connor was actually reviewing a collection of Kirk’s essays, but since such assortments are “necessarily repetitious and occasional,” she recommends The Conservative Mind or “any of his other books” as “a better introduction.” She agrees with other scholars that Kirk’s books ought to be admired “both for their thought and the vigor with which it is expressed.” In fact, O’Connor finds that Kirk has succeeded where few others have: he has made “the voice of an intelligent and vigorous conservative thought respected in this country.” 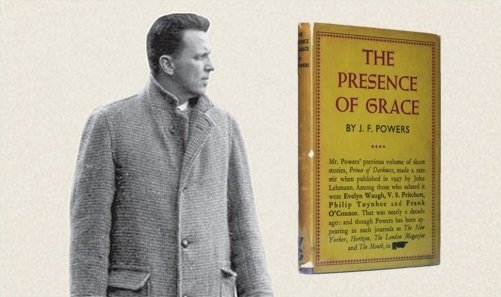 This collection of short stories is endorsed on the book jacket by the one and only Evelyn Waugh. O’Connor finds in Powers “one of the country’s finest story writers.” This book’s selections focus on parish life, and Powers has depicted the characters we all know in this sometimes rough and tumble world. The author “has suffered them,” writes O’Connor, “and has come through with his Faith intact.” O’Connor does wonder, however, why Powers uses a cat as “the Central Intelligence” in two stories, which “lowers the tone and restricts the scope” of his writing. Hopefully, she writes, the cat will have “only one life left and that some Minneapolis motorist, wishing to serve literature, will dispatch him as soon as possible.” 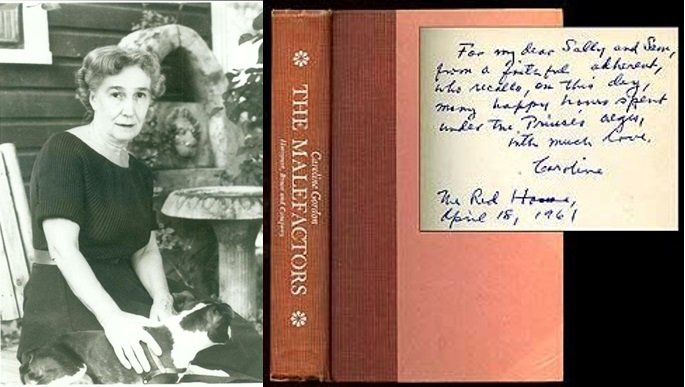 Writing in early 1956, O’Connor dubs this novel about a poet with writer’s block “the most serious and successful fictional treatment of a conversion by an American writer to date.” She warns, though, that while the book is “profoundly Catholic in theme,” many Catholics will not give it the attention it deserves. Given that it depicts adultery, readers are “liable to be shocked by the kind of life portrayed in it.” 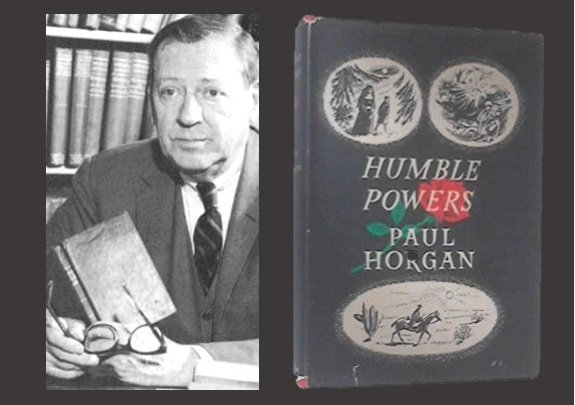 This collection of three novellas shows that “triumph by the exercise of virtue…can be found, and in this case for 65 [cents].” O’Connor lauds Horgan’s “completely drawn characters” and his ability to depict the triumph of virtue authentically because it is set “against a background whose roots are recognized to be in original sin.” Horgan has not had to choose between the false dichotomy of artist and Catholic, O’Connor implies; he is “so far as can be judged from these three stories…completely both.” 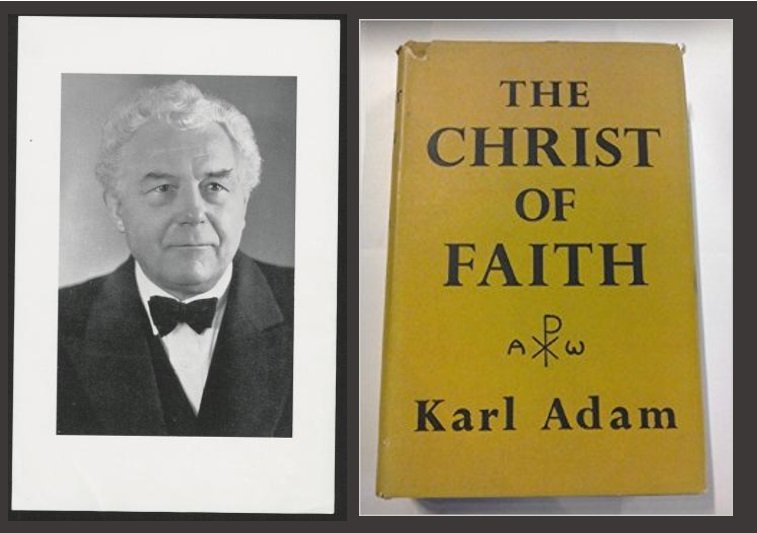 “A master work by one of the Church’s greatest living theologians,” assesses O’Connor, this book on Christology complements legitimate historical-critical and mystical works with its approach “based on tradition and dogma.” O’Connor sees Adam’s work as an especially valuable refutation of syncretism and of “the errors of liberal theology.” 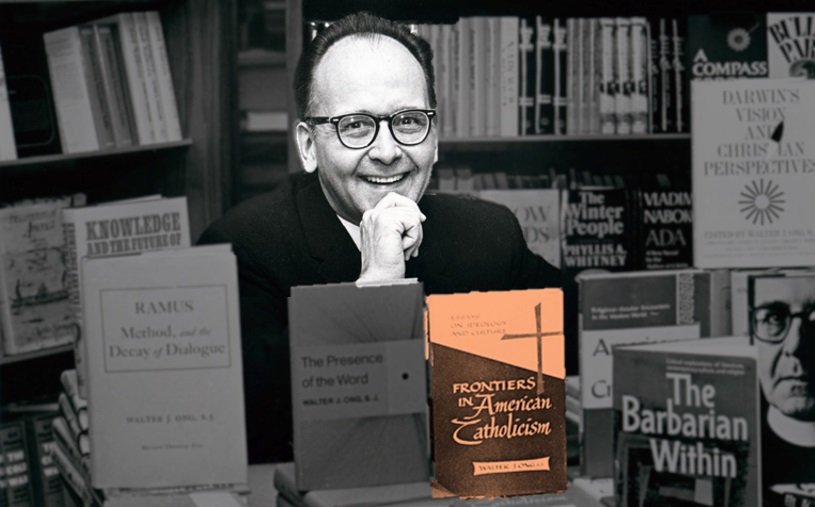 “These six excellent essays,” O’Connor writes, address “some of the cultural and ideological problems which face American Catholicism today.” Encouraging American Catholics to engage the allure of “technology and science” in light of phenomenology, Ong brings a philosophical approach to modern questions. How do we understand “the social surface of life in the United States” in light of the Catholic intellectual tradition? O’Connor recommends these “fine essays” that “should not be missed now that they are available at this low price.” 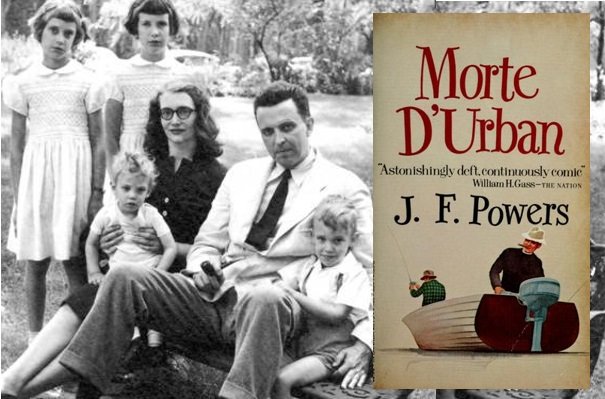 This highly anticipated novel turned out “altogether better than the chapters published separately” in contemporary magazines, writes O’Connor. Father Urban, the protagonist, is a driven man in a lukewarm religious order, and he tries to build an on-site golf course, presumably to enliven his fellows. “But Father Urban’s soul is worth saving,” O’Connor observes, “even…at the expense of the golf course.”Anticipating that readers might allegorize Father Urban as the proto-typical American priest, O’Connor encourages them to see that “Father Urban represents Father Urban.” She doesn’t hold back in her estimation of Powers: he is “a comic novelist, moreover the best one we have.” 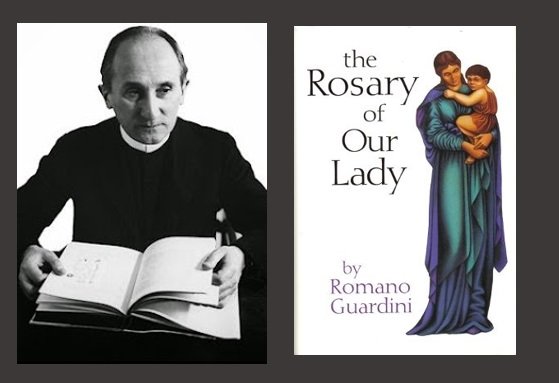 Impressed by “the total absence of pious cliché” in Monsignor Guardini’s writing, O’Connor finds his book on the Rosary especially empathetic. The “modern difficulties and preoccupations” he addresses “are his own…he does not stand on a height above the modern mind.” Moreover, Guardini doesn’t endorse the Rosary “as a cure-all for every spiritual infirmity” but rather as Marian-inspired consent “to the birth and growth of Christ in the person praying.” Guardini’s writing appropriately “proceeds slowly and with a simplicity that reveals a depth of meaning.” 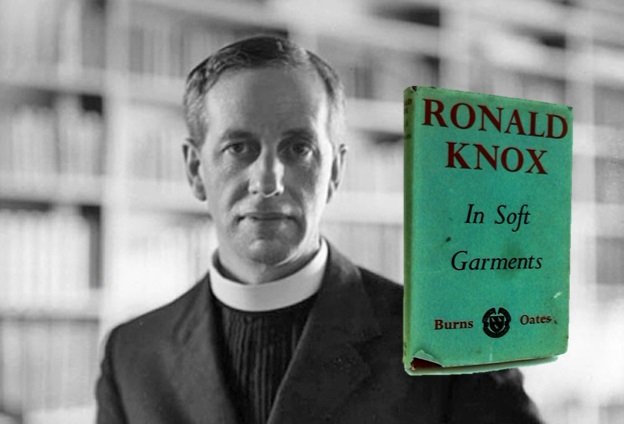 The lectures in this collection were originally delivered in order to help Catholic students keep the faith while at Oxford, where Monsignor Knox was chaplain. O’Connor presciently observes that “American Catholic students attending secular education institutions” need the same thing. The talks in this book “deal with the essentials of the Faith and will have value for any Catholic reader at any time.” Knox’s writings here are particularly helpful for inter-religious dialogue: “He deals with apologetics with perception and urbanity and with a laudable absence of unction.” [Image copyright Ignatius Press, which sells this book as “classic Catholic apologetics.”]

Dr. Stephen Mirarchi is Assistant Professor of English at Benedictine College in Atchison, Kansas. His academic work has appeared in Christianity & Literature, Religion & the Arts, Seminary Journal, Homiletic & Pastoral Review, and others. His journalistic work has been published in the Boston Globe, the National Catholic Register, Crisis, and others. Originally published by EpicPew.